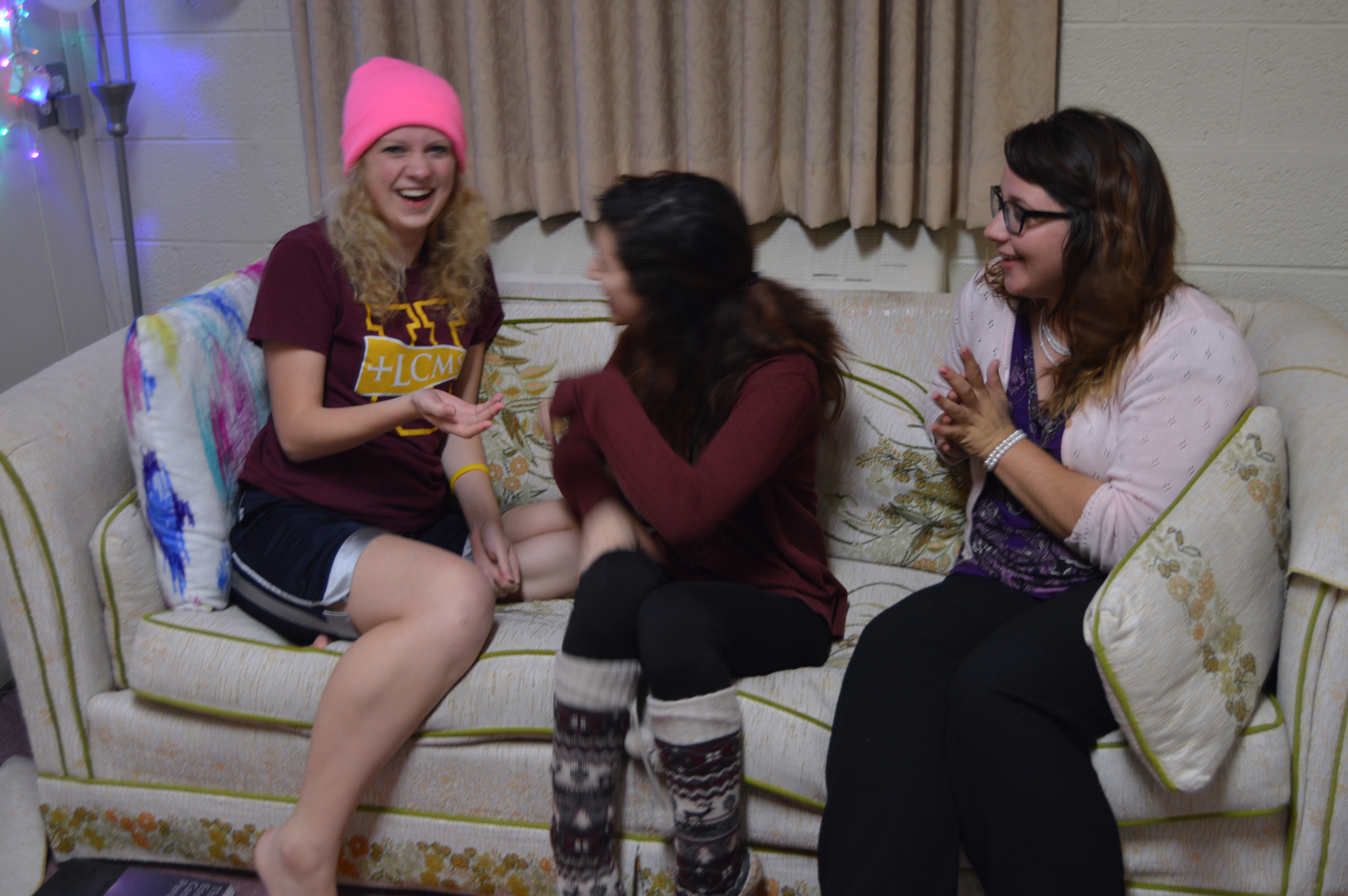 After only being a Resident’s Assistant for a little more than a semester, Kaitlin Jandereski is already certain that she loves her job.

The Bad Axe senior said while her job can be chaotic, it’s encouragingly fun to get paid to get to know a person’s story and what makes them who they are.

“I get so caught up in my wacky schedule that when I walk into the hall, I have to remind myself to stop and smell the flowers,” Jandereski said. “In the case of my job that means asking my residents, my staff or my deskies how their day was. I love that. I wish the rest of the world had as cool of a job as I do where everyone would get paid to remember to be kind to one another.”

Jandereski, who joined the Beddow RA staff at the beginning of last semester, didn’t choose to become an RA to save money, but because of the influence her mom had on her as a kid.

“I grew up in a household where my mom made sure I was always looking out for my brothers,” Jandereski said. “She made sure I told them that I loved them every single day. Since day one, I was engulfed in a world where I was made to know that people matter. Knowing that Residence Life only wishes the best for the students here at CMU is a comforting thing and I wanted to continue being part of a community where people knew that people matter.”

Grand Rapids freshman Devon Rademacher, one of Jandereski’s residents said she is a great addition to Beddow Hall.

“Kaitlin is super fun to be around and likes to include everyone in her ideas,” Rademacher said.

“I love having her here as positive reinforcement,”Rademacher said. “I think she goes out of her way to make everyone feel involved and tries to get to know people.”

Alexis Denoyer, another RA in Beddow hall said that Jandereski has many qualities that make her a great RA, but also several that make her an amazing person.

“She is such a kind person who genuinely cares about people and she’s not just doing it for the job, she’s doing it because that’s who she is,” Denoyer said. “She is there for her residents, is a team player on staff and just has such a quirky and caring personality that makes her stand out as a phenomenal RA that people can really trust and go to for whatever their needs are.”

Denoyer also says that her best quality is her genuine personality.

“She’s always putting others before herself and has something positive to say in all situations,” Denoyer said. “It makes it really difficult to be anything but happy around her because she’s full of smiles, positive vibes and kindness. She’s one of the many kind-hearted siblings in our Beddow family who brings her own twist of happiness to everyone who is lucky enough to spend time with her.”

For Jandereski, the best part of being an RA isn’t the free candy in her boss’ office, getting to patrol the halls or taking crazy photo shoots with the other RAs.

“I love knowing that no matter how mucky and draining my day was I can come back to a home where I am greeted with a smile and I can smile right back to those around me,” Jandereski said.