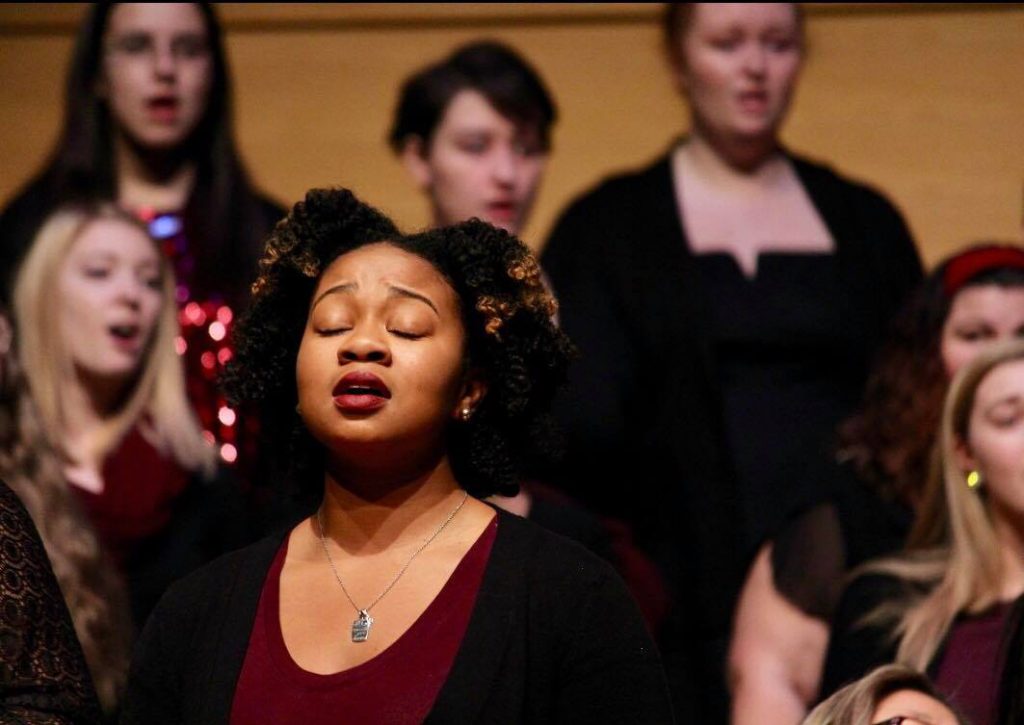 By Justin Cooper, photos and video courtesy of Essence Simmons

Waterford junior Essence Simmons is a person for whom singing is neither work nor a hobby, but a lifestyle.

Simmons has been singing since early elementary school. One of the first songs she remembers singing is “Jesus Loves Me” during a solo recital in church when she was eight years old.

Now she’s featured on two songs on “Ruminations,” the newest album by CMU rapper D.Anonymous, and has sung with Christ Central Choir, an RSO gospel choir since her freshman year with a goal to “minister to those who want to develop a strong relationship with God.”

Christ Central Choir travels as far as Ohio to perform at churches and colleges. They performed “Lift Every Voice and Sing,” commonly known as the African-American/Black national anthem, at CMU’s CommUnity Peace March & Vigil during Martin Luther King Jr. Day. 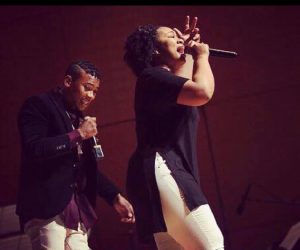 “They tell a story every time they sing and you can feel the same emotion they feel as they sing it,” she said. “That’s true art to me.”

A video posted to Facebook in September shows Simmons and two other Christ Central Choir singers singing “I Shall Wear A Crown” by Thomas Whitfield. At the time of writing, the video has 6,416 views.

“I felt honored to have the opportunity for people to want to listen to it, and have random people say ‘Hey, I saw your video,’” she said. “That’s weird, but it’s cool at the same time.”

Simmons’ goal after graduating from CMU is to attend seminary school and sing in a music ministry, where she’ll be able to spread the word of God through song while applying her major in music and minor in leadership.

“Music is a powerful tool,” Simmons said. “In the Bible it says if you have the gift of song, then sing, because it has a powerful impact and it opens up this space where people can openly worship and openly experience God in their own way.”

When words are put into song, Simmons said, they become real and relatable. When she sings, she hopes that people feel peace, relief and “a sense of feeling like it’s going to be okay.”