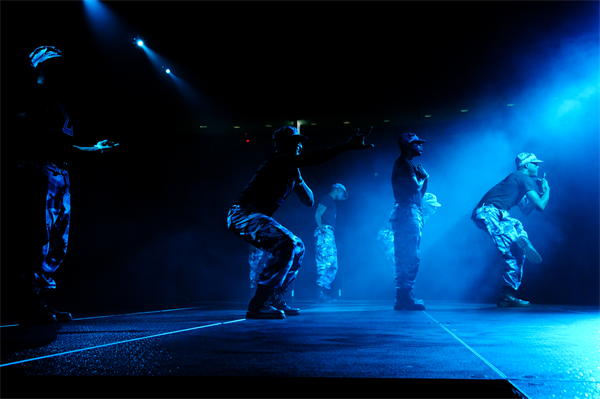 Step shows take place at universities and colleges all around the world, and although the Mid Michigan Classic step show is a first for CMU’s campus in the past few years, it’s a nationwide event not exclusively for Divine 9 fraternities and sororities.

Jacquelyn Taylor, a senior from Lansing and a member of Zeta Phi Beta sorority describes it as a way of “expressing the culture of blacks and showing creativity.”

A combination of seven fraternities and sororities competed for the titles of first and second place. Amongst the sororities were the ladies of Sigma Gamma Rho, Delta Sigma Theta and Zeta Phi Beta. The fraternities who competed were Kappa Alpha Psi, Omega Psi Phi, Alpha Phi Alpha and Phi Beta Sigma. The competition was separated by gender, leading both males and females to only compete against each other.

To get a better idea of the kind of competition brewing between the teams, Grand Central followed one fraternity and one sorority throughout the step show competition preparation and day.

The ladies of Zeta Phi Beta began generating ideas for their performance in early July and started practicing their steps in the following month. Their team was a combination Zetas from both CMU and Grand Valley State University.

Their dedication was relentless. They practiced two to three times a week including weekends for three to four hours depending on the members schedules. The closer they became to the step show, the more often their practices lengthened.

“We want our lives back, Jenkins!” yelled Taylor in a moment of slight frustration, jokingly cursing D’Wayne Jenkins, a director at MASS, an office involved in putting on the step show.

Because this was the Zetas first step show at CMU, nerves and excitement ran high in the week leading up to the competition. Senior Aja Gore from Detroit however, had mixed emotions for reasons of her own.

“I’m not excited about it yet, this just means I’m one step closer to graduation, so I’m nervous more than excited. I’ll be more excited once it’s all over,” Gore said.

Taylor’s feelings were the exact opposite of her sorority sister.”For some of us its our last homecoming, so we have to turn up, get hype, have some fun and go out with a bang because there’s no turning back now.”

One thing the Zetas agreed on: the audience should expect a powerful performance.

The members of Kappa Alpha Psi started generating ideas for their performance during the summer time as well, and began rehearsing the first week of classes.

Laneer Turner, senior from Detroit and member of Kappa Alpha Psi, related to Gore’s bittersweet feelings about the step show.

“This is my last step show sadly and it holds a huge spot in my heart as I was the step master and captain of the step team,” Turner said.

He was confident in their performance and certain him and his fraternity brothers would put on a good show for the University.

The Zetas lived up to their expectation of a powerful performance. Their show examined injustices in history leading up to present day to ask the question – what can we change about racism?

While they performed, quotes from civil rights leaders and examples of blatant racism played in a video above them, including the striking quote from Jason Donahue, “I see humans, but no humanity.”

They ended their performance with a tribute to some of the recent victims of the “Black Lives Matter” movement.

The men of Kappa Alpha Psi opened their performance with a video on what it means to be a Kappa man. They were dressed to impress in white button up shirts, black slacks, red bow ties and red suspenders.

They capitalized on their signature moves and strolled in with canes, shimmying their shoulders. They exemplified what it means to them to be a Kappa, performing with and without their canes, stepping, incorporating skits and performing vigorous stunts in between their transitions. They ended their performance with a soul train line, allowing themselves to individually show off their skills as Kappa men.

The men of Kappa Alpha Psi, although zealous in their performance, did not take home a prize. 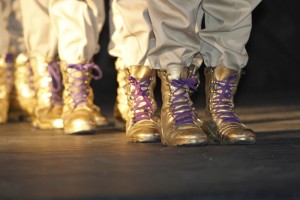