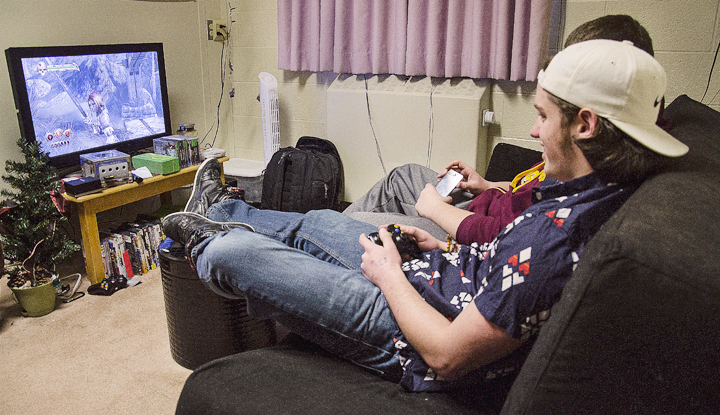 Video games, as with other forms of entertainment, have struggled with creating dynamic, independent, and non-sexualized female characters. Let’s be honest, it’s unflattering.

Developers shouldn’t expect women to purchase and enjoy games as much as men do, when the female characters portrayed in them are helpless, unintelligent, or only exist to be eye-candy. Recently however, developers have shown some strong examples of dynamic female characters that demonstrate major changes throughout the industry.

Men are featured in games more prominently than women, the way each is portrayed often reflects gender roles and popular stereotypes. The most frequent role a female character plays is a damsel in distress. Princess Peach from the “Super Mario Brothers” series and Princess Zelda from “The Legend of Zelda” series come to mind. These women are often portrayed as weak and helpless, requiring the assistance of a more capable male protagonist.

Female video game characters have also suffered from hyper-sexuality. As technology has progressed, games have too, and the ability for developers to create realistic looking characters has not always been used in a positive way.

Since her introduction in 1996, Lara Croft, star of the “Tomb Raider” series, has been criticized many times for her unrealistic breast size and unnecessary sex appeal. Lara has symbolized the misrepresentation of female characters in video games since her creation.

Today, video games are more important than ever before. They’re reaching more people and telling us more stories. Their impact upon society has never been greater. The recent efforts game developers are making to create dynamic female characters within their games are worth discussing.

Last year, game developer Naughty Dog released “The Last of Us,” a story-driven game about a man named Joel and a young girl named Ellie that takes place 20 years after the world we know is decimated. Ellie is the greatest example of a dynamic female character in a video game to date, and a blatant stance against the misogynistic past of the industry.

Ellie is a wise and independent 14-year-old orphan who grew up inside of a quarantine zone, humanity’s only remaining resemblance of civilization. Players primarily assume the role of Joel and at the beginning of the game Ellie is portrayed as a damsel in distress, albeit a witty, self-reliant one. However, this is not a game where the player must simply escort a helpless young girl to the end. Ellie is helpful throughout, calling out enemy positions during skirmishes and pointing out parts of the environment when exploring.

At one point, late in the game, Ellie becomes the playable character and the roles previously established reverse. Joel needs Ellie just as much as Ellie needs Joel, if not more. It’s no mistake that the moments you spend playing as Ellie are among the most impactful in the game.

Ellie doesn’t need to have sex appeal, a love interest, or a man with a big gun to escort her to safety. Instead, Joel needs her. Ellie is a reminder of why he continues to fight to survive in a world where there’s very little worth surviving for. She’s powerful because of her bravery. She’s relatable because she’s flawed. She’s emotional, she’s funny, and she’s mature beyond her years.

She is the video game industry’s best example of what is possible in characterization, and stands as a showcase for gamers to demonstrate the power of interactive storytelling, and the potential of a medium that has just begun to create its best characters and tell its best stories. Having a female character like Ellie featured so prominently in such a critically acclaimed game, is a monumental step in the right direction toward gender equality in video games.

Naughty Dog is not the only game developer evolving female characters either. Telltale Games has created a series of episodic games titled, “The Walking Dead,” that focuses on the growth of an 8-year-old girl named Clementine, and how she deals with tough life decisions with dire consequences. Clementine grows from a helpless young girl to a fully capable lead protagonist.

Another sign of change comes from the folks at Crystal Dynamics. Their 2013 reboot of “Tomb Raider” conveys a younger, less sexualized version of Lara Croft and develops her character from prey to predator, without the aid of a more capable male. Irrational Games created a truly unique companion with Elizabeth in “Bioshock Infinite,” offering a mind-bending story surrounding the mysterious powers she contains.

Some games, such as the “Mass Effect” series even offer the player a choice at the beginning of the game to choose either a male or female character to play through the entire game.

These characters are strong, dynamic, self-empowered females that represent a change throughout the industry to better promote gender equality. None of them are degraded to just a damsel in distress or a sex object, instead they are fully realized characters demonstrating a maturing medium that is just beginning to portray characters the way game designers have always dreamed of.