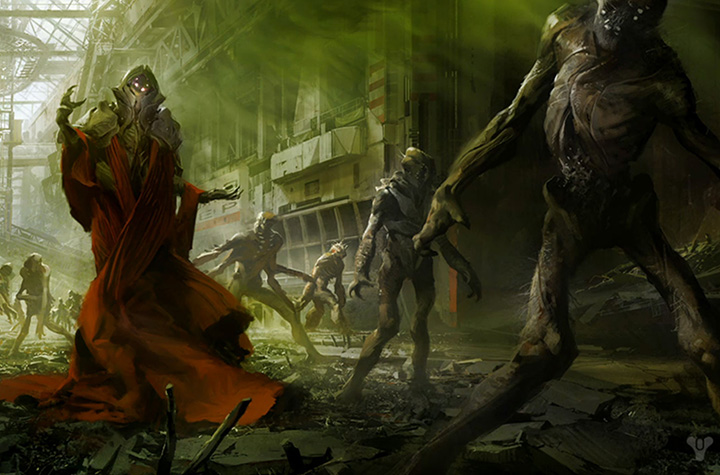 A new year means a new batch of pricey games that we can’t wait to get our hands on. Choosing the 10 games we are most excited to play was anything but easy. To make things easier, only games officially announced for a 2014 release are included, so tentative titles, like the next Uncharted and Metal Gear Solid V, did not make the cut. Below are our 10 most anticipated games of 2014, in alphabetical order.

When the creators of “Halo” moved on from their blockbuster franchise to create something new, “Destiny” was born. Although details are still scarce, what we do know about “Destiny” is very impressive. It is an open-world, first-person shooter promising to break genre conventions. Bungie aims to combine the typical campaign, multiplayer, and co-op modes into one living, evolving world where players always have something to do.

Check out some gameplay from “Destiny” here:

Although there have been recent rumors suggesting that this game will be delayed until 2015, “The Division” is still worth mentioning, just in case it does maintain its 2014 release. “The Division” is a third-person shooter MMO set in New York City where friends are expected to team up and take on missions together. With the lore of the Tom Clancy universe, “The Division” looks like a true next-gen experience and a refreshing twist on the MMO genre.

See a gameplay demo of  “The Division” here:

Over the course of Playstation 3’s life-cycle, Sucker Punch became one of Sony’s premier studios thanks to the creation of the “inFAMOUS” franchise. “inFAMOUS: Second Son” will be the first big exclusive for the Playstation 4 and promises a beautiful open-world version of Seattle to destroy with whatever super powers suit you best.

Check out this developer documentary on “inFAMOUS: Second Son”:

Here is a trailer for “Mario Kart 8”:

“The Order: 1886” is a third-person shooter set in an alternate history version of London. In-game footage and concrete details have been non-existent as of yet, but Sony is touting “The Order: 1886” as their major holiday exclusive for 2014. Ready At Dawn is a studio with a great deal of experience and a lot to prove. Expect something truly unique when “The Order: 1886” releases this fall.

Here is the debut trailer for “The Order: 1886” which Ready At Dawn promises is running on their in-game engine:

“South Park: The Stick of Truth”

In the past, “South Park” video games have not been great. “South Park: The Stick of Truth” aims to change that. “South Park: The Stick of Truth” is a turn-based role-playing game where players are casted as the new kid in town. This game was actually created and written by “South Park” writers Matt Stone and Trey Parker and development is in the hands of a very capable studio with Obsidian. Although Obsidian has a history of releasing “buggy” games, we’re hopeful that the multiple delays and four-year development cycle have provided them with the proper amount of time to release a polished product. With the graphics and writing to mirror the actual show, “The Stick of Truth” looks promising.

Here is a behind the scenes look at the game with Matt and Trey:

Want more? How about the first 13 minutes of the game.

“Super Smash Bros.” in high definition and on the go.

Check out the debut trailer here:

Here is the story of how Respawn and “Titanfall” came about:

Do you like “Call of Duty”? Do yourself a favor and watch this match of “Titanfall”:

With “Watch Dogs”, Ubisoft looks to create an open-world action game set in Chicago surrounding the idea that everyone and everything can be hacked and controlled by the player. “Watch Dogs” was actually the first next-gen game ever shown and after several delays some momentum has been lost, but it remains one of our most anticipated games of 2014.

Take a look at Chicago like you’ve never seen it before:

The “Witcher 3: Wild Hunt” looks incredibly beautiful, particularly for a role-playing game. With CD Projekt RED’s attention to small details and “The Witcher”’s adult themes, “The Witcher 3” is shaping up to be the RPG to beat in 2014.

Check out the beautiful debut trailer of The Witcher 3: Wild Hunt here:

Do you agree with our list? Which games are you most looking forward to in 2014? Let us know in the comments below.