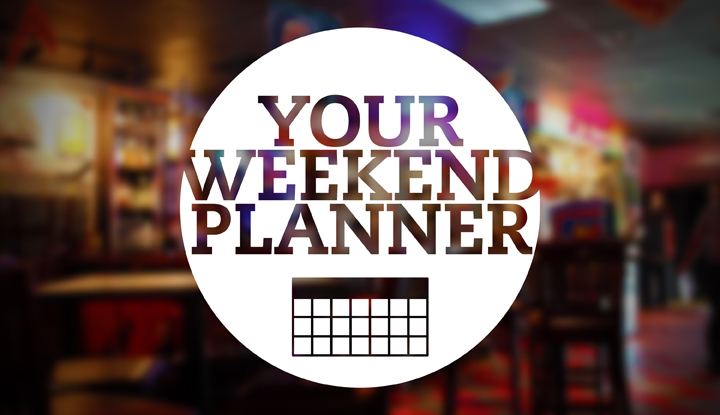 What are you going to do this weekend? It may not be the hardest decision you have to make all week, but it’s pretty close.

The variety of events happening this weekend will have something for everyone. Halloween festivities are ongoing through the weekend, while educational and cultural activities kick-off the beginning of November.

Check out the five following events that will have you walking away with a little more than what you arrived with:

1) Many people became obsessed with everything revolving around “The Great Gatsby” since the film featuring Leonardo DiCaprio was released.  F. Scott Fitzgerald, who wrote the novel the film was based on, also wrote “The Lees of Happiness.”

The short story will be performed as part of the New Student Works Festival presented by the Reicker Literary Series. “The Fulness of Life” written by Edith Wharton will also be performed. Both of the plays were adapted and directed by Central Michigan students. The presentations will take place Friday and Saturday at 7:30 p.m. and on Sunday at 2 p.m. in the Moore Kiva.

2) Are you having trouble choosing a major or what job you want to land after college? Have you ever wondered what your future holds? The Psychic Fair, hosted by Open Grove Society, will have Tarot readings for $5, along with other activities as part of Witch Week. The event will take place at the Veteran’s Memorial Library Friday from 11 a.m. to 6 p.m.

3) Native American culture and traditions are a part of Mount Pleasant. Central Michigan University is celebrating Native American Heritage Month during November to allow students and community members experience more of the culture. The Ziibiwing Center of Anishinabe Culture and Lifeways will host a Spirit Feast Friday at 6 p.m. at the Ziibiwing Cultural Center at 6650 E. Broadway St. The ceremony honors those that have passed away and is a place for the community to come together in tradition.

4) Philanthropy and helping others in need is not only beneficial for the receiver, but also for the giver. If you are interested in issues like social justice, look no further than the Issue Day Conference hosted by the Mary Ellen Brandell Volunteer Center. The event will start at 9 a.m. and take place in the Bovee University Center and Finch Fieldhouse.

5) Pictures capture moments in time but Saturday, pictures can also win prizes. Be a part of Trick or Tweet, a competition where teams of three to five people will go on a photo scavenger hunt through Mount Pleasant. Teams need to check in by the Central Michigan University seal where a list of activities will be distributed. The event starts at 1 p.m. The team who has the most points will be crowned at the closing ceremonies.