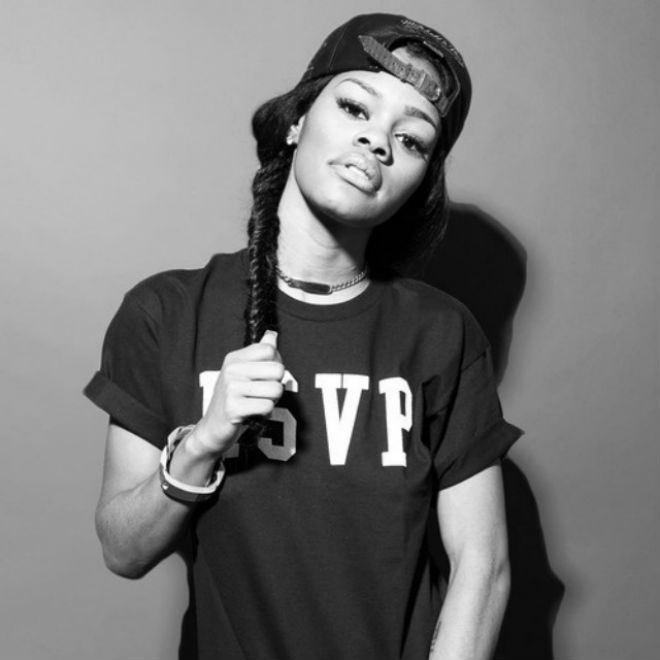 Kanye West strives to leave an impact on the world around him in a variety of ways, whether it be through speeches, songs, clothing or videos. With the release of his latest music video, “Fade”, he did just that, but this time, West wasn’t the one receiving all the attention. Instead, the star had a face many people did not recognize, but soon began to admire.

Teyana Taylor, 25, became an overnight sensation after portraying the lead role in West’s most recent project. Many people believe the video is Taylor’s debut, but she’s not new to the industry.

Who is Teyana Taylor?
Taylor is a model, rapper, singer and actress and has been active since 2006, where she was credited for the choreography of singing sensation Beyonce’s “Ring the Alarm” music video. However, Taylor made her first national appearance in 2007 on MTV’s “My Super Sweet 16.”

Since then, she’s been featured in movies such as “Tyler Perry’s Madea’s Big Happy Family,” “Stomp The Yard 2,” “Brotherly Love” and more. She has also been signed to West’s GOOD music label through Def Jam Recordings since 2012 after requesting a release from super producer Pharrell Williams’ record label Star Trak Entertainment.

Since the release of “Fade” at the 2016 VMA Award Show, Taylor’s publicity has sky-rocketed. She has done countless interviews discussing the meaning and perception about the video which left many people with lingering questions.

During most of the video, Taylor dances around a gymnasium wearing a sports bra and G-string underwear before transitioning to a shower sex scene of Taylor and her real-life husband, NBA star Iman Shumpert. The video concludes with Taylor, Shumpert and their newborn daughter surrounded by a herd of sheep. By the end, Taylor has unexpectedly been turned into a feline, complete with a cat’s mouth, nose and tail.

Although many wanted to know the meaning behind the themes of the video, the purpose of the sheep and reason for the lioness features, others were more curious as to how she felt to be an artist who isn’t particularly new to the industry, but is being treated as new celebrity.

“I’ve been a Teyana Taylor fan for so long that I’m so excited that she’s finally getting real recognition for her talents. It’s been way too long and now she actually can start leaving her mark on the music world because she’s honestly an amazing artist,” Central Michigan University junior Volanda Fraizer said.

A new mother and a new wife, Taylor has a lot of responsibilities along with making her music a priority. Music major and inspiring artist Vanessa Tong, a CMU junior, talks about how challenging it is to manage being a artist versus other major priorities.

“Having that balance between what you love to do and what is required of you to do is always hard to figure out. I think as long as you’re prioritizing what’s important you will be okay,” Tong said.

Taylor expressed that having her new family is what put her in such a happy space during the making of this video and having the support of her husband makes her job easier and more fun to do.