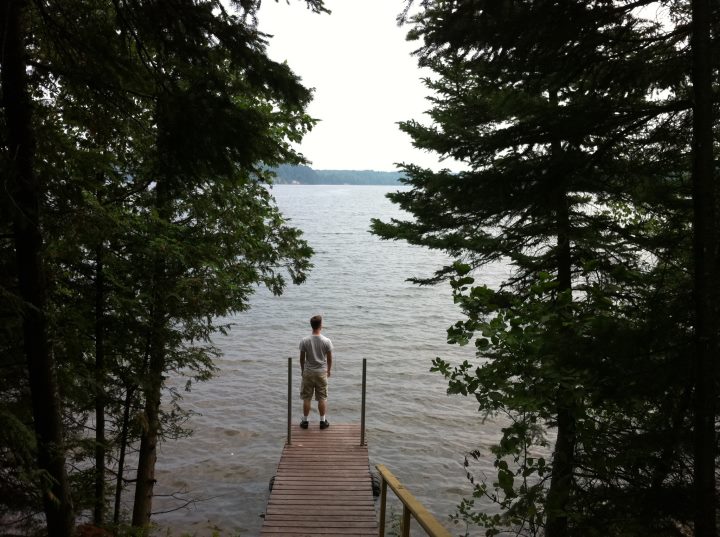 He drums his fingers percussively on the wood of the porch railing on which he perches, cross-legged. Slightly raised eyebrows above calm light blue eyes offset the subtle smile, tipping toward mischievous laughter.

Despite his precarious position, Dan Drobot is balanced and at ease.

His hands, deft and thick, rarely relax though.

They pen drawings of elaborate medieval weaponry grasp for climbing holds and swing his body into the highest branches of trees, manipulate a video game controller or drum loudly on the nearest surface.

Yet many view Dan as lazy. Widely held assumptions cling to him like sticky tar.

Truth is, 12-year-old Dan had been willingly set on fire multiple times. He had “those” friends, but he didn’t even try marijuana until years into college.

Logical, integral, trustworthy and punctual, 20-year-old Dan will not fail to help a friend. Even if he forgets about assignments in his classes.

Though not the best student, Dan is extremely bright.

“And the Moon,” Dan said, fascination alight in his eyes, “I just think the Moon is absurdly beautiful.”

Dan is focusing on becoming the person he really wants to be. He doesn’t worry about little things. Takes interest in all the people around him, intrigued by, “seemingly dull” people. He learns.

Dan is learning that life is good, no matter what.

“Even if it’s not. That’s okay. Even if I die right now,” Dan crinkles his nose and laughs at how ridiculous that sounds. “I mean — it’d be shitty. I want to live some more. But what do I know?  I don’t know the whole story.”

Perched on his porch railing, Dan is at ease.