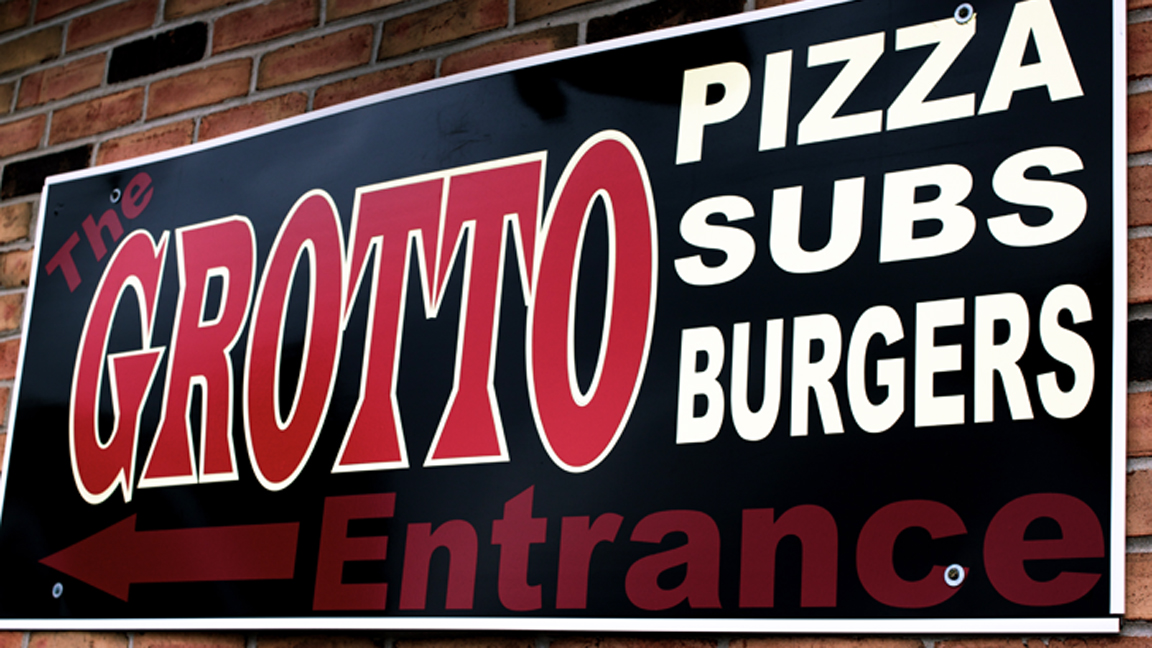 I’ve heard a lot of buzz lately about The Grotto’s lunch buffet and many have told me how great its pizza is as well. That’s why the most recent installment of A Pleasant Slice features The Grotto. The location is rather prime, as it is positioned just off campus next to 7-Eleven, in the Towers’ backyard.

From the moment I stepped in I could tell this would be a nice spot to have lunch. The environment was pretty relaxed and the lunch buffet was set to serve. I placed my order and the man working the counter was very nice, in fact, he asked what type of pizzas I’d like to see in the lunch buffet because he was about to make two more—this made definite points in my book.

I filled myself a cup of soda and approached the buffet. There was a salad bar at one end, breadsticks and cinnamon sticks in the middle and pizza at the other end. The salad and breadsticks were good, as expected. After all, how can you really miss on a salad?

The real test would be the pizza.

I grabbed my first couple slices and brought them back to my table. They looked great. The first bite was a piece topped with bacon and pepperoni. There was something I noticed about each of the pizza slices that I had: they all had great tasting toppings. The bacon on The Grotto’s pizza was the best bacon I’ve ever had on a pizza.

The cheese was a good temperature, but seemed a bit runny. It ended up working out though, because there was so little sauce that I can’t be positive there was any at all. The melted cheese ended up acting like a sauce, as best it could, but it didn’t meet my standards—it failed tremendously in that sense.

The dough was cooked to a great soft crunch, and had a tantalizing flavor to it. The crust’s texture and flavor was actually reminiscent to that of a wood oven pizza. This made enjoying the pizza a more genuine experience, but with so little (if any) sauce it wasn’t as enjoyable as it very well could have been.

The lunch buffet is definitely a good value for hungry college students on a budget, so you can’t go wrong there. However, I don’t think The Grotto is at the top of my list in terms of pure pizza performance.

Because of that, I give The Grotto’s pizza 3 out of 5 slices.