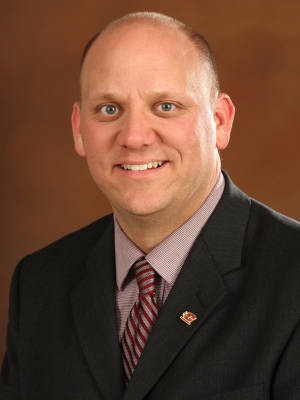 It’s a saying that echoes throughout the NCAA but sometimes still manages to get lost amongst the demands put on a college athlete. But it’s a saying that the Associate Athletics Director for Student Athlete Development Jason Holtman takes seriously.

“The student athlete is held to a different level of standard,” Holtman said.

As the lead adviser on the athletics academic staff, Holtman makes sure that standard is met by every Central athlete. The staff includes himself, Tera Albrecht and Kelly Higgins. Their roles involve more than simply being academic advisers.

“We don’t just make schedules for the athletes,” Holtman said. “Our jobs have become way more than that.”

Other than academic advising, the staff also supports athletes by helping the Student Athlete Advisory Committee – a group of student-athletes that organizes charity events such as the 2010 CHIPYS and Jock Rock.

Eligibility is a major issue as well. It’s no coincidence that the Director of Compliance, Benjy Wilbur, has his office in the same hallway as the advising staff, which is located in the Dick Enberg Academic Center on campus. Together the athletic mentors make life off the field for athletes less worrisome.

James Teas, a marketing and logistics graduate who played baseball at Central from 2006 to 2010, had nothing but good things to say about the academic staff.

“The academic advisers and tutors were phenomenal,” Teas said. “They always seemed to have my best interests. It seemed like Holtman knew what I needed and wanted more than I did.”

Despite these positives, rumors have emerged that collegiate athletes do not need to work hard in the classroom, as their advisers and professors will act as crutches to keep them eligible. Whether these rumors exist due to media embellishment of NCAA violation cases or because there is truth behind them, Holtman insists no such thing occurs at Central.

“The dumb-jock stereotype doesn’t exist, there are good students and bad students, period,” Holtman said. “Student-athletes are just a microcosm of everything else.”

If anything the advising staff becomes somewhat like a nagging parent for classroom-troubled athletes. Holtman said that the most frustrating part of his job is talking to athletes who won’t do the “simple stuff” – go to class, turn in assignments and not be late.

Yet the strenuous hours and often weekends he works are all worth it.

“In this position, the social part of your life is intertwined with your work life,” he said. “It’s a joy watching the people I know compete.”

However since the student in student-athlete comes first, the athletic adviser’s greatest high comes from the classroom.

“Everyone wants to win, and championships are nice,” he said. “But my favorite thing is and always will be when I see a student-athlete graduate.”