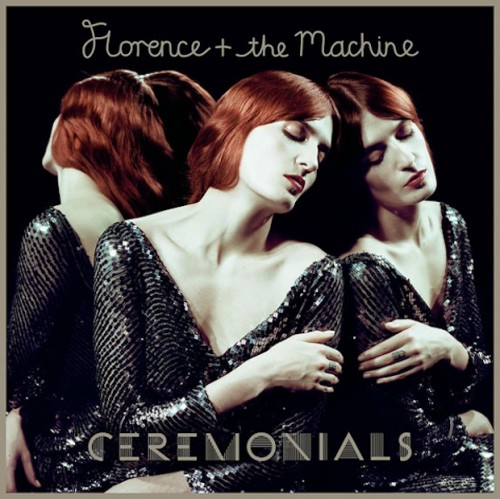 Ceremonials begins with a haunted soul and her baggage. Released Oct. 28, the second album from Florence Welch + the Machine makes an astounding effort to destroy any preconceived notion of a sophomore slump. The album from Island Records titled Ceremonials shines and proudly displays Welch’s vocals as its crown jewel. This should not be surprising as Welch worked with Paul Epworth, producer for fellow British crooner Adele, on a majority of the album.

Epworth helped to craft another piece that releases the inner beast of woman, with music capitalizing on some bitchin’ vocals seeping with remorselessness as both Adele and Welch reflect on past relationships. Song after song in Ceremonials, reaching new highs and lows with volumes of unpredictability, Welch reminds us exactly why she and her machine deserved that Grammy nomination for 2009’s Lungs.

The opening ballad, “Only If for a Night,” introduces the listener to what they’re in for: heavy strings, the booming and retracting of vocal power and an eerie background chorus that tops off the epic drama. Welch herself is the narrator for this story of ending relationships and the rebirth that follows.

Rebirth is a constant theme throughout as she shakes off the devil in “Shake It Out” and lets the water cleanse her in “What the Water Gave Me.” And as the album matures so does the confidence and self assurance as Welch concludes, “I’m not looking for absolution/Because I’ve found myself an old solution.”

Florence + the Machine concoct themselves a perfect blend of powerful strings, thunderous drums and a haunting choir as Welch preaches the gospel in her own soulful way. She tells the story so well of a love gone awry and a true self found within piercing high notes and low growls.

It ends with an existentially liberated woman who has given up with no regrets. It ends with renewed faith in Florence and her well-oiled machine, obeying her every command.