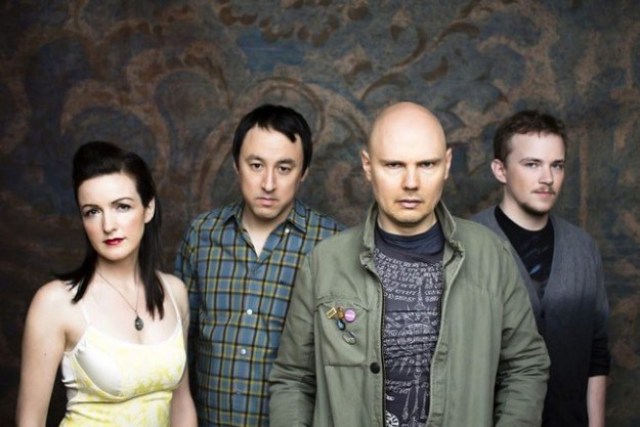 The Smashing Pumpkins’ seventh studio album was delightfully surprising upon first listen. It seems easy to give the album too much credit though, as many bands tend to flake out after they’ve reached a noticeable prime, descending into the dark stages of mediocrity with each subsequent release and leading all but the die-hard fans astray in opposition to the new material.

But after having a closer listen, it became clear that the band is far from any sense of decline and is still thriving.

The retro yet timeless appeal of the Smashing Pumpkins remains with the release of “Oceania.” Fans will find a surprising sense of enjoyment from the new cohesive package of music and can breathe a sigh of relief knowing that the band is not musically dead.

The album opens with a rumble from “Quasar,” carrying over some of the same dominating guitars heard on 2007’s “Zeitgeist.” The lyrics, although seemingly simple on the surface, may refer to profound paradigms and certainly have a cosmic feel to them. The same could be said of “Panopticon,” a song featuring pulsating riffs and is in itself a musical universe of sound.

“Oceania” is an obvious new direction for the band, while tracks such as “The Chimera” and “Glissandra” open immediately with the evocative and alluring melodies established in earlier albums that inspired so many listeners. Other tracks wind through meditations of love and poetry.

The brightest lyrics resonate as poetically hypnotic, leaving behind the more direct, woeful, sometimes angry and even satirical ideas of past albums. With such lines as I’m so alone, so alone/But better than I ever was/Better than a just laid cause from “Oceania” and Lovers as lonely as lanterns lost/Show me faith’s real cost from “One Diamond, One Heart,” the signature dreamy feel of the band is retained.

We finally hear backup vocals on “Pinwheels,” as well as a break from the tempo of the first half of the album with sounds from a comforting acoustic guitar. An extended introduction opens to meandering guitars and a somewhat climatic drop-off ending.

The album’s title track packs a level of depth and expansion previously unheard from the band. From the haunting sounds of keyboards to guitars reminiscent of the works of Pink Floyd and Led Zeppelin, the song — in its structure and elegance — proves to be the standout track of the album.

The use of keyboards makes for a pleasant contrast and might even provide a new appeal for the band, but most of the time the sound is bland and poppy given the band’s identity as a groundbreaking alternative band. In fact, if this album speaks anything of the Pumpkins’ musical progression, it seems that front man Billy Corgan will continue to sacrifice the all at once panache and eloquent guitars characteristic of the band for a more techno feel as heard on several songs throughout the album.

“Oceania” is the Smashing Pumpkins reinvented, and re-calibrated for a new era. It will generally be met with a welcoming reception, but the monumental success garnered by “Mellon Collie and the Infinite Sadness” and “Siamese Dream” is not to be expected this time around. With the band arguably far past its prime and without guitarist James Iha and drummer Jimmy Chamberlin, this album still proves to be something to admire.