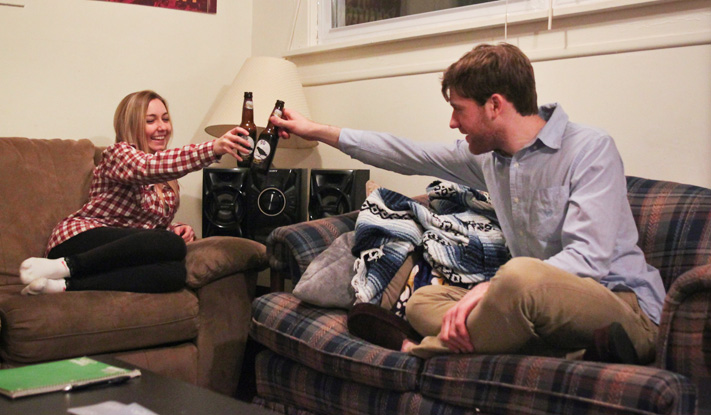 This week’s beer is called The Poet. It’s an oatmeal stout from the New Holland Brewing Company located in Holland, Mich., on the west side of the state. Stouts are always a very dark pigmented beer, and appeal to those who enjoy dark, deep-flavored beers. I would not recommend a stout to someone just starting out drinking craft beers.

I prefer to have stout beers for a number of reasons. Many of the stouts have flavors called breakfast, Neapolitan, anything coffee flavored and like this one, oatmeal. When pouring it into a glass, the color of the beer is the darkest brown, so dark you can’t see through it at all. Despite its name, it does not smell like oatmeal.

The first impression from this beer is coffee. It has a strong malt flavor to it and reminds most of drinking Coffee Patron. It’s delicious. It’s definitely one that can only be drank slowly, and it is not recommended to drink multiples.

The label of this beer offers different options of meals or food that can be paired with this beer. Some of those foods include mushrooms, beef, cheese and chocolate. Chocolate might be a little too overpowering, but drinking The Poet with any beef meal would enhance the flavor of  both. Cheese, being of very strong taste, could be toned down by the malt tasting beer as well.