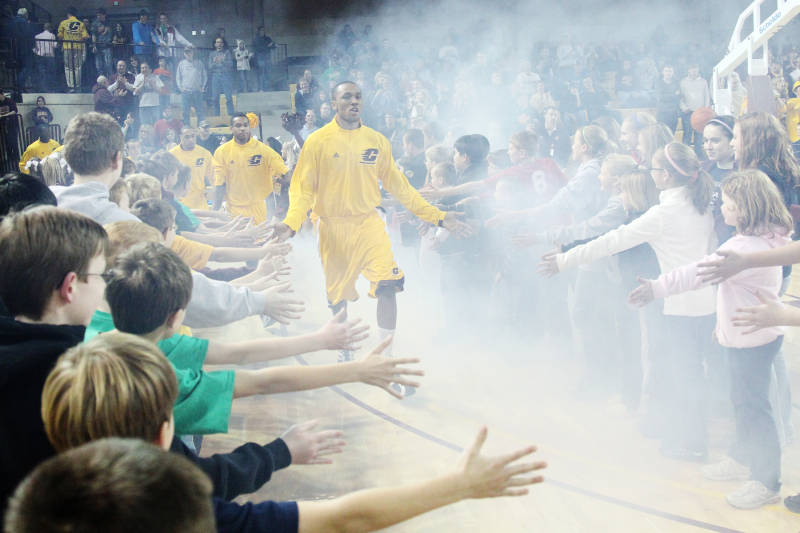 As a disappointing football season ended, a promising basketball season was set to begin for Central Michigan University. With the arrival of Trey Zeigler and the return of some key role players, expectations were through the roof for Central. The bar may have been set too high for the young group as they only feature three seniors on the roster.

The season started off on a tough note as Central lost nine of their first 11 games including two games lost in overtime. Central has kept games close all season long but seems to lack the ability to close games out or to take that extra run needed to earn a victory.

Zeigler even with all of the added hype has been Central’s most consistent player on the offensive end throughout the season. Zeigler has averaged 16.6 points per game to go along with an impressive 5.5 rebounds. Zeigler’s play has delivered but the wins expected have yet to come.

The potential is there for Central to have a very successful run in the MAC over the next few seasons; maybe it was a little excessive to put such high expectations on the shoulders of a freshman to carry a team.

For Central to achieve some success throughout the remainder of the season Central will need its role players to help out on offense. Central only has two players who average double figures in points (Zeigler and Jalin Thomas). Teams have been able to lock in on Thomas and Zeigler all season long to make the rest of the team beat them and this has proven to be very effective in stopping Central.

There have been many bright spots along the way even with an (10-19) overall record. Central took nationally ranked Temple down to the wire, and only lost by four points to Louisiana State University from the SEC.

With the ability to hang around with its opponents Central has shown that they may only be a step away from being a potential contender in the Mid-American Conference.

While these games have shown that Central can hang in there with nearly anyone, it’s the low spots that stick out for the team. The offense staggering to a 38-point output at Eastern Michigan University was one of the poorest performances by the team to date.

While potential is an easy word to label Central with for the last part of this season and next season it will be no easy task for Central to reach the next tier of programs.  Thomas is one of the three seniors on the roster and his 15.6 PPG and 5.5 RPG will be sorely missed and even harder to replace.

The 2010-11 campaign is nowhere near complete. Central’s postseason hopes rest solely on the MAC Tournament but with the way the MAC and Central’s season has panned out, anything can happen.