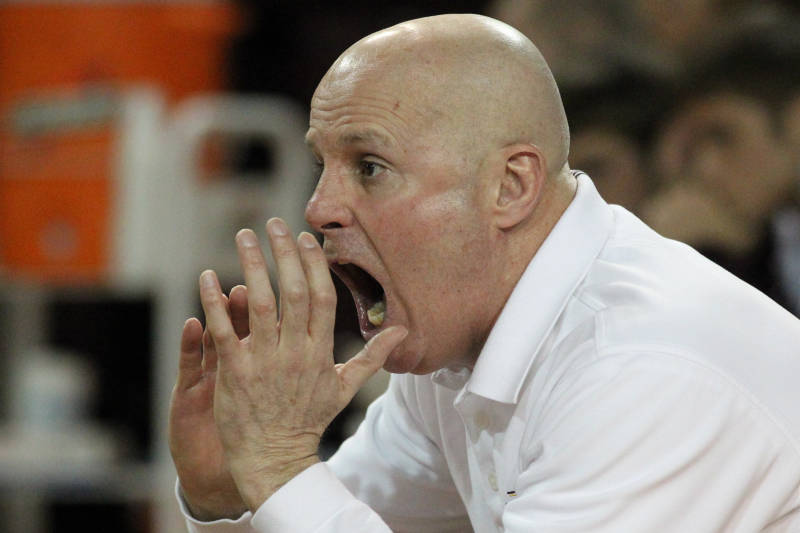 Ask Central Michigan wrestling coach Tom Borrelli where he sees his team at, and he’ll be the first to tell you there is a lot of room for improvement.

“We certainly have a lot to improve on, this spring and this summer. It’s not a season, it’s a lifestyle,” Borrelli said.

Though Central fields a young team with eight underclassman starters, they are 14-9 on the season and 4-1 in the MAC standings. While many teams might consider this a banner year, it is sufficiently below standards for this program, which has won 11 consecutive MAC conference championships.

This season Central says goodbye to two of its seniors, transfer athletes Pete Sturgeon and Chad Friend. Sturgeon is in his first and last season wrestling for the Chippewas, and has filled in well at the heavyweight position, compiling a 27-10 record while Jarod Trice is away on an Olympic red shirt. Friend, a two-time junior college All-American has been, as Borrelli puts it, is a “solid guy” in the locker room for the Chippewas.

As the only two seniors on the team, Friend and Sturgeon have embraced their role as leaders, preparing the younger wrestlers for the rigors of a full season and improving their readiness. Younger wrestlers such as Joe Roth, Mike Ottinger, Tyler Kesselring and Joey Kielbasa have provided the Chippewas with a capable and talented team that has great potential to get better as they age.

Central will be traveling to Ohio University this weekend to defend its MAC title and bring home a 16th conference championship. Additionally, Central wrestlers will all be looking forward to winning their weight classes and securing one of the 20 automatic bids for nationals that have been allotted to the MAC conference.

Ben Bennett of the Chippewas can become the 10th MAC wrestler to secure a third individual championship if he wins his class at 184 pounds.

While Chippewas like Bennett have had experience with the MAC tournament, several of his teammates will be making their first appearance at the conference tournament. Anthony Bill (174), Sturgeon (285), Ottinger (165), Kielbasa (149), Kesselring (133) and Roth (125) will all be participating for the first time.

While these athletes lack tournament experience, they have proven themselves to be reliable on the mat this season, racking up a combined 116-62 record. While the maturity and performance of these wrestlers will surely be tested during the tournament, the way they performed during the season speaks volumes about what can be expected from them during the tournament.

As the Chippewas prepare to defend their MAC Championship, coach Borrelli also has an eye on the future. Looking forward is what has given the Chippewas so much success as of late, and it will continue to help them out for many seasons to follow.

For the Central wrestling team, the future is developing on the mats this season, and it’s easy to see that the future looks bright in Mount Pleasant.