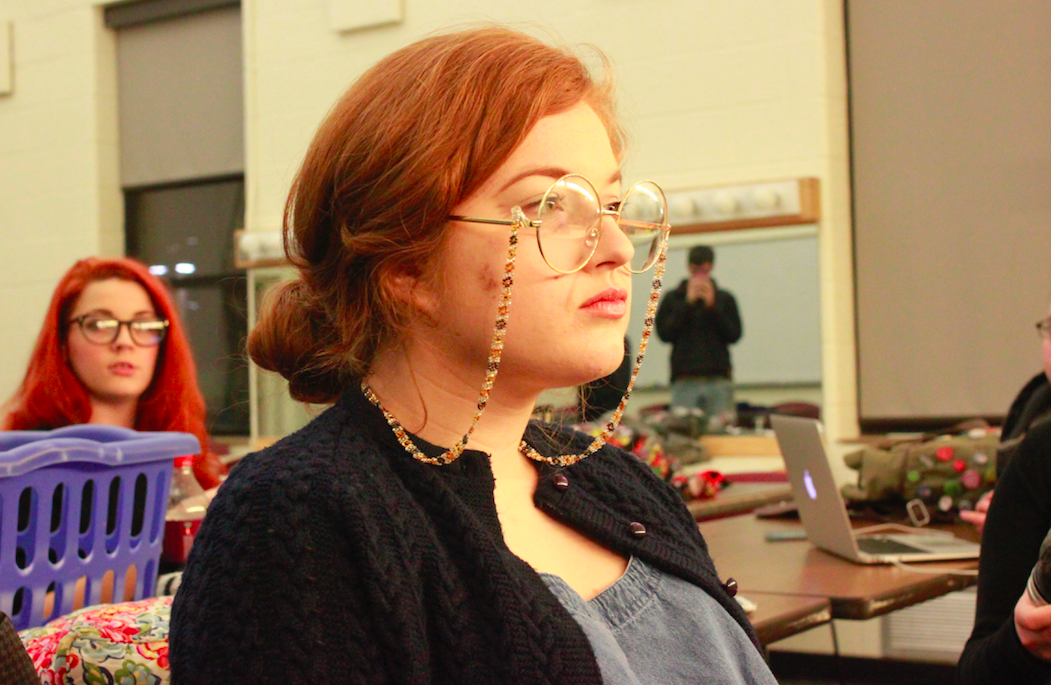 Allie Jackson could not sit still and stay quiet in her third grade class. Her constant talking and moving around the classroom sent her home from school. A pattern formed, and her mother knew her daughter needed to release her bottled up energy.

Quickly, acting classes became the release Jackson needed back then, and that continues to this day.

The Sterling Heights senior discovered her passion for acting when that after school class gave her the chance to sing, dance, act and be the entertainer she is.

“Acting is the most freeing experience in the entire world,” Jackson said. “You get to go into a space, put yourself aside for a while, be someone else and create a world where an audience can be moved by you. Someone could be having a bad day, and you can make them laugh. Then, at the end of the day I grab my bag, and go back to being me.” 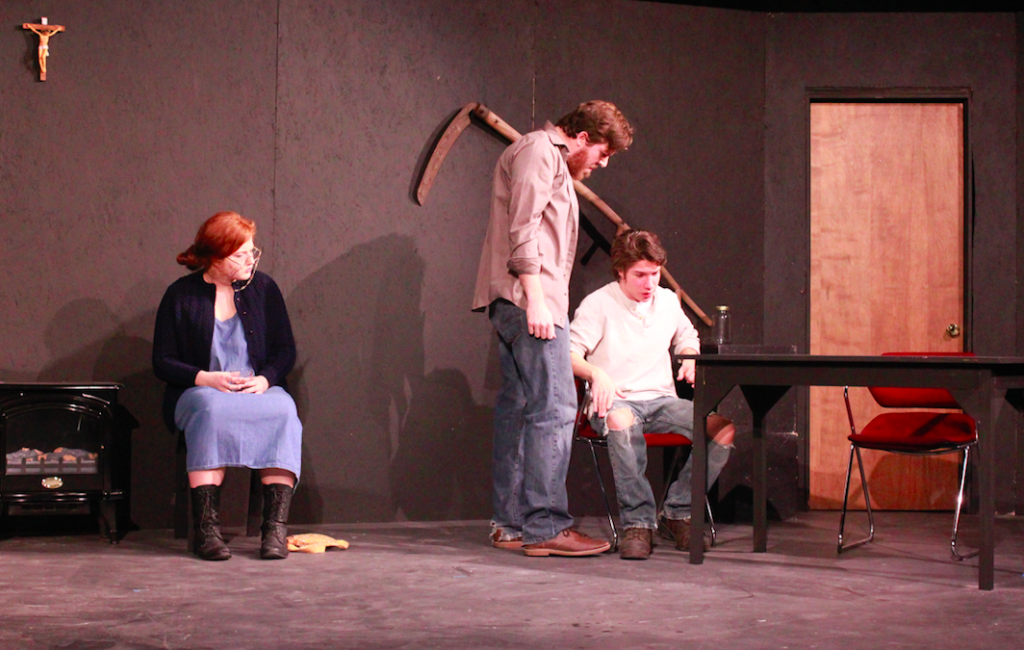 Jackson may be a natural entertainer, but throughout her years of acting she’s realized the true devotion it takes to be an actress.

Since she began performing, Jackson has been in nearly 45 shows, 11 of which have been Central Michigan University Theater performances.

“If I didn’t have school, I would take on thousands of roles. I would play a ton of characters. Three performances a semester, I’m pretty proud of myself.”

Jackson said she used to always play a supporting lead role, until senior year when she began auditioning and landing lead roles.

“I’m very blessed for the opportunities I have been given, I’ve learned a lot,” Jackson said. “Now, I know I can take on a lot of stress, and that I’m a very organized person that can time manage well. I know how to manage rehearsals and characters. I know that if I get double casted, that I can do it.”

Being an actress in multiple performances entails working with different types of directors and casts. Jackson said CMU Theater has helped prepare her to work efficiently with others.

She will have that on display in this week’s “A Skull in Connemara,” by Martin McDonagh, beginning tonight Feb. 4, through Saturday Feb. 6, at 7:30 p.m. in CMU Moore Hall’s Theatre-on-the-Side.

“Working hard and supporting people, is the best thing I have taken from CMU. In theater it is very competitive and while I understand that, you still have to be a supportive person in theater.”

In order to take on a role, the first step is memorizing the lines. As soon as Jackson is cast, she grabs the script and starts reading. Jackson said she reads through the script every day, over and over, piecing the whole play together as a timeline. Then, once in rehearsal and blocking, muscle memory kicks in, and she becomes off-book (script). 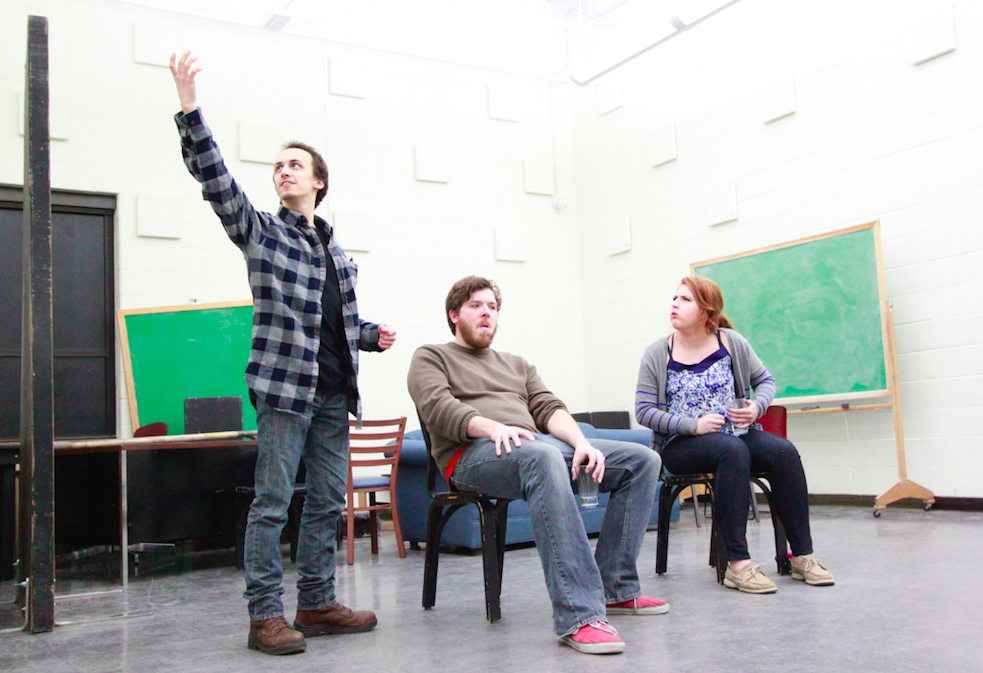 “It starts to become a natural conversation and flow,” Jackson said. “You know that every time you walk to the table, you have to say that line. It becomes repetitive and a nature. And, if you ever forget a line, you just have to keep doing your job and ad-lib.”

In the first few rehearsals, the actors determine their character’s demographics and personality. For example, Jackson said that if she plays someone mean, then she thinks of a mean person. When she played Masha in “Vanya, Sonia, Masha & Spike,” she related her character to Regina George of “Mean Girls.”

“Masha was such a Regina George. She is bratty, wants her way and fake. I tried to adapt qualities like that,” she said. “I started to piece together the characters to make my role and add in certain quirks to make mine. It’s all about trying things out, a trial and error process, to figure out what you want to do for the character.”

Often with performances, accents are mixed in. Jackson is taking on a lead role in this week’s show, where she will play a 70-year-old grandma that speaks entirely in an Irish accent. For this performance, the cast and crew had three weeks to rehearse. Jackson said they had to be off-script in a week with four to five hour rehearsals a day. 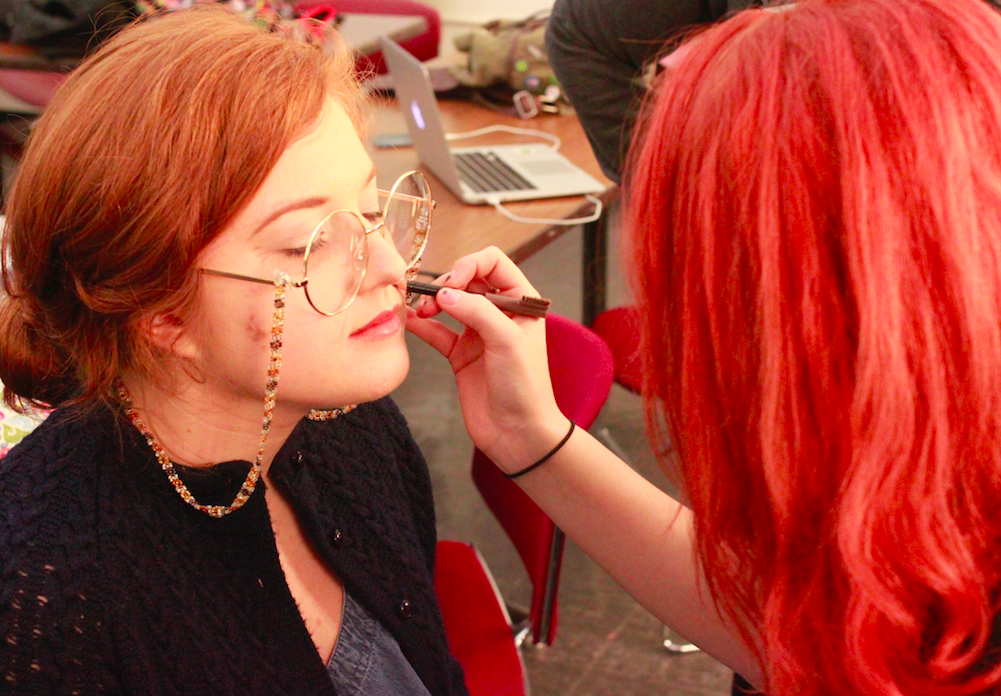 “It can be tough to find extra time,” Jackson said. “Sometimes it’s 11:30 at night and I think to myself, I could go to bed or read over that scene again, and it’s like ‘NO’ I need to read the script and do the job I need to do.”

Luckily for Jackson, this career calls for constant energy, with back-to-back performances and auditions that over-lap.

Jackson said it’s frequent that she will have to close one curtain and then open another performance in the following two days. Just this week, she will be starring on stage as Mary Johnny, while auditioning for the next performance, “Marvin’s Room.”

“I could probably still do an entire show. The lines and acting are still there with me,” Jackson said. “But, once you put a ‘show to rest,’ then you move on to the next.” 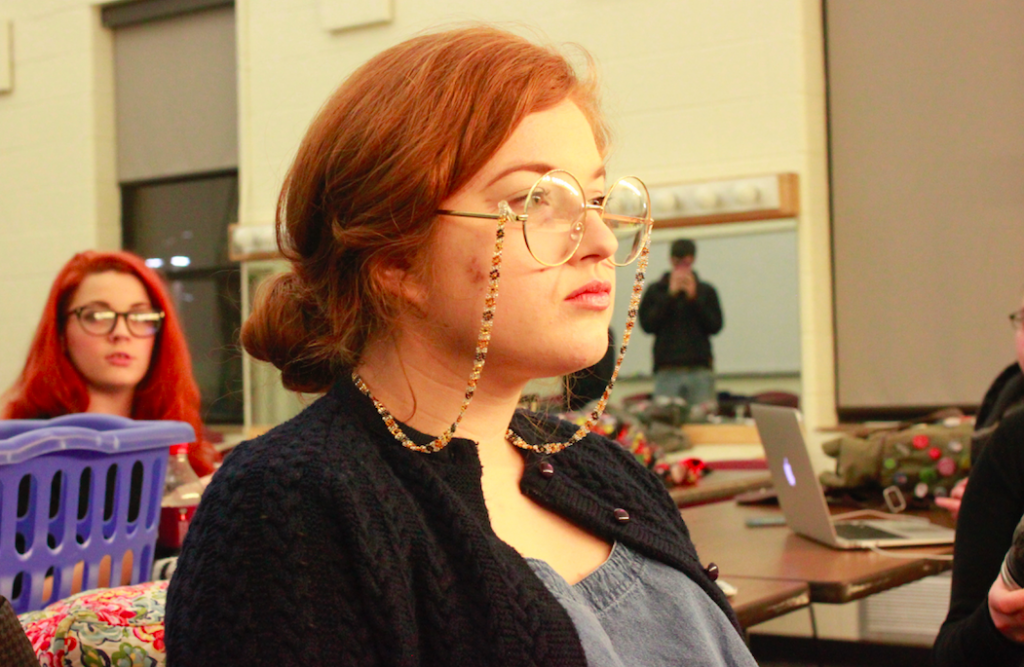