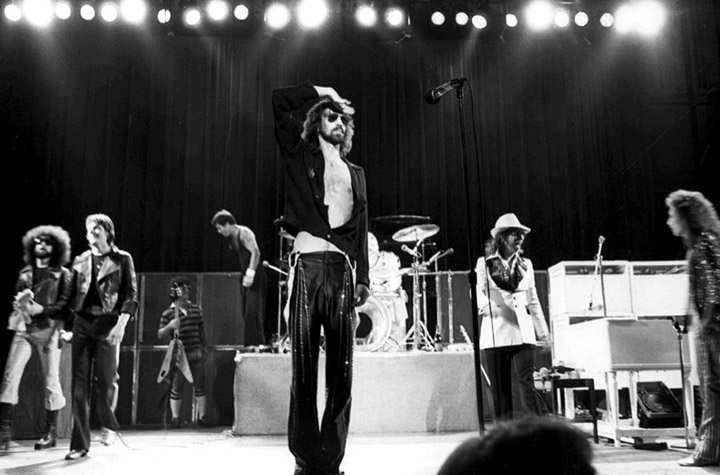 “Years go by, I’m lookin’ through a girly magazine.
And there’s my homeroom angel on the pages in-between.”

Have you ever learned something you could have lived your whole life without knowing? That punched-in-the gut, wholly freaked-out feeling, “Ugh. WHY did I have to see that?”

Maybe you walked in on your parents having sex or perhaps you saw a picture on Facebook of your boyfriend flirting with flocks of flawless females (how’s that for alliteration?). Or maybe, just maybe, you were flipping through Playboy and you found an entire spread dedicated to your “angel.”

“My blood runs cold.
My memory has just been sold.
My angel is the centerfold.”

Back in high school, I remember when a then-boyfriend nobly confessed to me that he had played “spin the bottle” at a party. The memory of my reaction still turns my cheeks pink; everything is such a ridiculously large deal in high school (although that’s no excuse for my melodramatic behavior).

I dumped him, cried and refused to even acknowledge his apology, telling him what a huge jerk he was over Facebook messaging. I know, I know, completely cringe-worthy.

While I was obviously too immature and naïve to see the “no big deal”-ness of that situation, my point is that it sucks to learn something about a loved one that you just didn’t want to know.

Don’t let that stuff bring you down, guys. When I feel myself beginning to freak out over something, I usually sleep on it and return to it the next day. I’ll know if it was actually a big deal by the lingering knot in my stomach, but more often than not, I’ll simply realize that I was being totally emotional.

Thus, you all have officially learned the basis of my “go with the flow” lifestyle. It’s not bad, really — you should try it. So, when you do discover that your sweetheart is the centerfold? Don’t flip. Take a nap.