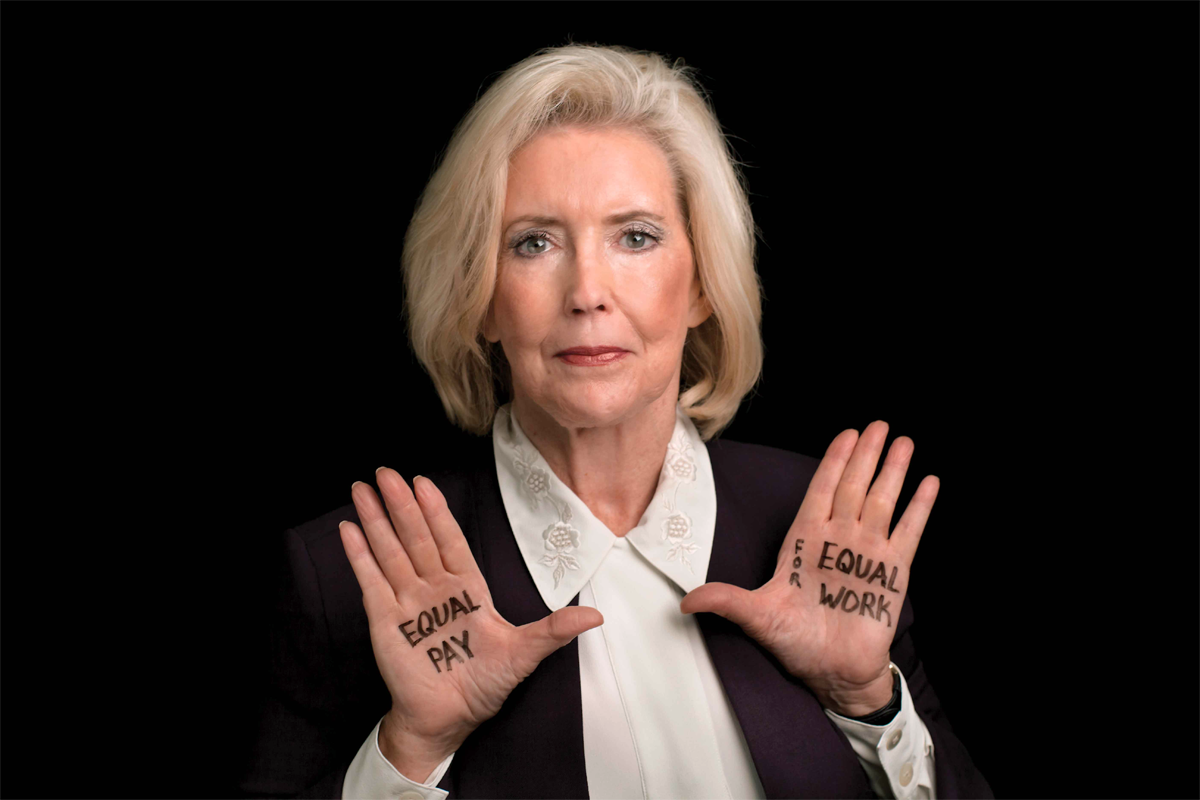 Lilly Ledbetter took the stage at Plachta Auditorium Wednesday night to discuss the whirlwind ordeal that led her from a job at Goodyear Tire and Rubber and into the history books as an advocate for equal pay.

“My story is not insignificant. It touches each one of you this evening,” she said.

In 1979, Ledbetter applied for a job at the Goodyear tire factory in Alabama. When she was hired, she was one of the first women hired at the management level.

Ledbetter worked at Goodyear for 19 years when, one day, she received an anonymous note. The note revealed she was making thousands of dollars less per year than men in the same position.

“I was devastated. I looked around to see who had sent me that note, but there was no one around,” she said.

Ledbetter filed a sex discrimination case in federal court against Goodyear and won. The jury ruled in her favor for $3.8 million, but Ledbetter lost on appeal. The case made it all the way to the Supreme Court, but lost again when the Court ruled that she should have filed her suit within 180 days of starting her job, even though she didn’t know about it for more almost two decades.

In 2009 President Obama signed into law The Lilly Ledbetter Fair Pay Act, which, among other things, corrected the error that lost her case.

“It’s not so much what happens to us, but how we react to it,” Ledbetter said.

She encourages girls and women to become involved in their communities and be aware of what is happening around them.

“Ensuring women have the tools needed to address the pay gap is just as important now as it was in the past,” Ledbetter said. “Every single person is affected by the wage gap.”

“I didn’t know the wage gap existed before we started studying it in our class, and before the speech. I believe in equality and I believe everyone deserves equal rights. It was really interesting to hear Lilly Ledbetter’s perspective,” she said.

Shanique Broom came to hear Ledbetter speak because she wanted to learn more about the topic.

“I thought it was interesting,” she said. “It enlightened me on some issues that I was never really aware of.”