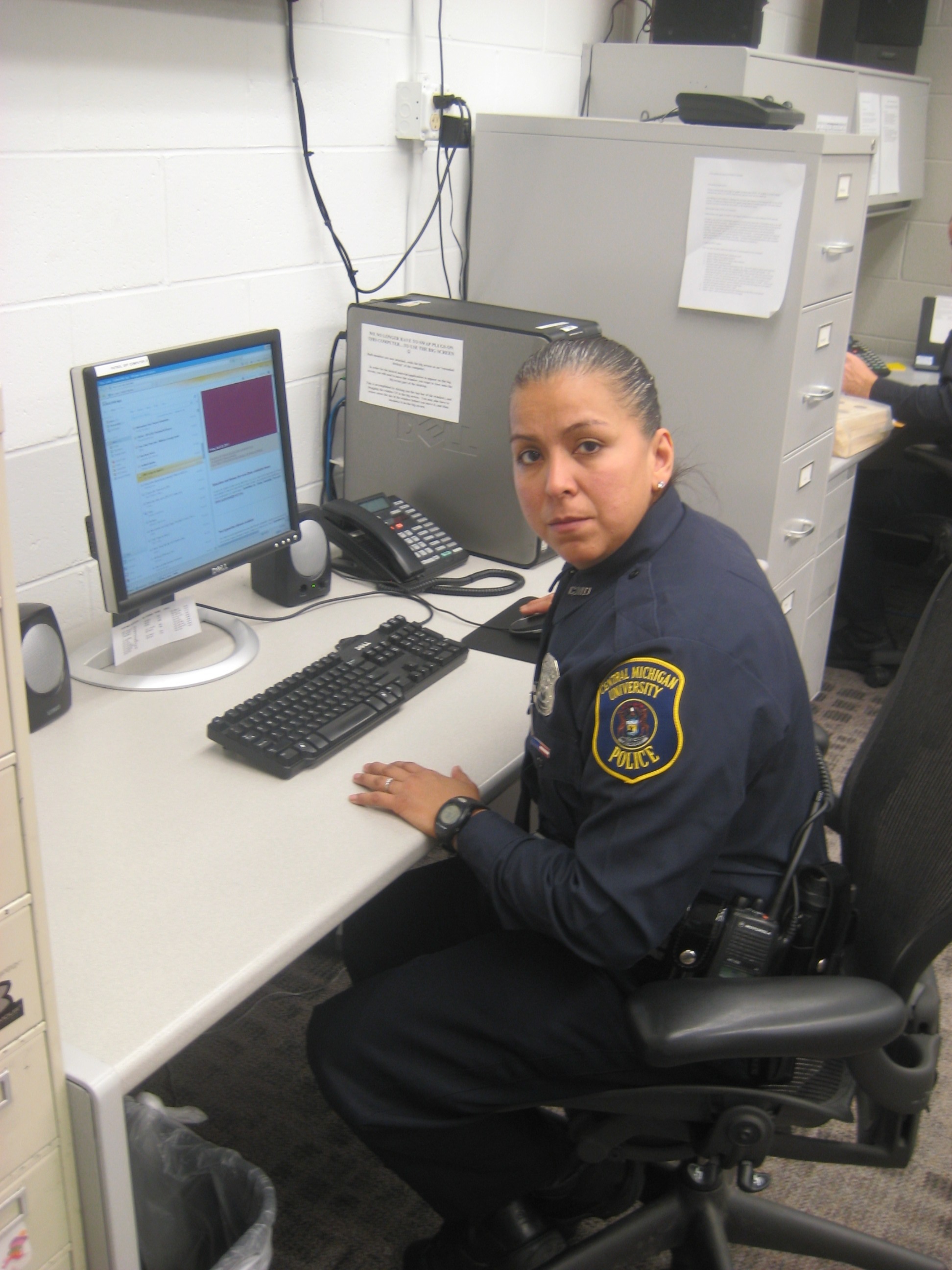 “I hated cops,” Officer Laura Rico said with a smirk. “I always felt like I was being harassed.”

That’s when Rico decided to enroll at Delta College and pursue a career in law enforcement. She wanted to change the negative perception that many Americans have of police officers.

Rico has been in law enforcement for 14 years now and was recently promoted to Community Police Officer after two years with the CMU Police Department. However, before Rico was at CMU, she worked 12 years as an undercover police officer in Gladwin County.

“I believe every officer should do at least a year of undercover work,” Rico said. “It gives you great experience and I believe it makes you a better officer.”

While working undercover, Rico was involved in two or three drug busts each week.

“You just have to use a deep voice and get loud,” Rico said humorously. “But it was pretty tough at times.”

Not only was Rico affected by the experiences of being an undercover police officer, her family was as well. Not wearing a wedding ring and having various scenarios to keep her children safe were just a few of the steps to help ensure Rico her family was safe.

“If I ever used my undercover name around my children they knew to walk away and pretend like they didn’t know me,” Rico said. “You have to be ready for every type of situation.”

While fighting crime, Rico has also tried to make good on her mission to change the way others think of police officers.

“I haven’t received many positive comments in the past,” Rico said while laughing about the opinions of others towards her as a police officer. “But the best would have to be, ‘I don’t usually like cops, but you’re all right’.”

While at CMU, she has volunteered to participate in several organizations such as Toys for Tots and D.A.R.E. She also volunteers annually in the Shop with a Cop program. This program selects one less fortunate family within the Mt. Pleasant community each year around Christmas to receive a $250 gift certificate to buy gifts for their family and friends.

In just 14 years of law enforcement, Rico has had to make many transitions in her life.

She has made the transition from a rebellious teenager to respected officer; from an inexperienced officer to a leader in the CMU Police Department with a high profile background; from life-threatening drug busts to making the Mt. Pleasant community a better place.

As for how long Rico wants to continue being a police officer and helping the Mt. Pleasant community, she simply replied, “Until CMU kicks me out”.