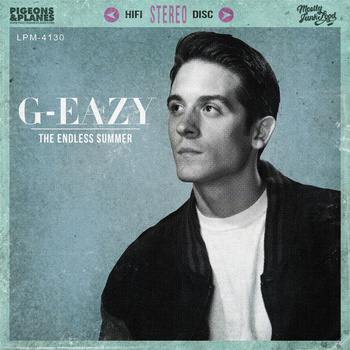 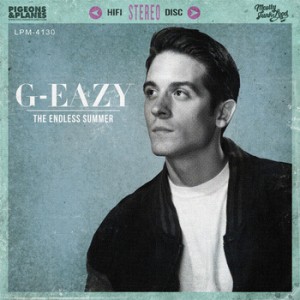 Get Familiar! is a new series that will introduce GCM readers to up-and-coming musical artists.

The first installment of Get Familiar! features Oakland/New Orleans rapper/producer, G-Eazy. Born and raised in California and now residing and attending college in New Orleans, G-Eazy has been doing his thing for years now.

Last Friday, he opened a show in Detroit for Wale and D-town native, Big Sean. G brought so much fun and energy into the venue, he was the perfect opener to set up Wale and Sean’s sets.
A somewhat unique quality is that G-Eazy produces his own music, which leads to a more genuine all around sound, portraying who he really is and providing a platform to create exactly what he envisions for his music.

G-Eazy has released two full-length projects already this year, the first being The Outsider, which was released in May. G’s latest project, released on August 9, is a free album entitled Endless Summer. The unique production mirrors sounds of the 50s and 60s – due to the strong sampling of songs from those decades.

The overall flow of the album reaches back to those decades with a strong California-chill influence provided by G-Eazy’s Cali roots. Endless Summer is best characterized as a fusion of The Beach Boys, The Beatles and Kanye West. The hit single, “Runaround Sue,” encompasses the overall sound of the album, and has a distinct 60s feel to it.

G’s Cali soul shines through best on tracks such as, “Hang Ten” and the instrumental he did for the track “Run.” A majority of the tracks have a laid back, chill, cool rap feel to them, most notably, “All I Could Do,” “Make-Up Sex” and “Acting Up.”

This laid back style that is found throughout the album relies on G’s delivery, which is mostly a calm and collected one. The remix to “Outta Pocket,” which appears in its original form on The Outsider, is the last track on Endless Summer and is feature heavy – showcasing other indie/underground rap artists.

Overall, Endless Summer is a great album with songs for any occasion that’s definitely worth checking out, as well as The Outsider. G-Eazy’s entire discography is available via stream below (mixtapes and prequels can be found at G-Eazy’s music page)!