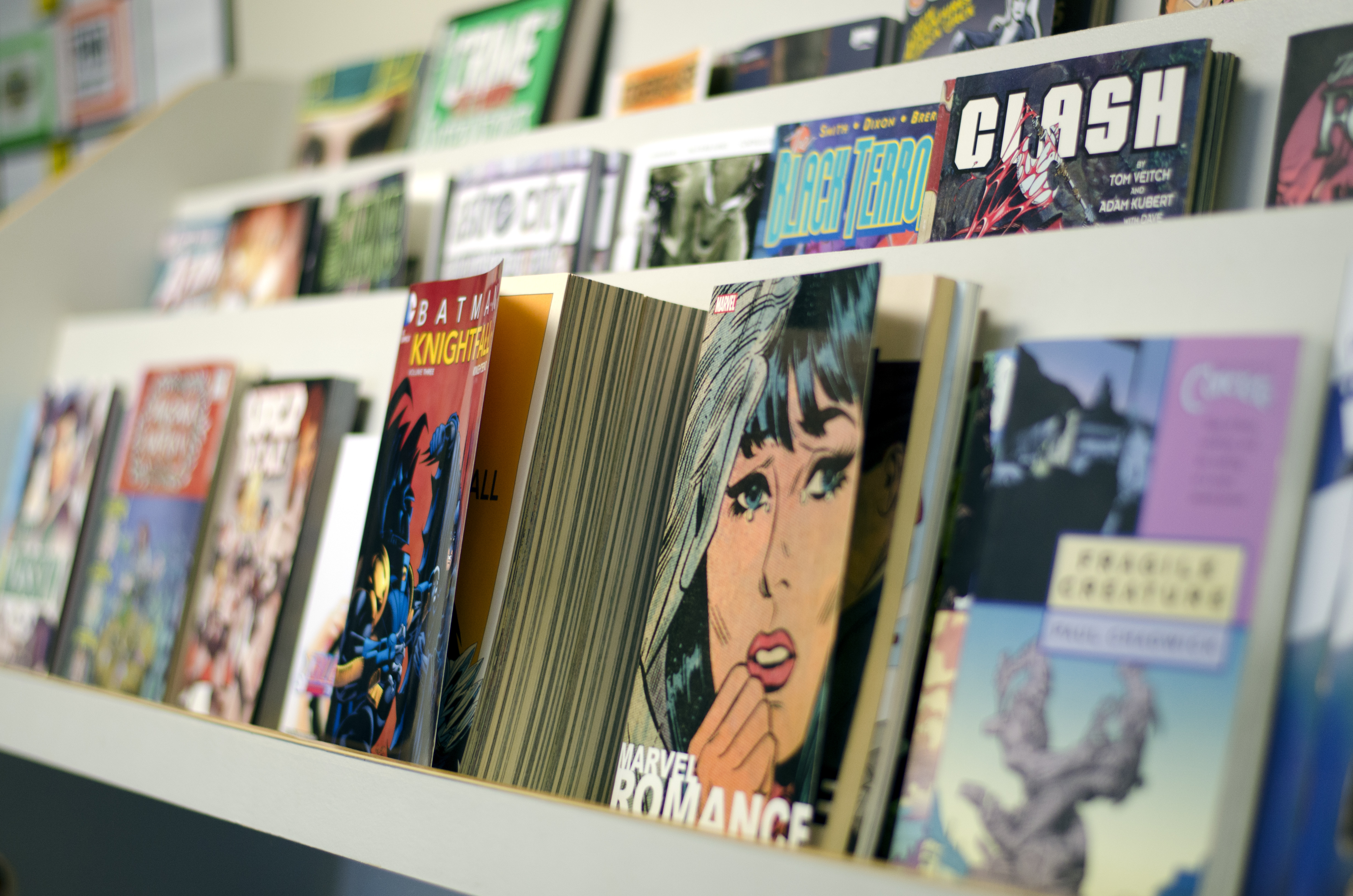 Though the store’s move to its current location on 1620 S. Mission Street marks the first time students at Central Michigan University have been within walking distance of Mount Pleasant’s most popular comic book shop, The Hall of Heroes, the shop has had a successful history as the main source of comic book merchandise within the college-town.

Hall of Heroes operates under the ownership of Michael Travis-Shuler, just as it has since the store’s opening on May 5, 2005.

Hall of Heroes is the result of Michael Travis-Shuler’s lifelong love affair with the comic book medium. “I’ve been reading since I was really little, like four or five,” Shuler said. “I just surrounded myself with a lot of comic books as I was growing up.”

Opening the store was also the realization of  Shuler’s ambitions to own his own bookstore. “I always wanted to own a bookstore, and it was a couple of years ago, when I was literally stacking hardcover books up on a counter, I was like, ‘I’ll open a bookstore.’ That’s what I kind of wanted to do, but you know a comic bookstore.”

In addition to stocking all the newest releases and older fan-favorites from the biggest comic book publishers like Marvel, DC, and Image (with Shuler completely willing to order in any item that a customer asks), “The Hall” holds weekly tournaments of popular collectible card games like “Magic the Gathering,” “Yu-Gi-Oh!” and “Dungeons and Dragons” (the full weekly schedule is available here).

While the store was the realization of a long-held dream for its owner, it also represents a valuable and cherished venue for camaraderie and relaxation for many loyal customers – a demographic that now includes relative newcomer Kurt Shattuck.

“I started coming to this store last October,” Shattuck remembers, “I had just moved here from Petoskey in September, so I was looking for some place to just relax outside of my house. I’m a disabled veteran, so finding some place to actually come in and have fun and just hang out is kind of hard for me. Finding this place was like finding a gem; like a diamond-in-the-rough. I automatically felt accepted into this group. The way I see it, it’s been really helpful towards my recovery.”

Besides providing the community with a well-stocked and convenient place to shop for all of their comic book needs, Shuler sees the shop as a valuable alternative location to socialize. “It’s a unique place to go for people who don’t necessarily like to go to bars or other places people ordinarily hang out. It’s a diversified location, you can just come here and hang out and play games and that kind of stuff. It’s sort of like a catch-all.”

Shattuck agrees with this sentiment, adding, “It’s a friendly atmosphere. Each person who comes in here has different things that they like to do. This is a place where you can bring what you like, and not be judged for liking it.”