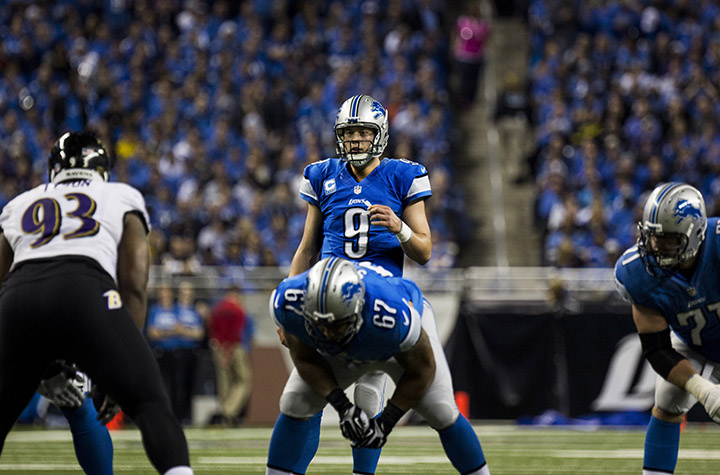 Ken Whisenhunt, Lovie Smith, Bill O’Brien and Jon Gruden. Sexy names for what was considered by many to be the sexiest coaching vacancy in the NFL this year.

Gruden withdrew his name early from the list of any potential openings, while Smith went back to his roots in Tampa Bay. O’Brien left Penn State for Houston and the No. 1 overall pick in the 2014 NFL draft. Whisenhunt spurned Detroit for Tennessee, where he was reportedly offered as much as $1 million more annually than the Ford family was willing to part with, and a chance to continue his coaching career in the city where it started in 1995.

Smith, O’Brien, and Gruden never interviewed for the position but were linked, at least early on, to Detroit via the rumor mill.

Whisenhunt however did interview with Martin Mayhew and company late last week, prior to the San Diego Chargers’ divisional round playoff game against Peyton Manning and the Denver Broncos. According to several sources, Whisenhunt was thought to be the Lions’ first choice and before it was announced that he was going with the Titans, there seemed to be little doubt Whisenhunt would be Detroit’s next head coach.

After the dust settled and names that would have intrigued fans and the media alike disappeared, Caldwell and Mike Munchak remained.

Both interviewed with Detroit and according to most accounts, both were impressive. Munchak is well-respected around the league and had been involved with the Tennessee Titans’ organization (formally the Houston Oilers), both as a player and most recently as the head coach, since he was drafted by Houston in the first round of the 1982 NFL draft. But Caldwell seemed to better fit the profile Mayhew and Lewand had in mind for the Lions’ next head coach.

Caldwell’s work with quarterbacks Kerry Collins (Penn State), Brad Johnson (Buccaneers), Joe Flacco (Ravens), and Manning (Colts), likely played a major role in his hiring. How quarterback Matthew Stafford develops over the next few years is paramount to the franchise’s future and ultimately, along with Caldwell’s reputation in terms of leadership and discipline, are why he landed the gig.

The 58-year-old coach watched every throw Stafford made in 2013, dissecting the quarterback’s mechanics and decision-making process prior to the interview, and then broke it all down for the Lions’ front office during his interview. He must have made quite the impression, because less than 24 hours after Detroit saw its apparent first choice take another job, the position was Caldwell’s.

Caldwell comes to Detroit with a coaching resume that dates back to 1978 but after a quick review of his two stints as a head coach, it remains unclear how good he really is. He amassed a 26-63 record at Wake Forest and while he did lead the Colts to the Super Bowl in 2010, how responsible Caldwell was for that success is debatable when you consider how reliant the team was on Manning.

When Manning missed the entire 2011 season, Caldwell could only lead the Colts to a 2-14 record. The team was built around Manning and Curtis Painter was not a sufficient replacement, but a team that reached the Super Bowl a year earlier, was expected to fare better.

Either way, Detroit failed to “win the press conference” with this hire. That doesn’t mean it will or won’t work out, it simply means Caldwell will have to prove himself early.

He will face the highest expectations of any Lions’ coach in recent memory. After a 6-3 start and a 1-4 finish in 2013, fans expect Detroit to bounce back and not only reach the playoffs in 2014 but contend consistently for years to come. It’s Caldwell’s job to deliver.

If the Lions don’t meet those expectations with Caldwell at the helm, Mayhew and Lewand might not be around to win any press conferences in 2015.