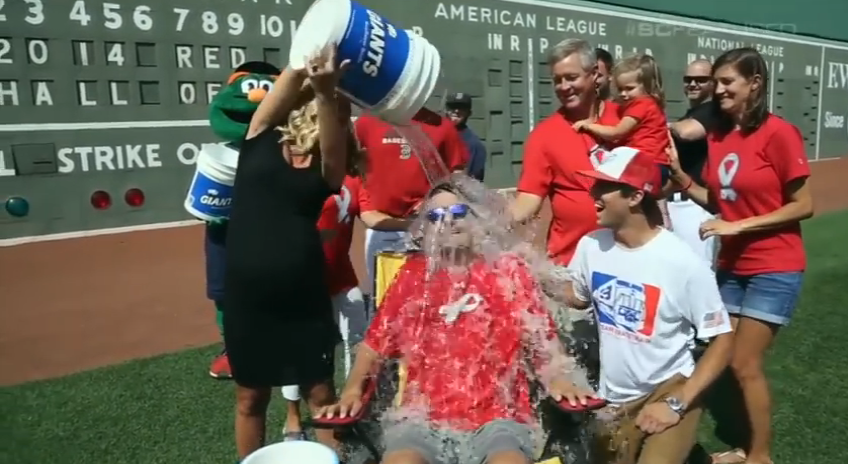 “Slacktivism — a uniquely American form of engagement in which statements are made without any real sacrifice.”

This is how Dana Milbank of the “Washington Post” defines this generation in his opinion article, “How can America inspire the Slacktivist Generation to action?” He calls us “slactivists,” a play on slacker-activists, because we show our activism for causes without putting ourselves in the line of fire.

“The slacktivist gets icy water over the head to fight Lou Gehrig’s disease, or tweets out hashtags to fight kidnapping in Nigeria (#BringBackOurGirls),” Milbank said. “The slacktivist wears color-coded bracelets for causes, ‘likes’ causes on Facebook — and goes to see a Seth Rogen film to defy North Korea.”

The main idea behind slactivism is to raise awareness for an issue without actually making any personal sacrifices (other than some monetary ones).

According to Milbank’s research, volunteerism has declined as well as military enlistment. Milbank, as well as John Bridgeland and retired Gen. Stanley McChrystal, whom he sources in his article, think the answer to “curing” the slacktivist trend is to make enlistment a requirement for 18-year-olds.

This doesn’t mean service would be mandatory, but every 18-year-old, “would either join the military or spend a ‘service year’ after high school earning a stipend serving in AmeriCorps, the Peace Corps and the like.” It is estimated the program would cost $20 million, being funded through taxpayer dollars and private funds.

The last thing we need is an additional $20 million added to the national debt, but those behind this article have a point.

Milbank says this trend can be traced back to 2001, when George W. Bush was in office. He asked Americans, rather than to enlist in the military and fight the War on Terror, to hug their children and pray for the soldiers who were already fighting in the war.

But hugging children isn’t going to end a war. Getting a million likes on a Facebook post about helping a child with cancer isn’t going to miraculously make it disappear, and dumping a bucket of ice-cold water over your head, while entertaining, isn’t going to find a cure for Lou Gehrig’s disease.

But here’s the thing: we know we won’t solve problems with our slacker-activism, but the least we can do is try. We can sell cookies outside Walmart to raise money for a homeless shelter so they can afford more food, blankets or beds. We can donate our old coats, shoes or any form of clothing so someone who needs it more can be warmer through the winter.

By doing these things, we know we are only making a small dent in the issues at hand – but at least we’re doing something about it.