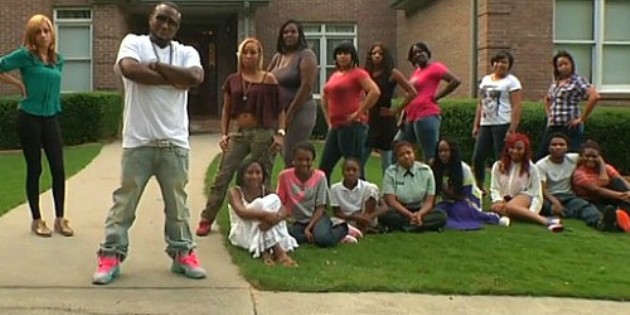 “Teen Mom” and Honey Boo Boo may have some new competition. A new reality show scheduled to premier on Oxygen has already grabbed the attention and concern of the media. “All My Babies’ Mamas” showcases rapper Shawty Lo, the father 11 children to ten different mothers. To make matters worse, he also has a 19-year-old girlfriend (the same age as his oldest child).

Many organizations have called for the show to be cancelled. This call to action includes a petition on Change.org led by Sabrina Lamb.  In her petition, Lamb says the show perpetuates stereotypes of black children, women and men and “Babies’ Mamas” will be damaging to the 11 children.

“And it is these children…our children who will hold all of us accountable by allowing them to be exploited, internationally, in this manner,” Lamb said.

Lamb is absolutely right that this show is stereotypical, and Shawty’s children are being exploited. But isn’t this what reality shows have become: stereotypical and exploitative?  “Psychology Today’s” Dr. Dale Archer points out “Toddlers and Tiaras” and “Bad Girls Club” were also used as platforms to broadcast nasty behaviors. Archer stressed the need for people to analyze why these shows are popular.

Although the article makes many compelling observations, Archer is wrong about one thing. He claims that days of “Father Knows Best” and “Leave it to Beaver” have passed because no one would watch these shows today. However, if that were true sitcoms like “The Big Bang Theory” and “Modern Family” wouldn’t exist or have risen to their successes.

The fact that great sitcoms exist and the general population chooses to watch “Jersey Shore,” “Here Comes Honey Boo Boo” and “The Real Housewives of Who Cares” is pathetic and demonstrates how low many of the standards of entertainment have fallen.

I understand that not all audiences want to come home and watch a documentary on dinosaurs or World War II. I understand the need to escape to a silly storyline and absorb a character’s drama in an attempt to forget about your problem. However, can’t audiences do that with a show that’s actually well-written? Even though reality shows are greatly popular, viewers have other options, but choose to watch trashy people do trashy things.

If viewers stop watching this garbage and demand quality entertainment, networks will respond. The reason why “Babies’ Mamas” and the Kardashians exist are because they make money. So if you are offended by “Babies’ Mamas,” don’t sign a petition, simply just don’t watch the show or any other show that degrades people and reflects poorly on our society.

As a culture we have two options: stop watching or stop complaining and accept these shows for what they are. I am not going to specifically suggest you don’t watch “All My Babies’ Mamas,” but if you choose to watch it, don’t be surprised or offended when a reality show comes a long that stereotypes your demographic. I will not be watching, nor have never watched “Jersey Shore,” “Real Housewives” or “The Real World” either. Do you want the current media climate to stay the same or are you going to do something different?