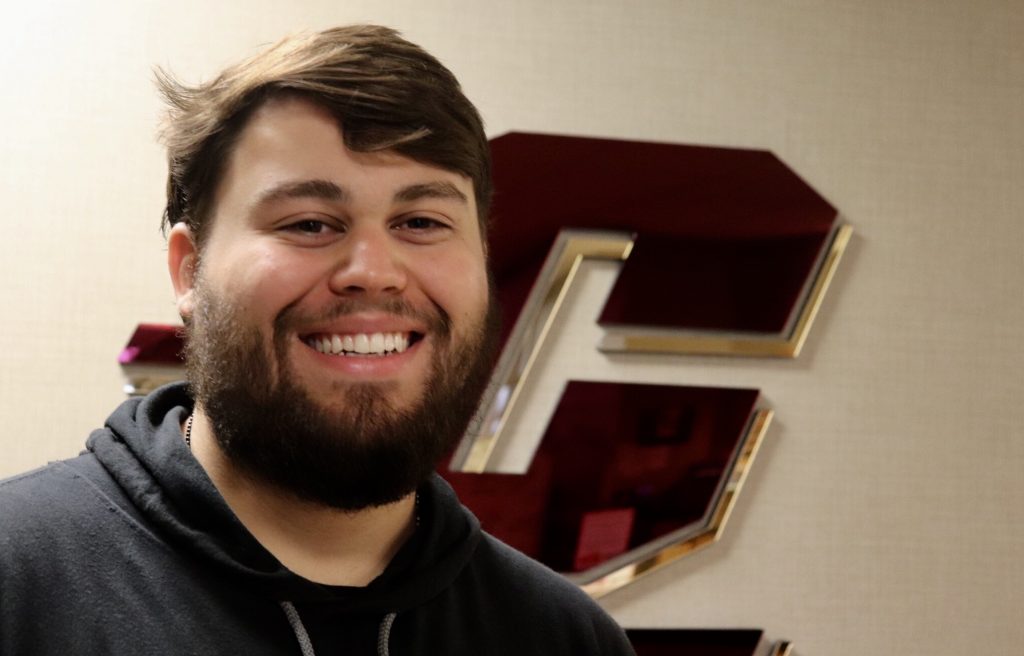 The phrase, “Fire Up Chips,” has a different meaning for everyone. To many, it’s just something to shout at a football game, others would say it means feeling blessed to be here. Central Michigan University senior Dylan Reinink would say he’s grateful to be attending this university.

Reinink is a Residence Assistant at CMU, and he said it was the greatest decision he ever made. He thought about the opportunity of being an RA since high school.

“I want to leave a positive impact on someone’s life, even if it’s one out of the seventy-four residents that I have,” Reinink said.  As long as they’re inspired by him he knows he’s giving it his all.

After transferring  from a community college, Reinink is thankful for how positive CMU’s campus is.

“It was helpful getting adjusted knowing how friendly people were,” Reinink said.

Being a leader is what inspired Reinink to aim higher. Before becoming an RA, Reinink was Vice President of Kulhavi Hall Council for one year.

Students wave to Reinink as they pass him, but they don’t really know the person behind the smile. When Reinink was in boy scouts, two people that were under his delegation of leadership had passed away at the age of seventeen and eighteen. He wears a handmade eagle scout necklace every day in remembrance of them.

“It’s my daily reminder that everything I do, I have them in mind,” Reinink said.

Despite what he has been through, he is content being around wonderful people at CMU. Yes, life may get tough, but Reinink believes everything that happens, happens for a reason, and it makes us stronger.

He has a role as an RA, but also a true friend.