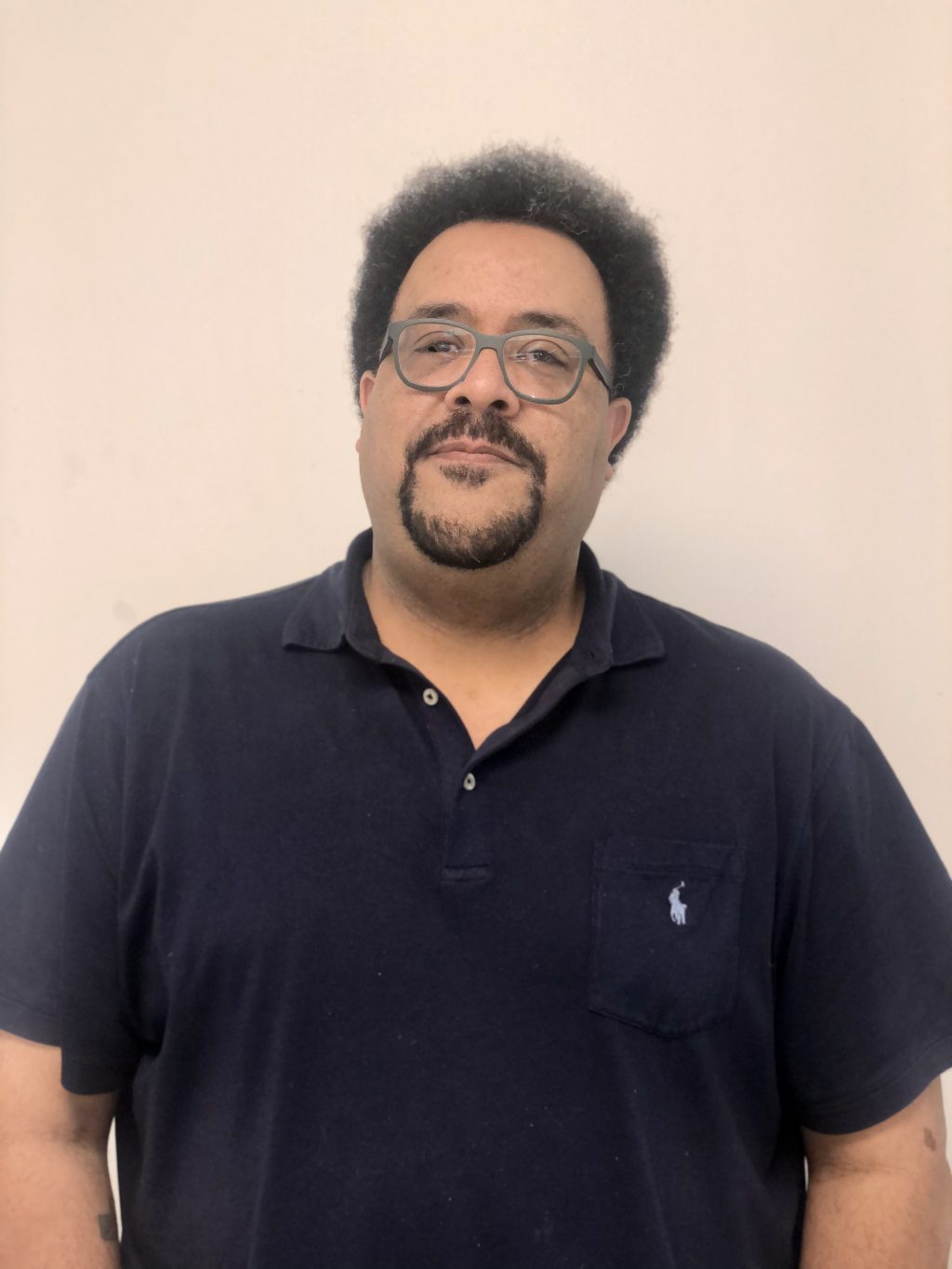 Life is all about the lessons learned and how you want to share your talent with the world. Professor Lee VanderKooi is a creative artist, graphic designer, art director, photographer, printmaker and image creator.

Lee completed his undergraduate degree at the University of Akron and then went to North Carolina State where he received his masters. Lee taught at the The University of Hawaii after he was done with graduate school. He then taught at The Herron School of Art and Design in Indianapolis. Now, Lee teaches at Central Michigan University in the graphic design program.

“When I was in art school, I started off with drawing and painting and did a lot of collage work,” Lee said. “I did work with polaroids too. But for me, one of the fundamental things of art school is whatever you need, people are there for you willing to help.”

Lee started out working in graphic design, but he eventually ventured to the outskirts of design where he found himself pondering works of art. He discovered other aspects of design through photography, printmaking and other personal projects that he has taken up outside of the classroom.

Lee knew that he wanted to be a part of the design world. He said  he wanted to become an advocate for using design to make the world a better place.

“I like to think a lot about design. I like how design allows me to think,” Lee said. “I like design that isn’t straight forward and is ambiguous. I like when things make me think about them and sort of puzzle about them.”

“The feel of design is really important to me. Often when I look at a piece of design, i’ll have an immediate feeling. It gets me in my feelings about how it works,” Lee said.

Lee enjoys design where more of his skills are engaged, rather than being told to create an interesting advertisement  for something in particular.

“I love print, I love paper and materiality. I love how old paper feels and smells, how ink of paper comes off. I am a sucker for print design,” Lee said.

The thing Lee loves most about being a teacher is that he not only gets to guide students along their journey, but he enjoys getting to engage in his own projects on the side as well.

“My projects that I work on are the projects that I find the most interesting because they show memories of my journeys to places like London, Paris, Oslow and the opportunities I had working with people and collaborating on designs,” Lee said.

Lee is currently working on a personal project that will promote body positivity. He enjoys allowing others to share their story or having them leave with a resonating feeling of being able to love themselves more after viewing his work.

David Stairs is a professor of graphic design at CMU and is the reason Lee decided to come to the school. He heard how Stairs works on design for design ultraism and has taken students to Africa to study the art of design.

“He is really aligned with how design can do good in the world. I had heard of him and I thought well okay if he is at Central then something’s going on there,” Lee said.

Another impactful person  in Lee’s life was a professor named Christopher Hood that taught him in his undergrad. He learned how to better deal with students and still looks up to him as a teacher and a designer.

“Sometimes I struggle with with students who could care less about their work. I am willing to give a lot of myself, my time, energy and resources as a professor,” Lee said. “When you are that type of professor, you don’t always feel great when the student doesn’t care about the work they are doing.”

Lee explained that if you showed Hood that you were engaged and interested, there was no limit to what he could show you.

“For me, he would turn me onto stuff, I would go away and learn more and then we would come back and talk about it,” Lee said.

If it weren’t for Hood, a lot of who Lee is as a designer wouldn’t be possible. Christopher planted seeds in his mind about going further, pushing deeper in your ideas and thought process, and having conversations about design.

“I hoping to keep using design to raise awareness to issues, spark inspiration, or make a change to someones life,” Lee said.

“At the end of the day it is to have more opportunities to be able to have an impact and to do good.”