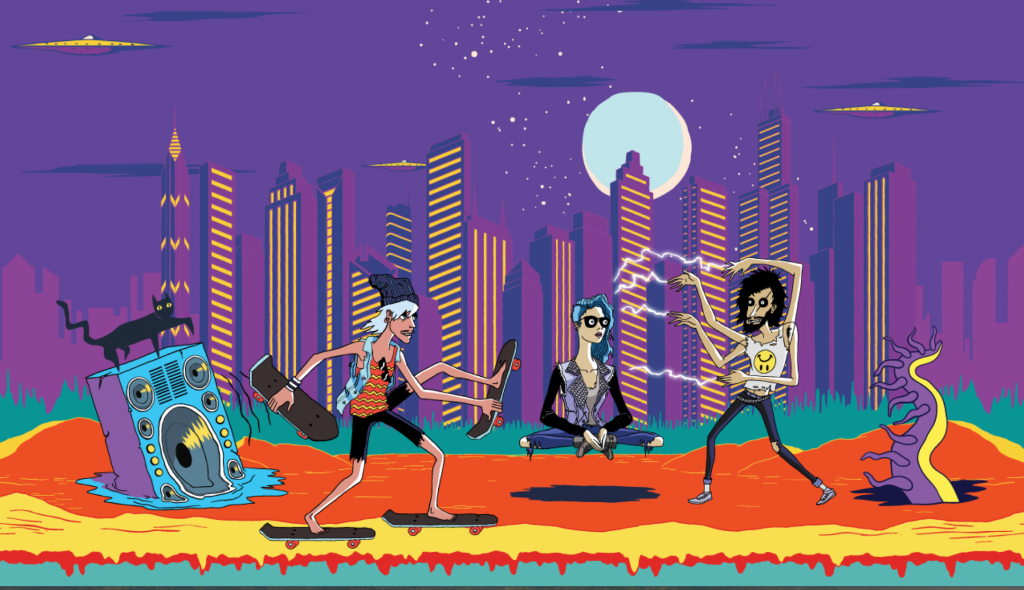 If you were lucky, summer wasn’t just all work and no play.

Every summer, college students across the nation venture out to see their favorite music acts perform. Whether it’s a low key concert twenty minutes down the highway or a music festival states away, these Chips will give you major FOMO with their experiences at some of the most popular concerts of the summer.

1. Lollapalooza, Chicago, IL
“I think music is the one thing in the world that can bring completely different people together, and Lolla was a perfect example of that. It didn’t matter who you were or why you were there, you were just there with everyone else. It was so nice to just be surrounded by people who genuinely appreciate music and the happiness it brings. The atmosphere of Lolla alone makes you feel like you’re standing on top of the world – it’s as if that little piece of Chicago is the only place in the world that really matters, and you’re there. I may have spent close to $1,000 for the whole experience, but I still would say it’s worth it, 100 percent.”

2. Summerfest, Milwaukee, WI
“Summerfest was my first music festival, and it did not disappoint. I went with my cousin and her friends, and at first I was a bit overwhelmed because it is called ‘The World’s Largest Music Festival’ for a reason. But I got over it pretty quickly when I saw how happy everyone was just to be around people who enjoy music. The atmosphere was so relaxed and upbeat, and to top it all off, I saw ‘Passion Pit’ play a full set in the pouring rain which was beyond awesome. My experience was so great that I’ll be shelling out money to go next year with no regrets.”

3. Faster Horses, Brooklyn, MI
“’Big Green Tractor’ by Jason Aldean is the song that got me hooked on country music in the first place, so hearing it live was an especially amazing experience for me. One of my favorite things about Faster Horses, and the thing that makes me want to go back next year is how nice and friendly everyone is there. It was nice meeting up with my old friends from high school, but it was so cool how I was able to make so many great friends in a relatively short time period due to the atmosphere of it all.”

4. Mo Pop Festival, Detroit, MI
“Mo Pop was my first music festival and I had a blast. I loved how small and relaxed it was. My favorite act was Matt and Kim, even though their set was cut short due to technical problems; they still put on a great show. I also really loved seeing The Head and The Heart because their music is so full of emotion, which was especially great at sunset with the river in the background. Also, the fact that the festival only had two stages that alternated performances was awesome because you never had to choose between artists. There were so many awesome artists, plus it wasn’t too expensive! I’d definitely go next year.”

5. Coldplay: ‘A Head Full of Dreams’ Tour, Chicago, IL
“This summer wasn’t my first time seeing Coldplay in concert, but it was by far my favorite one. Coldplay is my absolute favorite band, and seeing them in my favorite city was just the perfect combination. The end of the concert got rained out, which sucked, but I was able to see them play ‘Fix You’ live in the rain before that, and the only word I can describe it as is ‘magical’. Both my clothes and body may have been soaked from the storm, but I have never and don’t think I ever will again see a show like that.”