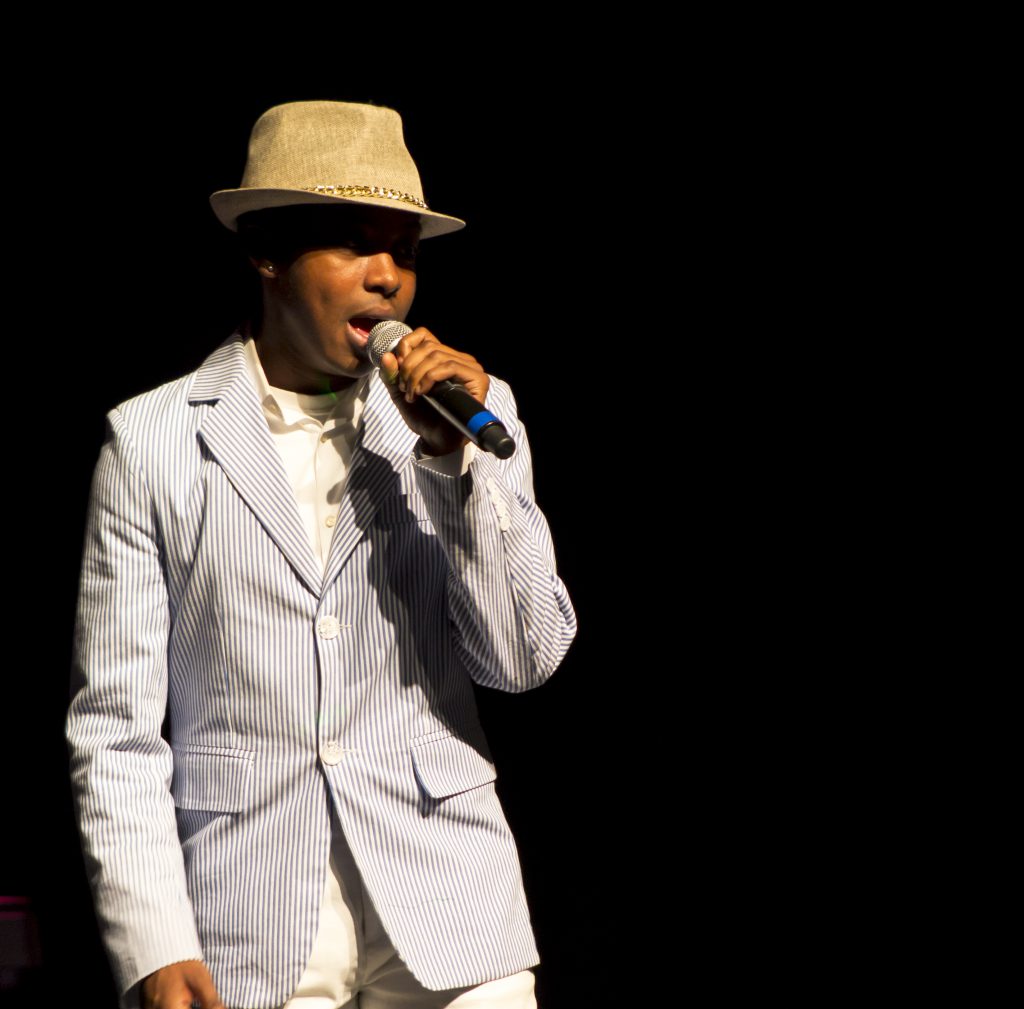 Students, families and friends gathered in Plachta Auditorium on Saturday, March 31 to attend the annual Festival of Justus. The festival is put on every year to showcase and celebrate the musical talents of Central Michigan University students and those a part of Justus League, a hip hop RSO.

Moore Media Records, 101.1 The Beat, the Asian Cultural Organization and the NAACP were just some of the supporters at the festival.

The show was hosted by Justus League member senior Daryl Wallace. He also performed some of his songs during the event. 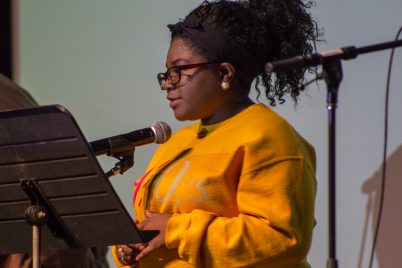 President of Justus League and DJ for 101.1 The Beat, Detroit senior Ahsha Davis took the stage as a spoken word poet along with alumnus Marceil Davis and Stevenson Altidor who also performed some of their poetry.

The first musical act of the show was the local band Crystal Images. The band is made up of music students Orion Brill, Zachery Boyce and Tyler Runyan. They played four of their original songs, including one dedicated to Runyan’s high school friend Evan Gardner who had passed away. Their music was a folky, easy listening acoustic style. 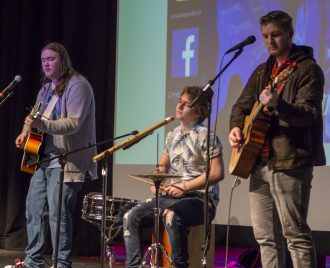 Next to walk onstage was Jim Bollella, the advisor for CMU’s radio station WMHW-FM. Bollella was asked to speak about what music means to him.

“… It’s like asking a fish, ‘what does water mean to you?'” Bollella said.

He spent most of his life working in radio stations and recording studios. Bollella believes that music is art and it deserves our undivided attention.

“When I was a teenager our relationship to music was listening to music all by itself. You would clear your schedule, sit down and just listen to music… Music is everything to us,” Bollella said. 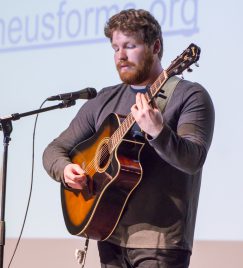 Elliot Plummer took the stage with just his guitar in hand. Plummer only performed three songs, but even though his music was soft in style his lyrics were moving.

Next up was the newest member of Justus League, Emmanuel Jacob. He had just released his first single that day. He sang three original songs, one of which he co-wrote with Wallace, and performed a rendition of “Purple Rain,” originally performed by the late Prince. All of Jacob’s songs were made of soulful R&B lyrics and powerful vocals accompanied by a piano.

Wallace performed some of his original songs as D. Anonymous and also performed a new song from his future album with the help of singer Megan Eurton-Henderson.

Then the one-man band Walk Her Arms came to the stage. This band was founded by Ian Armstrong whose vocals were deep and powerful. He was found by Justus League in the old coffee shop The Dreamer. Armstrong performed three original songs.

Car Crash Rhetoric came on after Armstrong and at first they experienced some technical difficulties, but they got their set rolling quickly. The pop punk band performed four original songs. The band included guitarist Kyle Engel, drummer Jacob Seavey, and bass player Jeremy Wattie. Each of them is a CMU student.

Atendance was low for this year’s Festival of Justus, but that didn’t stop its performers from putting on show after show.