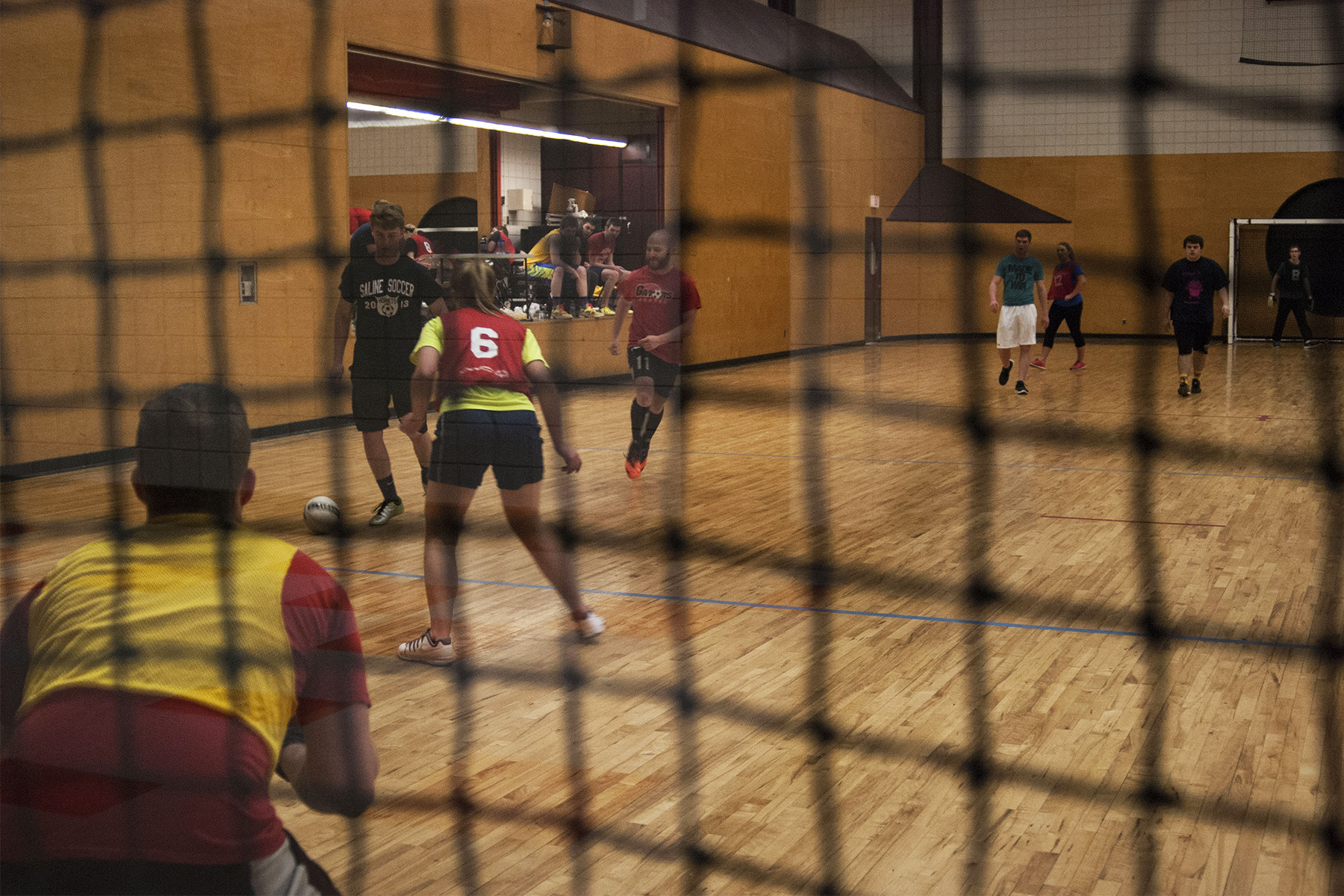 With another semester halfway over, comes another competitive season for Central Michigan University’s intramural sports.

After a long, grueling season for the fight to the finish in indoor soccer, the championship tournament came to a close just before spring break.

In five divisions consisting of Men’s, CoRec, Women’s, Fraternity and Sorority, the championship games were underway in an unforgettable end to an exciting season of soccer. As the audience cheered on their favorite teams, here is a breakdown of how the championships went.

Ashley Marroquin, a sophomore from Holt, Michigan, and SWAG team member not only won her first IM Championship, but won in her first season of participating in CoRec intramural.

“Winning the CoRec championships actually meant more to me than I thought it would,” Marroquin said. “Going into playing intramural, I thought it would just be for fun, but I quickly realized this might as well be the World Cup.”

Fellow teammate, Saudi Arabia junior Khalid Aldossary had an experience that he will never forget, as he was playing with a torn ACL and meniscus.

“It was amazing for me and it was a tough game,” Aldossary said. “It was amazing, as I said we had two players injured and I was playing while tearing my ACL, so I can’t describe how proud I am to be on this team.”

The championship game is nothing to joke about, as Marroquin didn’t even know if her team would win. The first half ended with SWAG being down 3-1 to Fake Madrid.

It was then that the team knew their performance needed to change and they needed to gain their confidence back that they had from the start of the tournament play.

Marroquin said the game went well overall, but in the beginning, her team’s nerves got the best of them. The game didn’t go as smoothly as like would have liked from start to finish.

“Honestly at one point I wasn’t even sure if we would win,” Marroquin said. “For some reason my team wasn’t playing as a unit, and that’s one aspect we all agreed was critical to our performance. As soon as we realized we weren’t playing our game, we figured out what we needed to do to win.”

Echoing Marroquin, Aldossary said they did not play well at the beginning. However they overcame obstacles as a team with many of their players hurt and won the championship.

Mentally their heads weren’t in the game at first. Once they shook off their nerves and played their game the second half, it was then that SWAG began to score again and took the lead in the final two minutes of play, being up 5-4.

According to Marroquin, all of the team bonding SWAG did and the time they spent together before, during and after games is what set them apart from the rest of the teams and gave them an advantage overall.

Not only did Marroquin get to play in a championship game, but she got to officiate the other four championships as well for the men’s, women’s, fraternity and sorority leagues.

“At times players got rowdy, which stresses us referees out big time, but for the most part the games were quality matches,” Marroquin said. “It was refreshing to have two teams out there with genuine skill, as opposed to some of the teams in the regular season who weren’t as competitive.”