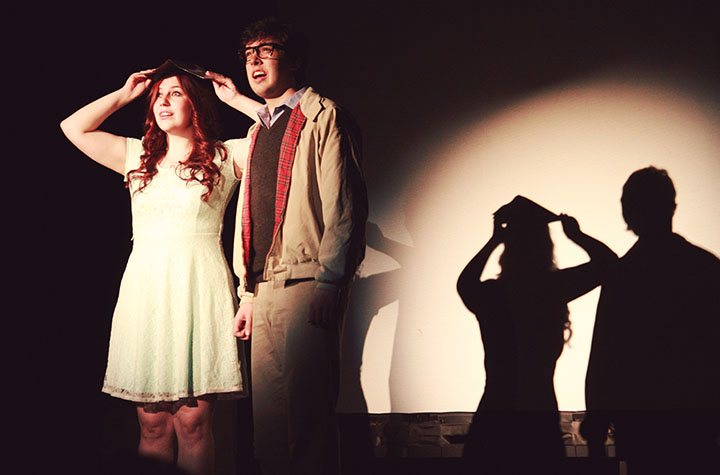 Some people enjoy watching endless horror movies when Halloween comes around, while others prefer a zany musical about aliens from the planet Transsexual in the galaxy of Transylvania.

This past weekend, the cult classic “Rocky Horror Picture Show” returned to the Broadway Theater for its annual show in Mount Pleasant.

The venue hosted two nights of the show on Oct. 25 and 26. The theater was packed with people ranging from college students, older adults and families with young children. Several of the attendees were festive and dressed in Halloween costumes.

The night began with four different costume contests: sexiest male, sexiest female, most original and best “Rocky Horror” costume. The big winners of the night were Miley and her wrecking ball, a skunk, Tuxedo Mask, Sailor Moon and Columbia.

Before the show can start, the “virgins” (audience members who have never attended a “Rocky Horror” show) must stand up and give the virgin pledge. They must raise their hand and “place it somewhere naughty.” Then the rest of the audience must take the Transsexual, Transylvania and The Rocky Pledge.

Attendees were also able to buy a bag of goodies that must be used during certain scenes of the film. During the wedding scene, for instance, the audience must throw rice at the movie screen.

The show began and as certain characters made appearances, actors came on stage and began acting out the parts along with the film. But the thing that makes the experience great is the audience.

“My favorite part about going is the audience participation,” said Brehan Bisbee, an audience member who went for her first time on Friday. “The raunchy call outs are frankly hilarious and complement the movie perfectly.”

The call outs to certain scenes in the film will have everyone laughing and is the most humorous part of the night. It was also entertaining to see the actors come into the audience while being chased by Dr. Frank. It adds comedy and helps the audience feel like they are a part of the experience.

“I enjoy the audience participation and overwhelming sense of acceptance,” Brisbee said. “The entire theater is filled with this aura of anti-judgement and a carefree spirit.”

Rocky Horror is not about being judged, and it allows someone to be as crazy as they like. The film certainly lives up to that craziness. People have been doing this since it was released in the 1970s.

“This year was my first time going to see the stage show but it’s definitely a tradition,” Brisbee said. “The first time my parents met was actually at a Rocky Horror Picture Show performance, so its been in my family for a long time.”

The awkward sexual tension in the film and onstage make everything humorous, but it is not something meant for children. It is however, definitely something that should be experienced once in life. Audiences will not regret it, as it is a must see; especially on Halloween.