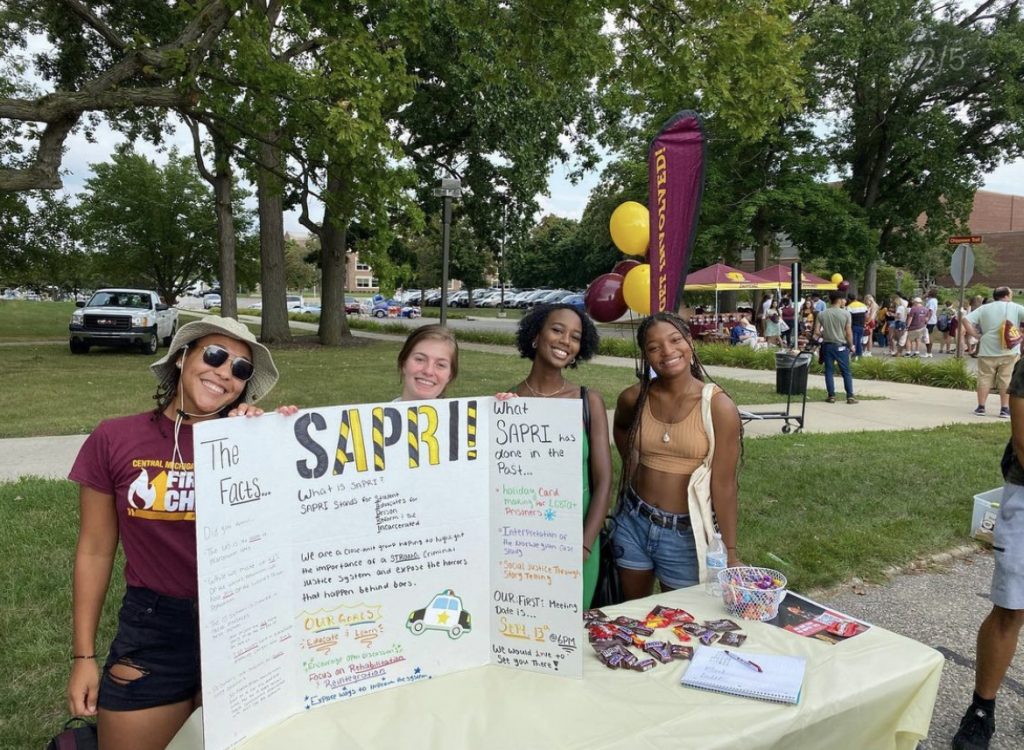 As the world’s leader in mass incarceration, the United States holds 200 million people in prisons and jails.

Student advocates for prison reform, and the incarcerated (SAPRI) is an on-campus student organization dedicated to educating students on mass incarceration and its effects.

SAPRI devotes their meeting time to informing students about the effects of mass incarceration. The organization presents slideshows on problems important to them. After the slideshows, the group leads a discussion.

“We hope to foster education and have people ask questions so that everyone can learn more,” said current president Kujuana Quinn.

Quinn joined SAPRI her freshman year as a general member. Over time, she made her way up the chain of command. She became the social media coordinator, then the group’s secretary, and now serves as the president. Quinn wants to pursue social justice reform and saw SAPRI as a perfect opportunity.

Although educating students is a part of their mission, SAPRI also takes action. The organization holds events that help coincide with their meetings. This year, SAPRI will host holiday making cards for LGBTQ+ prisoners, letter writing to local prisoners, and hosting a formerly incarcerated transgender person to talk about their experiences in prison.

They also hope to get back into local prisons this year. Because of COVID-19 regulations, they had to stop volunteering. Before COVID-19, the organization visited the Saginaw Correctional Facility and volunteered. There, they would read to prisoners and host activities to help create bonds.

“People in the system are people, just like us,” said Quinn.

SAPRI lives with a quote written by American lawyer and social justice activist Bryan Stevenson. The quote states, “Each person is more than the worst thing they’ve done.”

“That’s what SAPRI is about… every person is a person. They’re more than the worst thing they’ve done,” said Quinn.

SAPRI meets on Tuesdays at 6pm on campus in Anspach room 255.