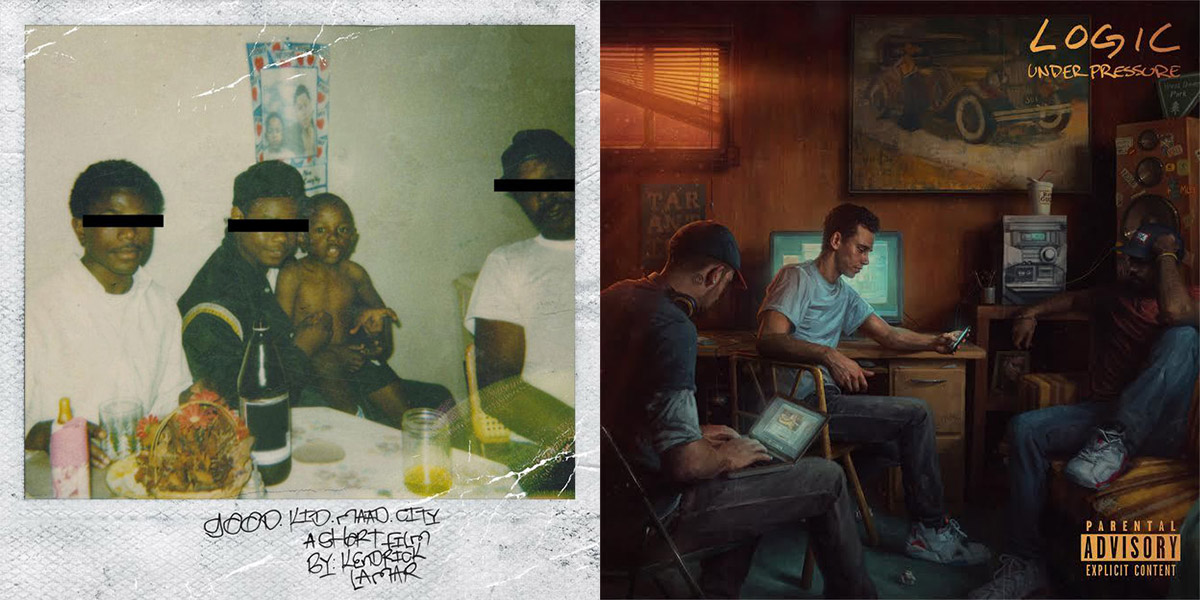 In 2012, Kendrick Lamar set hip-hop on fire with his major label debut album, “Good Kid, M.A.A.D. City.” And since then, rap music has not looked back.

Although “GKMC” wasn’t the first concept album in rap music, it was the first by an up-and-coming rapper to resonate with such a wide variety of fans since Lupe Fiasco’s “Food & Liquor” was released in 2006.

In the time since Lamar’s breakout studio album, rappers have not only figured out how great it actually was, but they’ve also realized how great the formula for the album is.

The album’s theme is built around a semi-autobiographic story of Lamar as a teen in Compton, California, who doesn’t aspire to do much more than hang out with his friends and pursue (mainly) sexual relationships with women, but how he ultimately grows as a person through experiences of violence, drug use and religion.

Keep this storyline in mind as you fast forward two years. Lamar is now one of the top rappers in the game.

The acclaim of his album “GKMC,” along with his show-stealing verse on Big Sean’s Internet single “Control,“and other various verses he has had since, he is setting himself up to run rap music while also setting the standards for what a great rapper from his era truly should be.

Maryland native and up-and-coming rap artist, Logic, may now be proof of Lamar’s influence on the rap world in his short mainstream career.

Logic recently released his debut album “Under Pressure” through Def Jam Recordings on Oct. 21. Upon first listen, a few general things are easy to notice.

First, Logic is still a young rapper trying to prove his worth in an often hostile rap game, however he pays homage to the robotic voiced “tour guide” that A Tribe Called Quest made popular on their 1993 album “Midnight Marauders” as a way of telling listeners interesting facts about the album or the artist periodically throughout play.

Second, the album has near-flawless production and impressive lyrics on every song. The problem is, while listening, you begin to realize many unmistakable similarities to Lamar’s debut album.

The first time the similarity between the two becomes evident is on Logic’s song “I’m Gone,” in which an argument can be made that he stole one of Lamar’s flows.

Lamar has been noted for having a unique robotic flow at certain times, which can help him pack extra syllables into his verses seamlessly. Logic must be a fan, because he uses the same technique on his album on more than one occasion.

It also doesn’t help Logic’s case that his song “Metropolis” has a nearly identical beat and mood as Lamar’s “Sing About Me,” except for the fact that it doesn’t have an interlude. Given that the two songs are so similar sonically, the argument that Logic didn’t borrow from Lamar is a fruitless one at best.

So, only a few things borrowed from Kendrick isn’t bad, right? There’s nothing wrong with a little inspiration shining through in Logic’s music. But after closer inspection, what was borrowed wasn’t just a flow – it was the theme of the album.

Listening to both albums, you may notice these themes:

Logic even ends his album in a similar fashion, with a skit from an elder male perspective, followed by the concluding track.

Although Logic is telling his own semi-autobiographical story with this album, “Under Pressure” has too many similarities to “GKMC” to simply be deemed a coincidence.