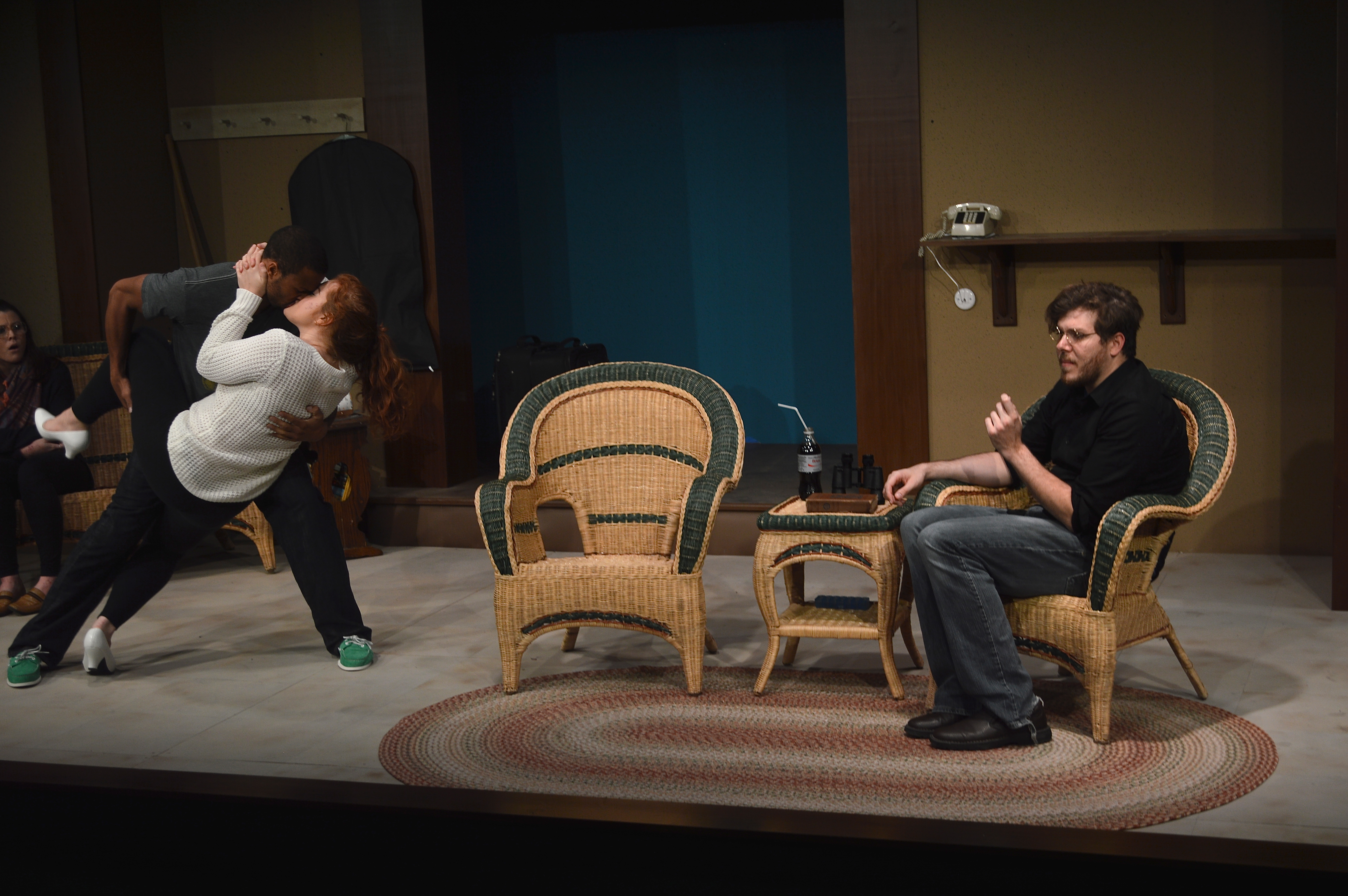 In an ode to classic theatre playwright Anton Chechov, the University Theatre Program will be performing “Vanya and Sonia and Masha and Spike,” written by Christopher Durang this coming weekend.

“The danger with a Durang comedy is playing it very surface because the language itself and the situations are funny, so an actor can just walk in and do the line and it will be funny,” said Director Keeley Stanley, professor of directing. “But I think if you take that situation and you do the work that’s required to develop them we start to see the layers. It’s not only funny but compelling and moving.”

The play is an adaptation of Checkov’s style of writing, rewritten to fit his themes into a modern setting. “Vanya and Sonia and Masha and Spike” focuses on the lives of two sisters and their brother after the youngest sister, Masha, brings her metropolitan-30-years-her-junior-boy-toy Spike home for a visit. The actors are Central Michigan University students, and even though the characters they portray are 40 years older than their current ages, they still find a way to connect with them.

“I think Masha is a brat, she is almost 60 and still a brat which isn’t how I am,” Allie Jackson (Masha), Sterling Heights senior, said. “But I think in general, she is insecure about things that you don’t see and I think everyone is like that in some aspect and she realizes that sometimes it is better to put on a happy face.”

These characters bring a change of pace for some of the actors involved but still remain something the audience will be able to relate to.

“I have only ever done basically same roles over and over again in past shows and this one is very different from what I usually play,” said Kendall Day (Sonia), Bloomfield Hills senior. “I’m usually playing someone very grand and royal but Sonia is very introverted. She often makes jokes at her own expense.”

For the unseasoned theater person understanding the essence of Chechov might not be the first priority upon seeing “Vanya and Sonia and Masha and Spike” due to its difficult to understand nature.

“It is a difficult thing at a university, because yes, we are a center for academia and we should be trying to enlighten students,” Stanley said. “That’s why we do Chechov, Shakespeare and hopefully one day Ibsen because we should teach our students about these. But we need to show that theater can be entertaining because before television, movies, and internet people went to the theater because that’s what they had.”

In 2013, “Vanya and Sonia and Masha and Spike” won a Tony Award for Best Play. Its adaptation allows for younger audiences to understand Chekhovian themes without directly studying the playwright. The show features discussions of social media like Twitter, Facebook and other mobile apps in order to bring this story into the 21st century.

“I’m ready for people to see a very fun, funny, but also heartfelt show about family. That everyone can relate to,” said Assistant Stage Manager and Sterling Heights senior Danielle Monpetit. “But also as a message about how times have changed and how maybe reconnecting with our past and not necessarily only our pasts but our parents and grandparents pasts might not be a bad idea.”