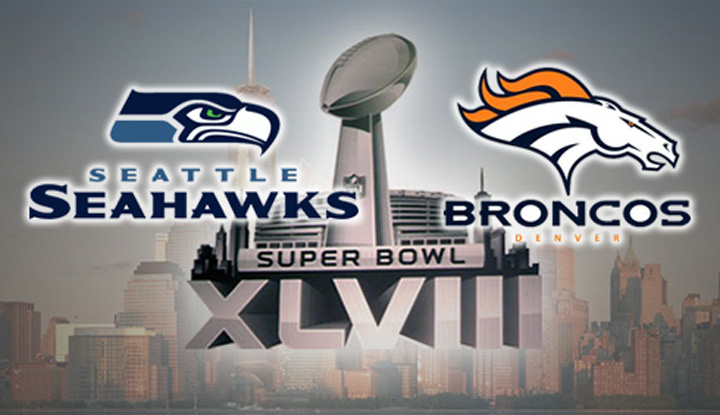 Super Bowl XLVIII pits the NFL’s top seeds — the Denver Broncos and Seattle Seahawks — against each other for the first time in five years, and features some of the most popular personalities in the sport.

“I want Denver to win, but I think the Seahawks will win,” Mosier said.  “The N0. 1 defense and the cold weather will be too much for Peyton Manning.”

Mosier said Seahawks’ running back Marshawn Lynch will be the game’s MVP with a solid performance from quarterback Russell Wilson, who Mosier pegs to lead a game winning drive.

Manning, the Broncos’ legendary signal-caller, is fresh off of a record-setting season in which he threw for more yards and touchdowns than any other quarterback in league history.

The Seahawks are not short on talent or confidence with the self-proclaimed “best corner in the game,” Richard Sherman and the Skittle-loving running back Lynch.

Similar to Mosier, senior Kyle Veltema said the Seahawks will be too much for the Broncos to handle.

“I love Peyton Manning, but I don’t think he’ll be able to beat Seattle,” Veltema said. “I’ll probably watch the game at home. It’s going to be a really good game.”

Both Veltema and Mosier agree the weather will be the biggest factor in a Seahawks’ victory. According to Manning’s stats, he has a history of underperforming in cold weather games.

“I wish Peyton could win one last Super Bowl, but I really don’t think he has a chance,” Veltema said. “Outdoors and Richard Sherman will be too much for him.”

Not every student plans on watching the Super Bowl though. Senior Danielle Cook said she’ll only watch the game if friends invite her to watch it. Cook said if she does watch the game, the commercials will her favorite part of the festivities.

“The commercials are the best part,” Cook said. “If I was at home though, I would watch it with my grandma. She is a big football fan.”

The student lounge area in the Bovee University Center, residence hall lounging areas, and several spots on and off campus such as O’Kelly’s Sports Bar and Grill will be open to students interested in watching the big game.