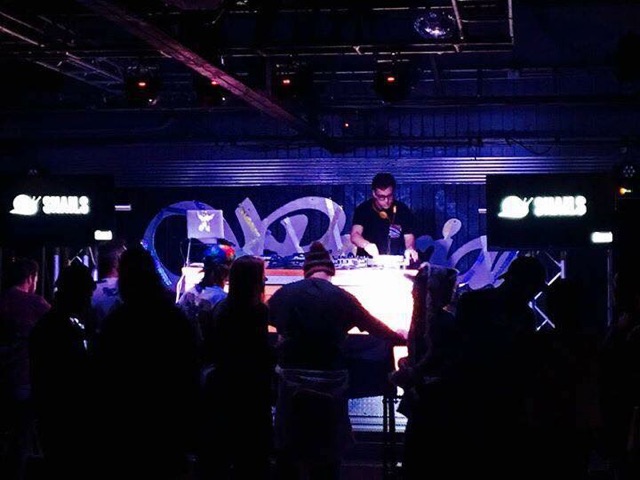 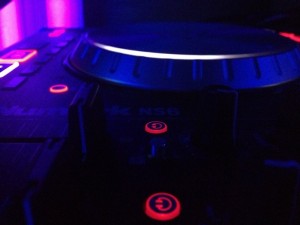 Neck kinked holding in place the right headphone, while the left headphone is pressed not against his ear but against his lower skull. His shoulder pulsing constantly keeping time with the beat as the music rapidly builds. The booth lit up with the lights from the dance floor, but his face is lit from the light of his board. The left hand lightly spinning the vinyl shaped table, as the right taps a button increasing the BPM (beats per minute) raising everyone’s heartbeat in the room. There’s no shake. Every muscle has memorized this set, every nerve is steady, he knows that the crowd is moving ready for the bass to drop. His mind is clear as the BPM matches his heart rate and the music reaches its peak.

Being a disk jockey is about knowing the formula to get a crowd moving or that is what Constantine Koukios, Grand Rapids senior, thinks. The formula is about understanding the environment, the crowd and how the set fits with them. It’s a bell curve, his set starts around 123 BPM and the level raises slowly until it reaches around 130 BPM.

“The formula is different depending on where you are DJ-ing.” Koukios said. “Because it’s about teasing the crowd till you get to that peak moment (in your set) then slamming them with the best tracks and keeping up that pace until the end.”

To keep up with current trends in the electronic industry Koukios adapted the name DJKOUKS and has begun producing his own electronic music. After learning audio basics from Professor Tiffani Waite, he continued his path to understanding and mastering his own beats in more advanced audio courses. 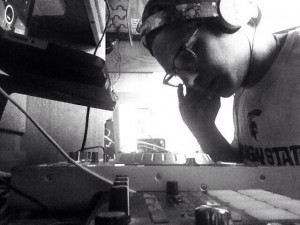 “The only way I’d be able to make it if I keep doing this is if I produce my own stuff,” Koukios said. “DJ’s that tour the world, who are the best of the best, they make their own music and remixes. There is no way that I can get big (at DJ-ing) if I just play other people’s music.”

“Having his own mixes will make him able to cater to different audience types,” Waite said. “But with that you will also learn the difference between what is crap and actual good music. You never know what you are dealing with whether your crowd is drunks, hippy want to sit around all day types or people dropping harder drugs who want to dance for 16 hours. Producing will help in reading audiences.”

One of his friends Haben Fitwi, has been there since the beginning of Koukios DJ-ing, he enjoys that Koukios is different then current artists, Fitwi described Koukios as more demanding of set control and more about the music then the fame.

“He’s big on the music but not the drug use associated with it,” Fitwi said. “People only seem to remember the drugs they took at these festivals and concerts, not the music they heard. He gets heated about it. He said going once to the show would be fun, but why be high when you can’t remember any of the performances you heard.” 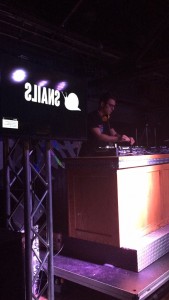 Koukios begins to change tracks. Raising once again the BPM of his music by a small increment of about three beats. The dance floor lights up. Bodies begin to crash, sweat glistens whenever the light passes by, and drinks fall to the floor. As he looks past the booth speakers, a smile emerges on his face.

“It’s really fun, it’s cool to be the guy who controls the party,” Koukios said. “The charts always change and people too as a culture. One week there’s this sweet remix to Trap Queen and then the next there’s one to Hotline Bling by Drake. It changes all the time. You just never know. All the things we see now with DJs makes this a cool time to be in the electronic genre of music.”