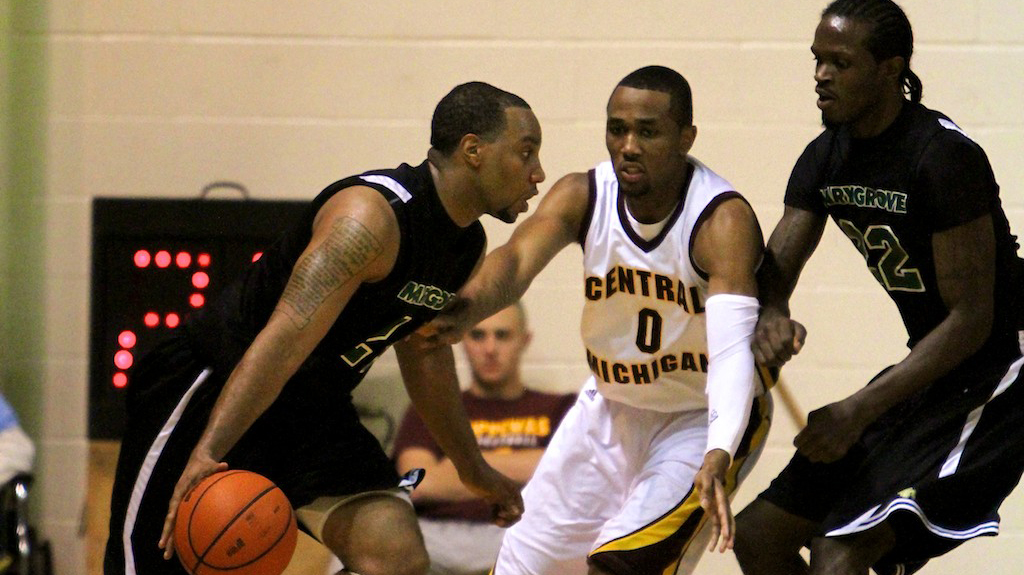 It’s safe to say the Trey Zeigler era has begun.

The most anticipated freshmen in Mid-American Conference basketball history was a force to be reckoned with during Wednesday night’s exhibition opener against the NAIA opponent Marygrove Mustangs, scoring 20 points in 22 minutes.

The Central Michigan Men’s Basketball team rode their freshmen star’s contribution to an easy 77-38 win over Marygrove. While no one expected the Mustangs to match the firepower that the Chippewas could offer, Central was able to get solid outings from two other newcomers.

Jackson, widely regarded as the second best recruit for Head Coach Ernie Zeigler, led all Central players with 26 minutes of game action, during which time he had an impressive lay up near the end of the game drawing the foul against a Marygrove defender.

Whereas Coimbra aside from being listed as the tallest player on the team at six-feet, nine inches, proved Wednesday night he can shoot from the outside, as he made both of his three point attempts from the field.

At his media day press conference Coach Zeigler mentioned how the coaching staff has been implementing more fast break plays than in years past. Wednesday’s exhibition game saw this put to the test as the Chippewas scored 39 points off of turnovers and had 13 fast break points.

The Chippewas will get the regular season portion of their schedule started on November 13 in Hawaii taking on the Cal State Fullerton Titans.

First team All-Mid American Conference pick Trey Zeigler and the Chippewas will usher in the new era of Central Michigan athletics and the first game in the new McGuirk Arena on December 1, taking on Atlantic Ten Conference power Temple.