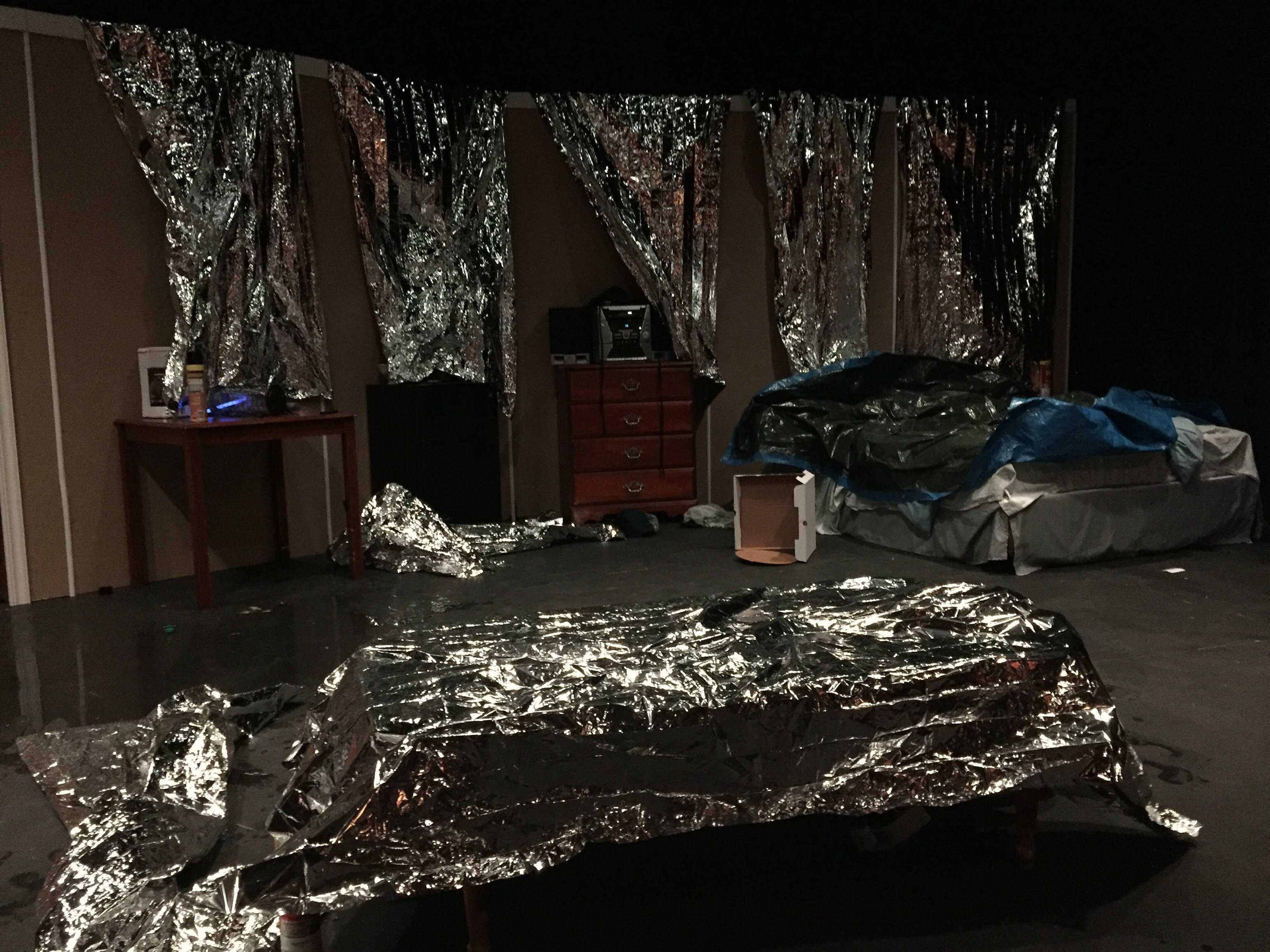 “Human beings inherently are social animals. We define and fufill ourselves by and with our families and tribes. So what happens when someone becomes cut off from others? Do they accumulate dark wisdom like hermits from other tales? Or does something more sinister happen? This play, at its heart, is about the lengths to which we will go to starve off a crushing pit of solitude. It’s important to remember that while Agnes and Peter are practically the dregs of society, they are not responsible for their isolation. Society in general, everyone, we ourselves are the ones that turned away from them and as such, for their fate, we are culpable.”

This speech is included in the playbill for “BUG,” a play that was performed at the Theatre-on-the-side at Central Michigan University on Friday, Nov. 20, capturing the dark and confusing nature that the play encompasses.

The play is about two strangers, Agnes (played by Faculty Member Keely Stanley-Bohn) and Peter (played by 5th year Secondary Speech major Alex Cabala), two people who meet with equally sketchy and dark pasts. The play is set at an old motel on the outskirts of Oklahoma City, and as the play goes on the setting gets more and more dirty and dreary, perfectly reflecting on the psyche of the two leads.

You would have no idea while watching this great production that it was not only directed by a student, but was a student’s first time directing. Richard Bronson, the senior director, was intimidated by the job, but worked very hard on the production.

“One really nice advantage of directing as a student is that I don’t have to prove anything to anyone. I don’t really have a reputation as a director so I’m free to fail, which let me try things no matter how stupid they are,” Bronson said.

The two leads, on the other hand, have had a lot of experience on the stage. Cabala had previously acted under the direction of Stanley-Bohn, but they had never worked on stage together.

“When I first found out she [Stanley-Bohn] was Agnes, I was really nervous to work with not only a faculty member but an actress who is much more experienced than me,” Cabala said. “After my first rehearsal with Keeley I felt so much better and knew this process would be amazing.”

When watching the production the nerves were unapparent as all of the actors and actresses did great, with little to no slip ups of lines at all.

The stage crew also did a great job as the sets and props all fit the story to a tee and the makeup was top-notch.

“The work of the cast and crew of ‘BUG’ has only reaffirmed my belief in the talent and dedication of the students in our program,” Stanley-Bohn said. “They are uniformly impressive with their commitment to the rehearsal and production process.”

One of the most amazing things about the production leading up to show time was the alarming short amount of time between initial concept and premiere night this past Friday.

“We only had about five weeks to put this whole show up, and we only just moved into the theatre we’re performing in (Theatre-on-the-side) this past Sunday,” Cabala said.  “Nonetheless, we are ready to open and show the world this amazing production we have been working so hard to produce.”

“BUG” was a dark and entertaining experience all around. Watching the two characters delve slowly into madness as the play went on was both fascinating and sad leaving the audience exiting the theatre confused as to what was real and what was fake.