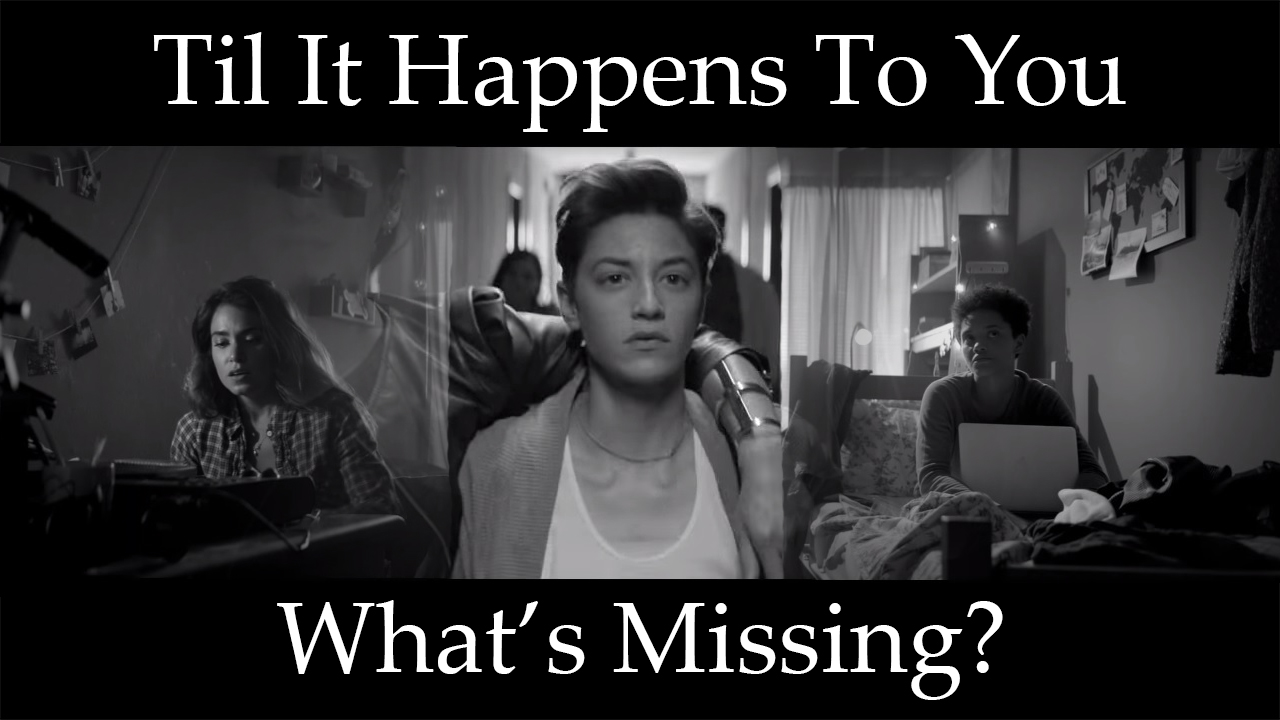 Lady Gaga is turning heads once again. But instead of head turns from her unusual and extreme wardrobe, Gaga has been noticed for her latest work and its attempts of raising awareness about sexual assault.

Now, before diving into aspects of her latest creation,”Til’ it Happens to You,” it’s essential for people to know all proceeds from this song and video go towards combating sexual assault and abuse. In fact, the music video itself follows the stories of three survivors of violent sexual assault, the aftermath and recovery stages.

“Til it Happens to You” is a wonderfully crafted public service announcement showing the effect sexual violence has on its survivors. It also speaks up about an issue that still has people placing blame on the victims for the consequences of someone else’s actions.

The way our society deals with sexual assault is unkind and aggravating to victims. I believe that “Til it Happens to You” only perpetuates the continued belief that only violent assaults are valid. Media is so focused and bent on perpetuating the weird and violent that the only way to spark attention for a social cause is through depictions of violence. I believe this to be unfair. For unknowing viewers, this is a spark to possibly ignite social change. But for actual survivors, I can’t help but think that only some are being represented in this video and that they could begin to feel ostracized for not fitting the mold of what is portrayed.

But I do have to say that as a society two things sell: sex and violence.

As the media we are told to focus on the striking and different in order to spur interest. And that is exactly what Gaga aimed to do in this video to spur interest of viewers.

Unfortunately, the benefits that this video provides to viewers and general society will be short lived. People may have turned heads at first, but soon they will go back to making rape jokes and shaming women for their appearance. My other curiosity is after this one week of widespread support and care felt for victims, how many will go back to immediate reactions of blaming victims and saying, “they were dressed provocatively.”

It’s an experiment and it’s goal is to spur social justice for a crime that is continuously mishandled. The song itself is a great message to people but not for all types of sexual aggression survivors.

My hope, though, is that people take the message of this video to heart and look past the violence to the base of the issue. I want a society that rallies to the support of survivors and that looks to imprison those responsible for assault.

This is an issue that needs to approached in a multifaceted fashion.