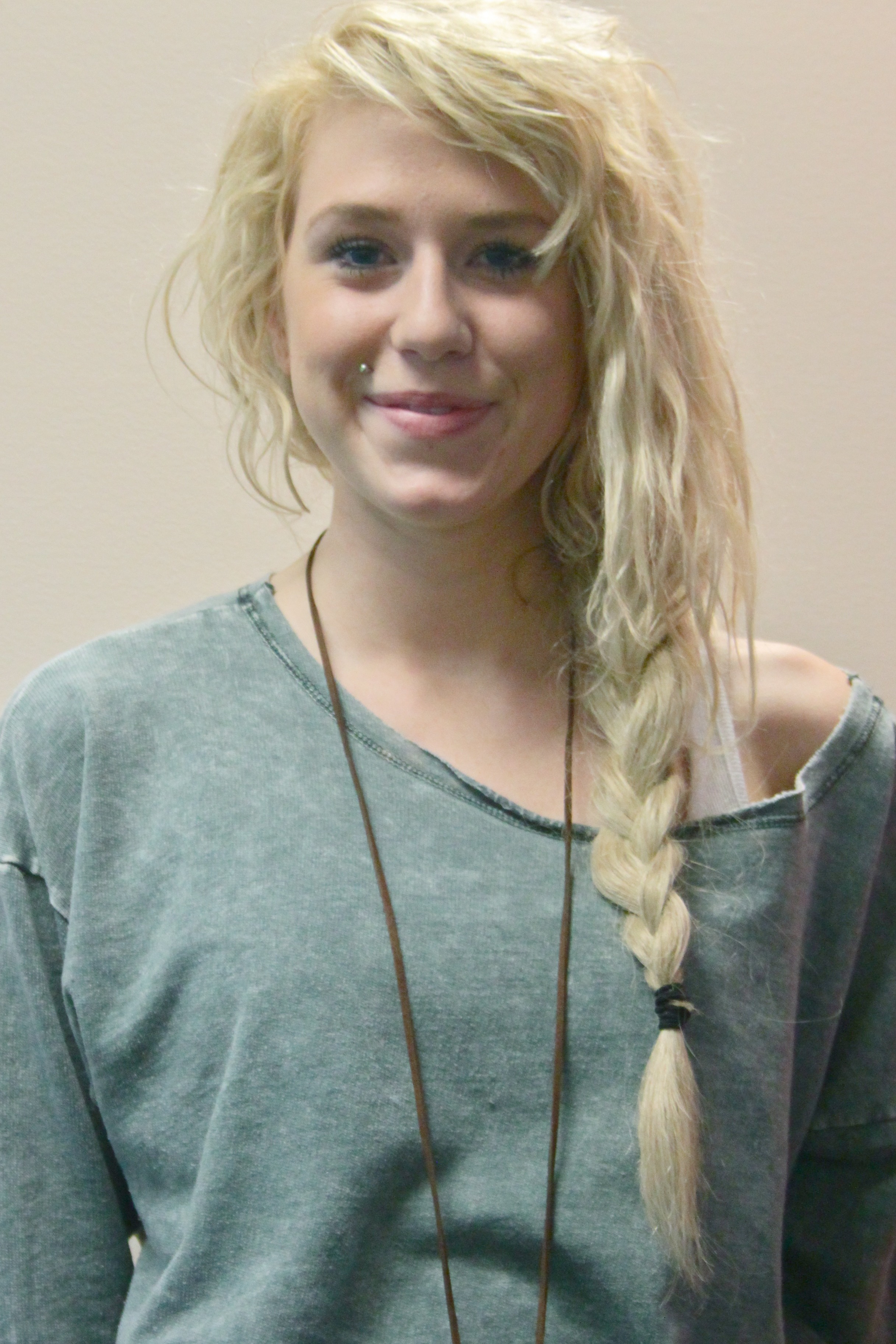 If you saw her, you’d judge her. Blonde crinkled messy hair, a hoop nose ring and brown boots salted from winter; her style is a casual, stylish slop of a college student. As she pulled a piece of hair,  gripped her elbow and tapped her feet nervously in the fashion of Dorothy, wishing for home, she searches for exactly what she wants to say.

“I guess I don’t really know anything you could write about me, like I’m not really that interesting.” Marlee Septak, Central Michigan University freshman said.

No interesting like her preference to wear her socks inside out, because they look better that way?

Like going to school to be a journalist because she longs to travel but in reality, she would much rather do hair and makeup just like her cosmetologist mother.

Like her intense fear of dogs because her grandfather’s poodle used to bite her when she was younger.

Like her shyness that used to prevent her from even ordering her own meal in public.

Like her tattoos, four of them, including two koi fish on the backside of her wrists representing her astrological sign, Pisces, and a matching one with her three best friends since sixth grade.

Like her parents, who met at her father’s band concert.

Like her father, who turned down offers to go on tour to be with her mother. He thought getting married and starting a family would be more fun.

Like the fact that they are still married after 23 years and three children.

Like her 10 years as a cheerleader before she “just quit”.

Like losing one of her best friends to drug addiction.

Nope, not interesting at all.