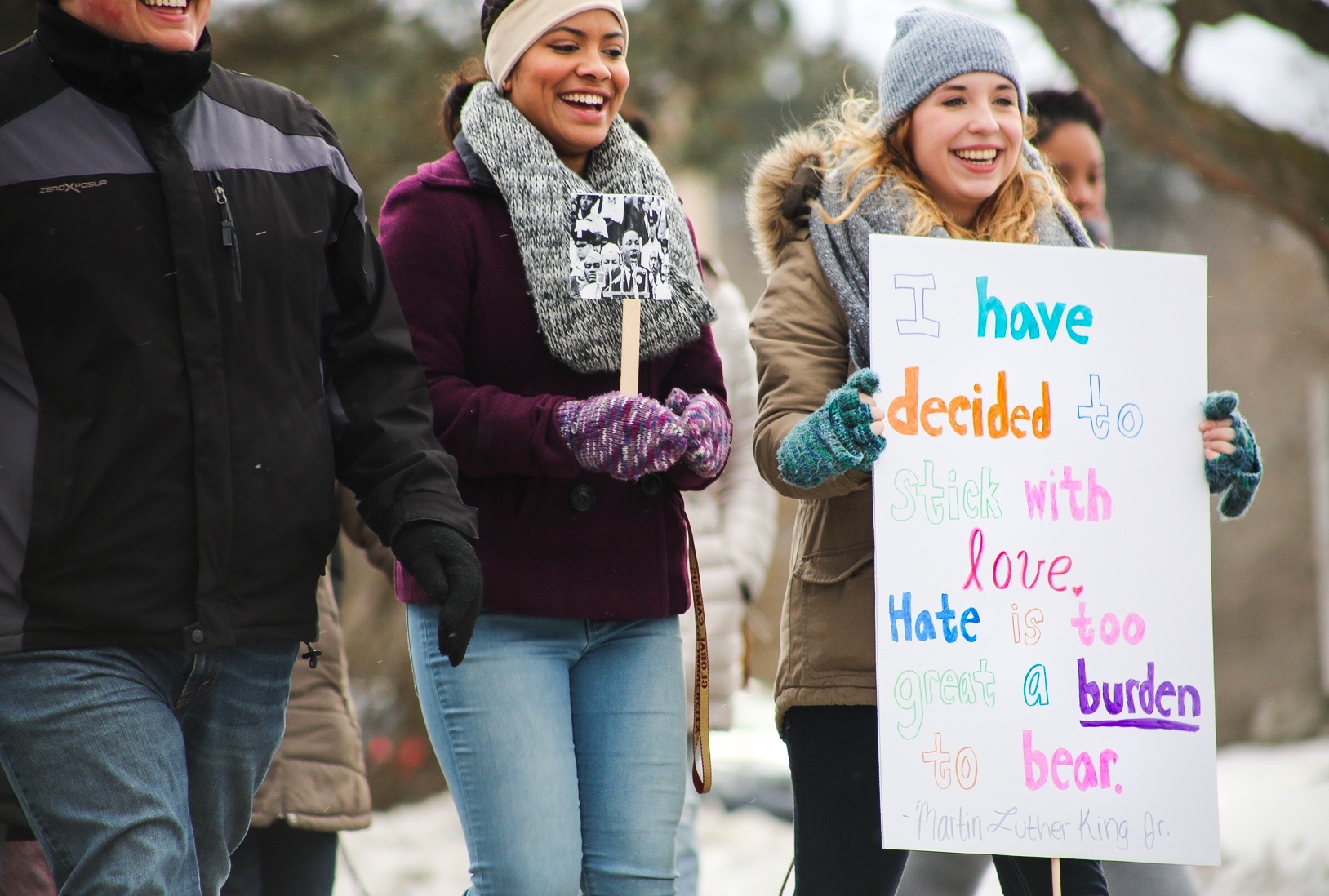 I am bi-racial. All of my life I have felt too white to be black, too black to be white. While some today often cite this world as a “post-racial society,” I am calling BS – It is clear to me that institutionalized racism and hidden prejudice is glaringly obvious in our world.

Living in a society that places such relevance on the social construction of race, it has been difficult for me to find my place and speak up about how I feel. But, as I have grown accustomed to this feeling, this is not what is disheartening for me.

If you were to compare me to my brothers and sister, my skin is unarguably paler than theirs. Because of this, many take me at face value when meeting me, and assume that I am white. While I understand that in this society this is a common mistake and should not be a problem, it becomes an issue when because of how I look, I am treated differently than members of my own family and those who simply have more melanin than I myself.

Because of the color of their skin, people of color go their entire lives devoid of the privilege that is given to white people, without their realizing or asking for it.

I hope I did not scare you away by using the words “white” and “privilege” in the same sentence. You see, one of the reasons racism runs so rampant in our country is that everyone is afraid to talk about it. No one wants to be blamed, accused or have fingers pointed at, for being given a societal advantage they may not be aware of.

Knowing you possess white privilege can elicit feelings of guilt, denial and even anger. To be able to talk and be open-minded, one must let go of those feelings and realize that white privilege is real, and it is given to you (not earned) by a society that still places higher value on being white (and male, and heterosexual and abled…) than on any other group. Then, you may begin to use your privilege to help fight the system.

Even though I am bi-racial, I have white privilege, because I look white.

Until people become aware of both of my races, I am given this societal advantage. It is up to me, as well, then, to use this to be a part of the solution to our racialized society.

The issue I have with Central Michigan University’s campus, which, by the way, is 78 percent white, is the apathy about fighting the system of institutionalized racism, or even worse, racism is treated like a joke, or “people of color pulling the race card.”

On our campus, people close to me have been called racial slurs, been snickered at for starting a conversation on race, been ostracized and felt uncomfortably alone in class and around campus when they are one of the few people of color.

Imagine for a moment, that your race has changed. How would you feel walking to classes, or in your classes, or when you see racist comments on social media or when you overhear racist remarks simply walking around campus?

We are a generation that is only a few years away from being the teachers, politicians, engineers, doctors, web creators and journalists of our world, and if we cannot address this issue, we will never reach a post-racial society.

So I urge you, those who are not people of color, in this week, which commemorates Dr. Martin Luther King, Jr. and in every week to become more involved in this fight. Learn about your privilege and how you can use it for the better. Attend the campus events that celebrate heritage and culture. Attend the lectures on oppression. Talk to your Multicultural adviser, talk to your friends.

Start the conversation, and don’t let it drop.