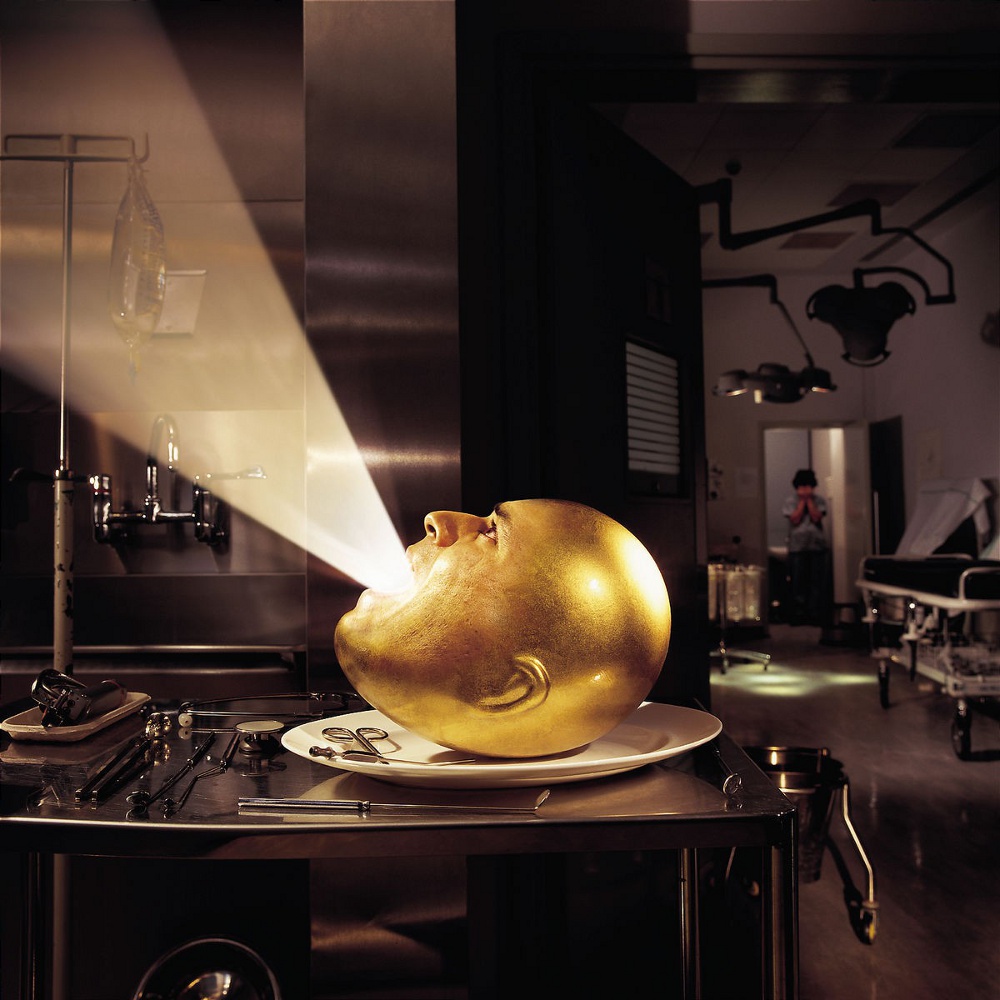 This album of the week is for fans of progressive, punk, Latin, rock ‘n’ roll and general high energy music in its purest form. The Mars Volta are well-known for their musical eclecticism. They’re one of the most easily recognized experimental bands out there. Both their influence on music and their musical influences alike are immeasurable. In short, they’re almost impossible to define. Regardless, I’m going to give it a shot.

The Mars Volta was formed following the breakup of guitarist Omar Rodriguez López’ and vocalist Cedric Bixler-Zavala’s old band, pioneers in the post-hardcore scene. Their band was called At The Drive-In, and it was formed in 1993 in Texas.

“De-loused in the Comatorium” was the first of many albums to be released under their new identity.

It’s difficult to put into words the awesomeness that is “De-loused.” The guitars buzz like a hive of pissed off hornets, and without warning, the sound suddenly switches to the delusional tones of a melody in a distant dream. The pounding jungle drums of “Drunkship of Lanterns” will make the most bitter stoic’s heart race. The thick bass lines ingeniously placed throughout the album are straight out of a Latin fantasy band; The Red Hot Chili Peppers bassist “Flea” (Michael Peter Balzary) lent his talents to the recording process.

Much of the album sounds like the landing of a spaceship. The rhythmic changes will keep listeners on their toes; they beg listeners to participate in the chaotic dance. Parts of the album feel like you are being chased through the jungle by the cast of Apocalypto. It’s the musical equivalent of losing your mind on Halloween night.

The album begins its spiritual crescendo, journey even, with “Son Et Lumiere.” It sounds like stepping into another dimension, and it may be the longest or shortest 95 seconds of your life; either way it’s a ride worth taking. Bixler-Zavala’s voice takes hold of the listener about halfway through the piece, coaxing them into a false sense of security, before the drums explode into an unstoppable groove at 1:14.

The keyboard in this track dances around the room, taunting the listener into a skirmish with themselves. Then, the music shifts abruptly into ¾, signaling the start of “Inertiatic ESP.” One can imagine the song as an accompaniment to a nervous breakdown at Dia De Los Muertos festival, or the Mexican Day of the Dead.

In “Roulette Dares (The Haunt Of),” the song stampedes through a melancholic romp through mania. The spacey tones are still there, but only subtly near the apex of the song. Rodriguez-Lopez takes the listener through a Santana-inspired guitar pilgrimage. The band sounds, all at once, alarmed and then relaxed, like the physical representation of manic depression. Much like the band is summoning spirits with their music, it has an eerie but euphoric vibe.

“Eriatarka” begins soothingly enough, persuading the listener that the previous intensity of the album has subsided. The dreamy vocals in the first bridge are even beautiful, but within a few seconds the music again explodes into a desperate wail. The quasi-musical temper tantrum that ensues defies physical logic. The song even breaks down into dub-reggae rhythms halfway through the song, until it again erupts into a sonic tornado.

The album finally finds a moment of peace in the ballad “Televators.” The beast has finally been wounded, so to speak. Accented with Spanish, acoustic guitar parts and mournful, tremolo-soaked lead guitar, the song sounds like it was written by an insane man, but under a period of sedation.

“De-loused in the Comatorium” is an excellent album, with endless replay value. It deserves to be in any enthusiast’s record collection, and it superbly showcases the band’s achievements.