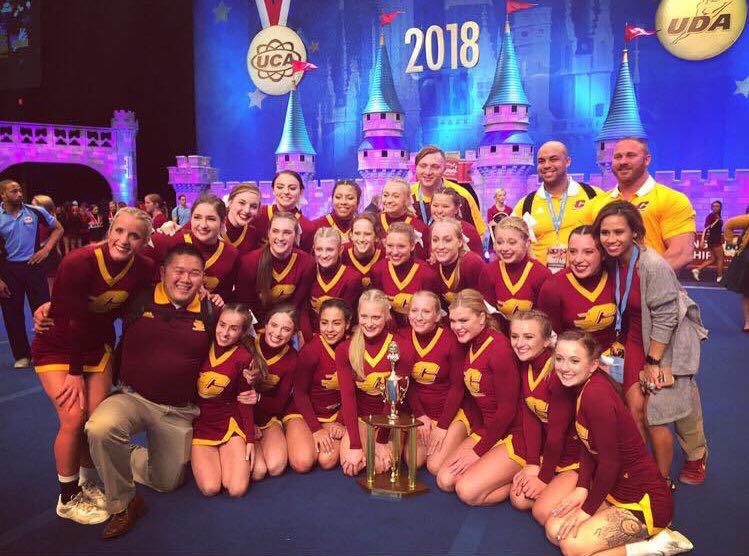 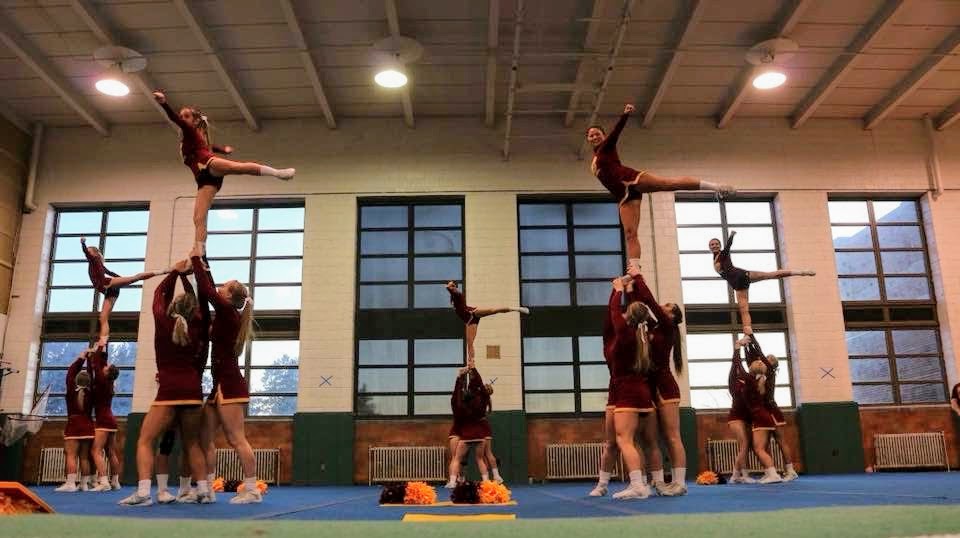 Central Michigan University is not usually known for their all-women cheerleading stunt team. These students are trying to change that. The team recently went to the D1A finals in Orlando, Florida, on Jan. 14 earning 10th place in the nation.

Kate Odykirk, from Mount Pleasant, is the team’s senior captain. She said they spent a lot of time practicing, even during breaks.

“Our whole team had to stay in Mount Pleasant for Christmas break,” Odykirk said. “We had 2-3 days, depending on what we needed to do.”

The team had a lot to prepare for. Odykirk also said that a big thing about finals is all their hours of practicing will show in a two minute and 30 second performance.

Olivia Conley, Shelby Township, explained the different categories of the scoring sheet for their performance.

“So on the score sheet, you have multiple areas: you have your tumbling, stunting, your pyramids, your dance, motions, baskets, and cheer,” Conley said. “There are multiple things going on in one routine.”

The girls also noted that their dance performance received the highest score, 4.8 out of 5, two years in a row.

Olivia Riley, Troy, has been looking forward to something like this since she was a younger.

“At least for me, how it felt to place 10th in the nation. I actually got into cheerleading 10 years ago watching ESPN and college cheerleading finals came on, and I was watching the all girl team, and I said, ‘I wanna do that, that’s what I want to do,'” Riley said. “So making it in to finals and placing 10th in the nation was the biggest deal for me. After 10 years, my cheerleading career is complete now after making it this far. I teared up the minute they said, ‘Cen-‘ not even, ‘Central’ like we did it guys!”

Taylor Fischer, Itasca, IL, said she felt great about being in the same level as well known schools.

“Usually these are the top dogs, like Alabama, Indiana, those are really good schools,” Fischer said. “To be even categorized with those schools is just amazing. This was the start to building up and we’re only going up from here.”

Fischer also said although they may have placed 9th before, placing 10th this year was more rewarding due to the increase in skill of those big name schools.

“We always say, ‘it’s a journey.’ Whatever we do is always a journey and to make it that, you have to fall and continuously get up,” she said. “If you have a mindset and are driven ultimately by failures and are OK with it, this is the place for you. You can do anything you set your mind to.”