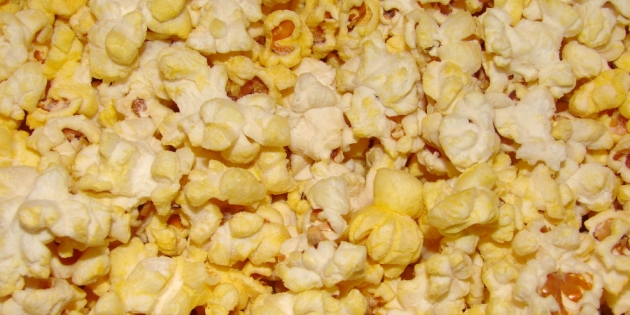 Finally, the last Twilight movie is here. “The Twilight Saga: Breaking Dawn — Part 2” is the conclusion of a  major cultural influence of our generation (for better or worse). Even if Twilight doesn’t impress you, many highly anticipated films are going to storm into theaters soon. In December, “The Hobbit: An Unexpected Journey,” “Les Miserables” and “Monsters, Inc. 3D” are all expected to make a splash in theaters.

Many students automatically go to the Celebration! Cinema to see the next blockbuster. But those willing to make about a 20-minute drive will find that the Alma Cinemas are significantly cheaper — though cheaper doesn’t exactly mean better. So is the Alma theater worth the drive?

One of the biggest issues I have with Celebration! Cinema is they advertise that for an additional 50 cents, you can get “real butter” on your popcorn. Real butter? What is fake butter? Customers should feel more reassured when buying with their hard-earned money.

An issue with the Alma Cinemas is the generally dull and empty atmosphere as opposed to the very colorful and lively Celebration! Cinema in Mount Pleasant.

Celebration! general manager Christopher Cooling said his theater has state of the art picture and sound. The cinema has 11 screens carrying a variety of films. However, according to Cooling, the main concern is focused upon customers having a great moviegoing experience and friendly customer service. Cooling added that the convenient location of his theater has contributed to its success.

Some CMU students feel that they would make the drive to Alma for their movie mission.

“It would get me out of the town for a little while, even if it is only 15 minutes away,” Freshman Ashley Shearer said.

Despite the clear price difference for tickets, moviegoers must account for the cost of gas to drive to Alma, but the Cinemas offers many promotions. For example, on Tuesdays, most movies cost $5 with $2 concessions including pop, candy and popcorn. The Alma theater also offers a “Dinner and Movie” deal, which includes two movie tickets and a $25 gift certificate for a grand total of $39.

In this battle of the bucks, I have to declare a tie. Although the price difference clearly favor Alma Cinemas, it’s ultimately up to customers to decide whether or not they want to make the drive. Despite the theater choice, students should always bring their IDs. Many movie theaters, including both Alma Cinemas and Celebration! Cinema, give a discounted rate to students.