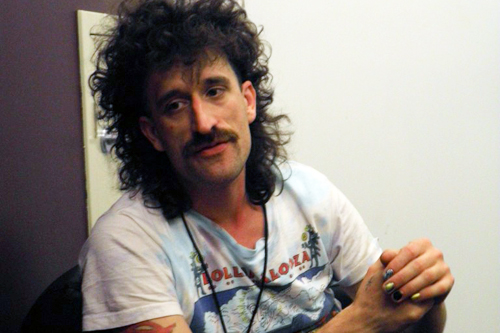 Beardo. The name hardly says it all.

Ke$ha’s touring partner, straight from the mean streets of Allentown, Pennsylvania, has been shaking things up since his college jazz career took a break.

The rap/rock sensation associated with Dirt Nasty, Mickey Avalon, and Andre Legacy has been featured on the VH1 reality show ‘The Rock Life’ (with Whitestarr), High Times Magazine, Thrasher Magazine, and the cover of L.A. Weekly. (Not to mention has had plenty of private hangouts with Snoop Dogg.)

Beardo (Jeramy “Rainbow” Gritter) gives Grand Central Magazine his side of the story. This exclusive audio interview from Ke$ha’s “Get Sleazy Tour”, which visited Central Michigan University’s McGuirk Arena February 25, reveals the man behind the persona.