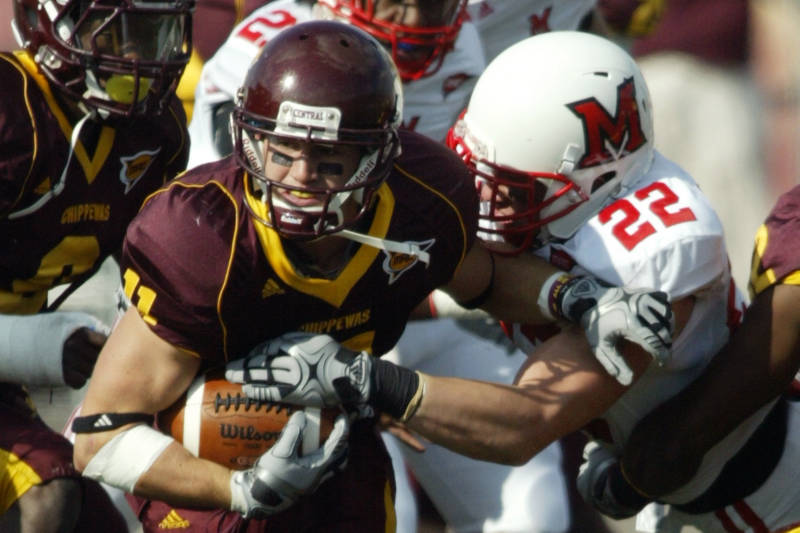 Junior quarterback Ryan Radcliff received a lot of the blame for last season, which in all fairness is a little unjust. Radcliff had an extremely impressive statistical season while piling up close to 3,400 yards of passing, good enough to rank him at 12th nationally. In order for Radcliff to help restore this program, he will need to cut down on his interceptions as he threw as many balls to the defense as he did touchdowns to his own team (17).  With a full-year as a starter under his belt, the time is now for Radcliff to shine because if he doesn’t someone else will.

Wide Receiver Cody Wilson returns for his junior campaign after exploding for 83 catches for 1,137 yards and five touchdowns. Wilson also played a very big role on special teams throughout the year. Wilson was voted a team captain along with Radcliffe by his peers entering the 2011 season. He has proven to be a leader on and off the field for this team and has the ability to be a game changer for Central this season. A lot of their success will depend on his playmaking ability.

Middle linebacker Mike Petrucci will be counted on to play a large role in turning around Central’s defense, as the defense allowed 170 rushing yards a game in 2010. Petrucci filled a large role for Central last season as he started two games in Nick Bellore’s absence, now he must be the permanent replacement for Bellore. He has been given the controls to this defense, hopefully that means good things for Central.

What to watch for

Central’s biggest question this year will be if they can produce a more balanced attack on offense. It was far too easy for opposing defenses to guess what Central was lining up to do. The passing attack put up impressive numbers but were they really that impressive to go with a 3-9 record and only two wins in the MAC?

In order for Central to have any success this year, they will need a running back to step up and take over the lead role to balance this potentially dangerous offense. Once teams realize that they have to stop more than the air raid, watch for Central’s offense to thrive.

Can the defense recover after a disastrous season? Last year the defense was supposed to be the strong point coming into the season after having just lost elite offensive players in Dan LeFevour and Antonio Brown. The defense was unable to find their grove all season long and consistently let the offense down.

The defense failed to even come close to expectations last season as anyone and everyone ran all over them at will. Central can’t expect to allow teams like Ball State to run for over 300 yards and have any sustained success.  For this team to rebuild, it starts on defense. The offense has showed that it can put up the necessary points to win, the defense needs to find itself again and return to playing at a higher level, which they are more than capable of doing.

Central has the ability to bounce back in the MAC this season. They have the talent on both sides of the ball to work their way back towards the top of the conference. Head Coach Dan Enos needs to get his defense motivated right out of the gate and needs to establish a running game to go with the potent aerial attack for this team to return to postseason play.

Don’t throw this team under the bus just based on last season; they have the ability to make people forget about 2010 altogether. This team is a year removed from dominating the MAC for close to half a decade; give them a chance to restore your trust. The MAC is wide open and its anyone’s for the taking, so why not Central?