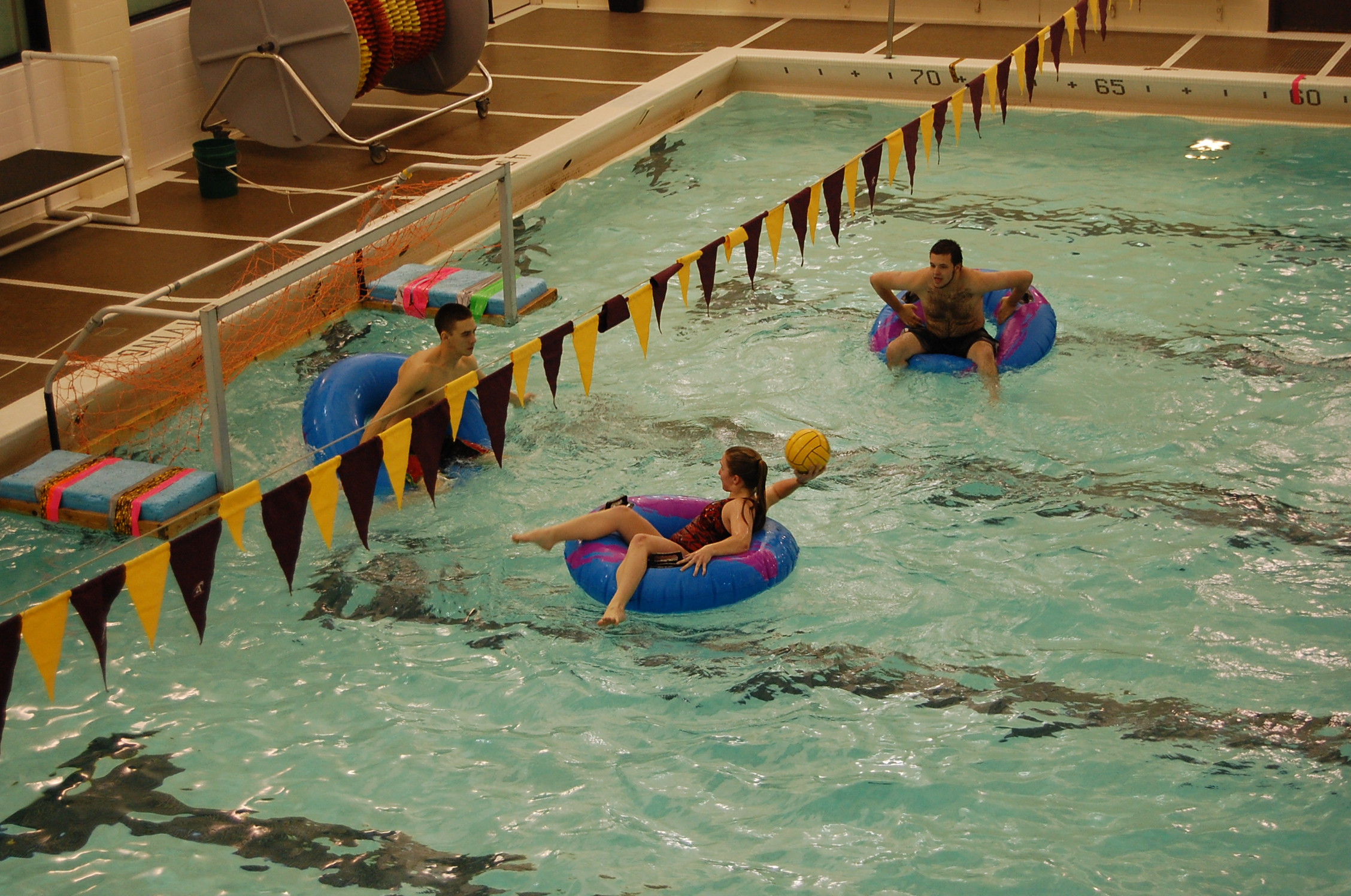 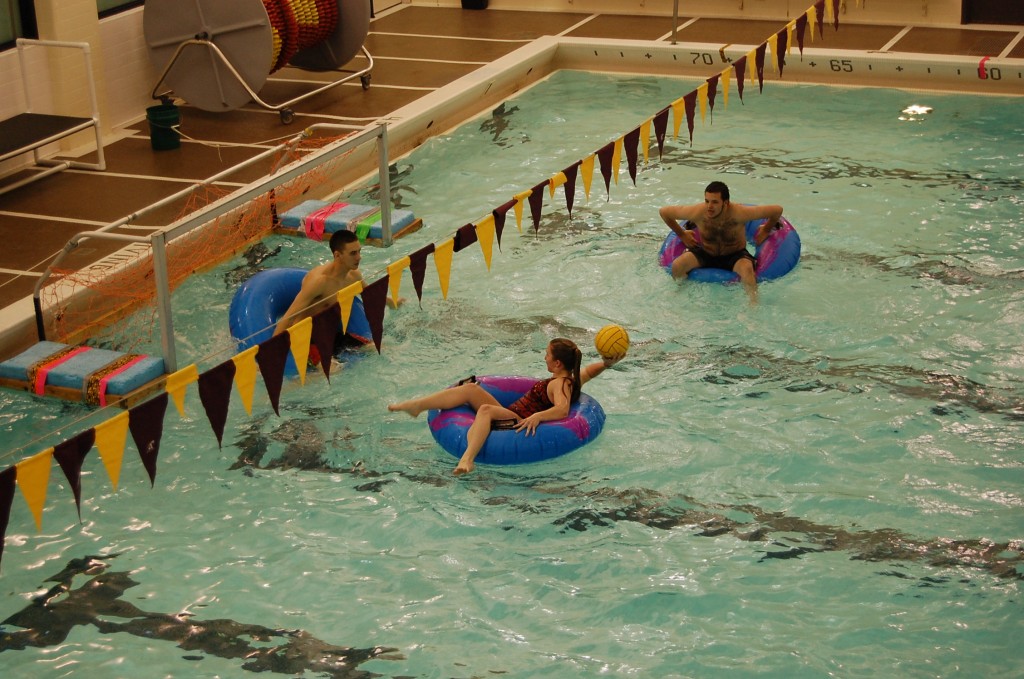 The intramural sports program at Central Michigan University is one of the most recognized in the state. There are numerous sports and leagues that anyone is free to join. From flag football in the fall to basketball in the winter, Central and University Recreation and Conferences have something to help keep its students active.

This sport is not much different from regular water polo except for the fact that those participating in the game float around on inner tubes.

OK, so it’s a lot different.

Every year URec puts on an inner tube water polo tournament at the Rose Pool.

“It’s a co-rec tournament so we have three males and three females in the pool at one time,” URec Assistant Director Scott George said. “This is one of our special events so we are strict on the rules.”

URec decided to make inner tube water polo a sport three years ago after a graduate assistant in intramural sports, Michael Walters, came over from San Diego State University with the idea.

“This was a sport that they had done over there, and it was something that he wanted to try out,” George said.

This may sound like a laid back sport but it can get quite competitive and can prove to be quite exhausting. Despite the fact that athletes occupy inner tubes for the duration of a contest, they get fatigued from paddling from one side of the pool to the other, defending another player or attempting to beat somebody to the ball. In fact, this new sport is even getting praise from athletes who have experience in water polo.

Alex Arcina, a junior from Troy, Mich., has been playing water polo for seven years and is currently playing for the Central club team. This was his first year playing inner tube water polo and he seems to enjoy it.

“I love it, it’s a lot of fun,” Arcina said.“It’s a lot different than normal water polo but it gets more people to know about the sport and everyone can play and have fun.”

Inner tube water polo is also a very easy sport to learn for those out there who don’t know the rules. There is one goalie on each team to protect their respective net. The players have to stay in their inner tubes and keep contact to a minimum. Each goal is worth a point and whoever has the most points at the end of the game wins.

“We cap each tournament at eight teams,” Scott George said. “We want to make sure that the teams that pay to play in the tournament get their money’s worth and get enough games.”

With that being said, the sport is fairly safe to play and no participants have been injured over the last three years.

“There have been no injuries yet and we hope to keep it that way,” George said. “But there are some humorous moments because you are putting a bunch of people in a pool on inner tubes who are here for fun. Sometimes they try to dive off their tube and end up belly smacking into the water.”

More than anything, this sport is about having fun — and being a fan of sports isn’t a prerequisite.

“Some people who might not have been into sports as much come out here for fun,” said George. “And when they score a goal it’s really nice to see a moment like that.”