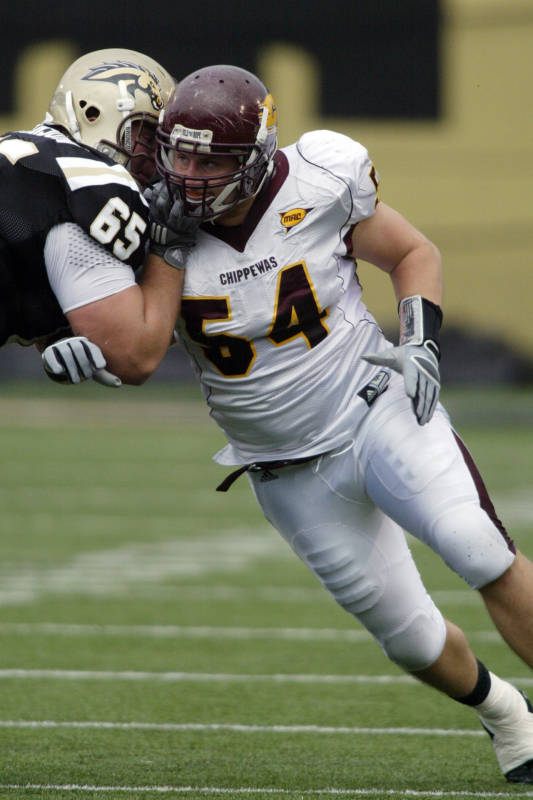 It’s more than just a football game, the Central-Western rivalry decides more than a winner and loser; it also decides who claims the Cannon Trophy and who gets bragging rights.

Those rights can mean more than one might think.

“It means a lot to me,” senior finance major Rod Helsen from Kalamazoo said. “A lot of my friends go (to Western), and we basically just want to prove that we’re better than them.”

The rivalry spans over a century, with the first matchup of the two schools in 1907.  Since 1943, the game has been played annually, with Western leading the all-time series 43-35-2.

The Cannon Trophy was introduced in 2008, providing a symbol for the rivalry.  It represents the cannons that are fired at both Kelly/Shorts Stadium and Western’s Waldo Stadium.

Central has won four straight matchups going into this year and boast a 15-2-1 all-time record against Western at Kelly/Shorts Stadium.

But just like any year, team records won’t matter once the ball is kicked.

“Even if you’re having a bad season, beating Western can change all that,” Helsen said.

Indeed, the Chippewa’s overall 2-7 record is not much to brag about.  Winning the rivalry game against Western could provide a bright spot and give a positive feeling heading into the off-season.

Fans might remember when the teams clashed in 2000.  A 1-8 Central team defeated Western 21-17 – a haunting memory for a Bronco team that finished 9-3 that year and won the MAC West.

Whatever the implications in the standings, Central-Western simply has a different vibe than other matchups.  Players admit the game has a special atmosphere, many of them stating “it’s not just a normal game.”

Due to the history, the Cannon Trophy and the passion of the fans, it really is more than just a football game.