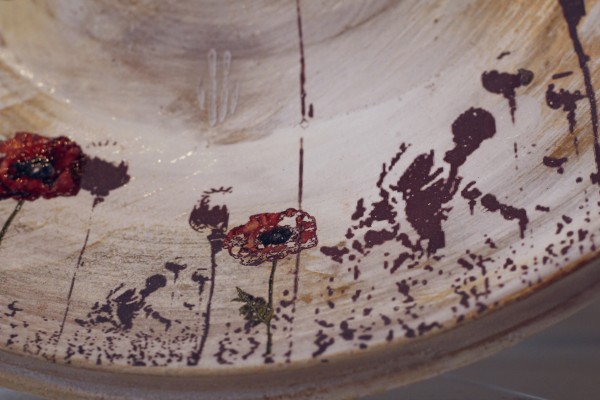 On Friday, Feb. 3, the Central Michigan University ceramics studio was buzzing. Curiosity and an eagerness to learn was cast upon the faces of the participants in the ceramics conference held in the north art studio.

The ceramics society welcomed three nationally established artists: Israel Davis, Justin Rothshank and Malcolm Mobutu Smith. All artists talked and demonstrated their craftsmanship and were glad to be there to help students learn and grow.

“This is an opportunity for students and the community members to interact with national known artists,” Stahly said.

The artists currently have work featured in the University Art Gallery — a factor in determining the choices for Stahly as far as who would be presenting at the conference. As well as having very available art, Stahly said that the diversity between all the artists was a factor that brought them in as well.

Although all artists were diverse in their work, one thing brought them all together: combining techniques hundreds of years old through traditional clay working and new age techniques of putting imagery on their ceramic work.

Artist Justin Rothshank is a production potter who applies decals to the housewares he creates, such as mugs and plates. One image that appears prevalent in his current work is that of poppies. While he admits they are a beautiful image — slightly drooping and in great contrast with the vivid red hue he chooses for them — there is a deeper meaning if the onlooker is attentive.

“This is actually an image of a poppy field in Afghanistan,” Rothshank said. “One of the reasons we’re at war in Afghanistan is because of the drug trade, which stems from the poppies. I want there to be a political statement that is behind something beautiful.”

He says that finding the deeper meaning isn’t necessary though.

Rothshank thought it was important for him to be there participating in the workshop; making connections early on to build off of is an essential part of succeeding.

For Art Gallery Director Anne Gochenour, finding these artists was as simple as asking, “What’s happening in contemporary ceramics?”

After much research and suggestions she was brought to these three artists. Among them is lively ceramic artist Malcolm Mobutu Smith.

Smith is first and foremost a teacher, and has a special bond to this conference: Stahly was a former pupil of his. Smith said that it was an honor to be called back to see the program Stahly has created.

Smith’s work touches on some heavier subjects, dealing with the anxiety he had upon Obama’s presidency. He takes stereotype racial imagery and integrates them into his work. His art has two sides: On one there is what Smith describes as monochromatic imagery, and on the other is a horrific image of a dehumanized minority. His work looks like it has layers; the onlooker has to visually peel away these layers to see what is really going on in his work and what he is communicating through it.

Smith held an artist talk in Indiana explaining the context of his art. He had about 30 people walk out on him during the explanation.

“It’s proof that the reason for doing it exists,” he said.

Smith hopes to teach students how to learn to create on the fly, improvise, and carve out a space or territory in an artist’s work to find new questions to be answered.

“Most of the ethic is about hip-hop improvisation, which is a jazz ethic and is the concept of improvisation,” Smith said. “Being able to create on your feet, in the moment, do what’s coming next. I try to keep that spirit alive.”

Along with the use of improvisation, he hopes to teach an extremely important skill to those attending the workshop — the “ability to feel self empowered; to keep yourself going.”

Although the workshop had a fortunately successful turnout, the real success was within the lessons taken and absorbed from the artists. These highly skilled artists were inspiring and brought different perspectives to the art culture on campus.