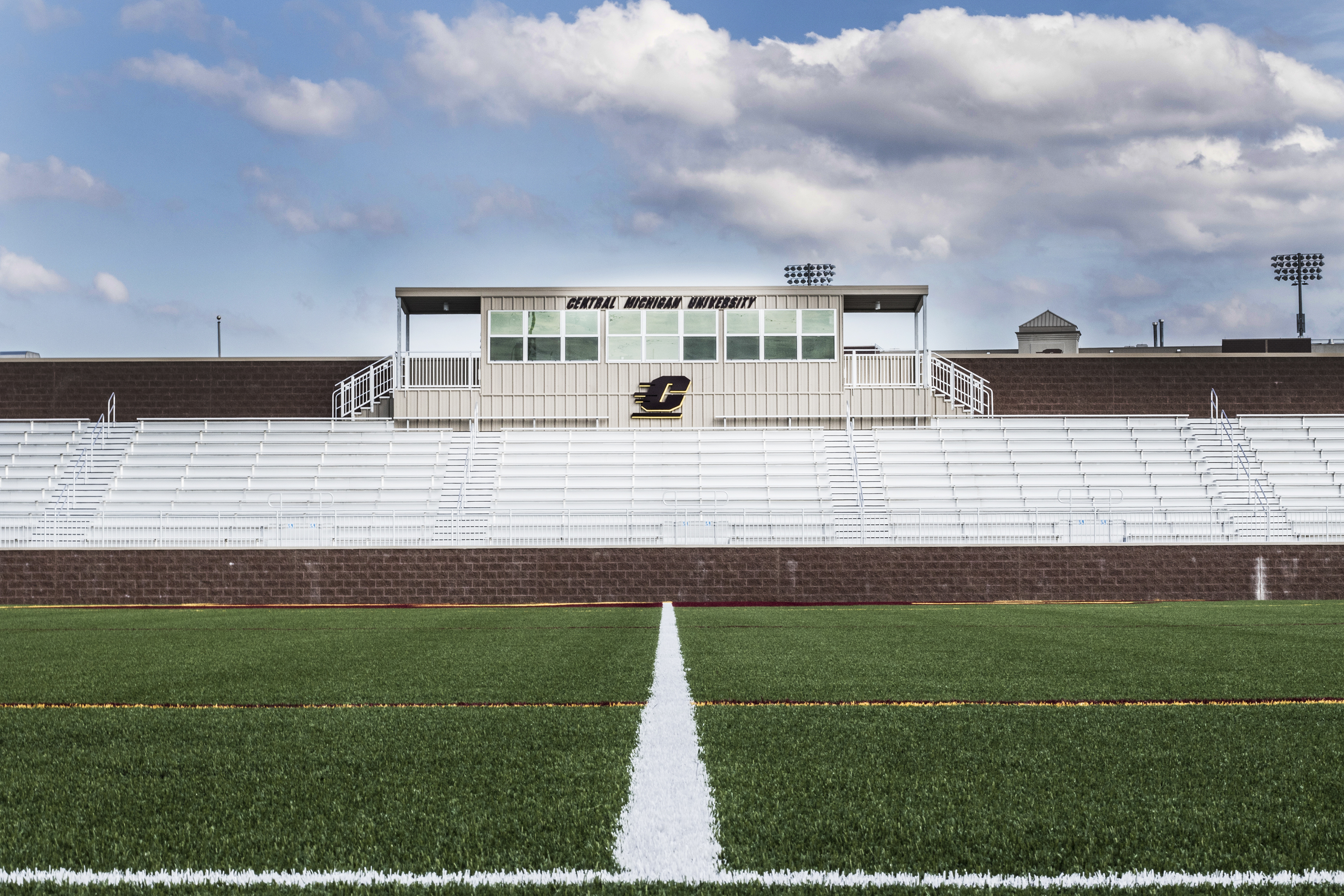 Central Michigan University hosted the grand opening of its new state of the art Student Recreation Facility on Sept. 24. CMU’s board of trustees approved the $8 million facility two years ago, with construction being completed over the summer.

This new facility features a lighted synthetic turf field with an adjacent building that includes locker rooms, coaching offices, training rooms, concessions and restrooms.  It is also equipped to have media broadcast events, including a press box for media members.

University Recreation Assistant, Vice President, Stan Shingles believes this project will be great for the university and athletics saying, “the facility has everything you want, we think it elevates everything we are looking for, especially for our clubs.” University Recreation hopes this facility will also allow the soccer and lacrosse teams to host more tournaments and provide more opportunity for a first class athletic experience.

There was a small issue with the fields both club and varsity teams were using, having experienced a lot of wear and tear since being built over 15 years ago. Some of these problems include poor lighting, warped dimensions in the soccer field and far distances from restrooms. Administration has shown great commitment to the project by investing such large amount of money into the facility.

Competitive Sports Associate Director Scott George believes problems of spacing for club sports will be solved after the construction of the facility.

“As our club sports has grown, there has been competition for fields at the outdoor complex, so having this outdoor facility definitely helps us,” George said.

Grant Meade, president of the Men’s Club Lacrosse team, gave great reviews about their new home as well. Players were having struggles seeing the ball because of the poor lighting at the outdoor complex. Meade also noted their new field is a large step up in quality compared to the intramural fields. Men’s Club Lacrosse is hoping their new top-notch facility will give them more credibility as a program and act as a draw for more athletes to join the team.

Administrators and athletes alike are buzzing about CMU’s latest multi-million dollar investment after the facility was unveiled. All those involved have spoken about the excitement and quality of the freshly complete Student Recreation Facility, and hope for big things in the future.