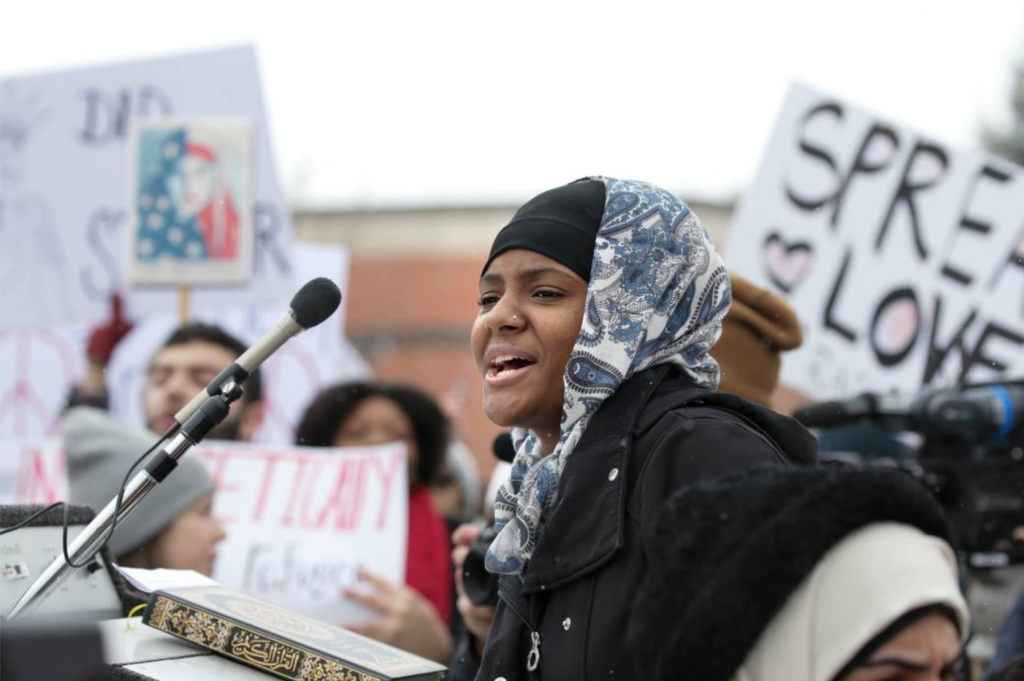 “Snowflake” is a term coined for today’s millennials, and more often, millennials who attend college. The definition of said word is “used to refer to young people, regarded as being over-sensitive and unable to cope with criticism or robust debate” It is mainly used by middle-aged people of the white demographic in response to the protesting of President Donald Trump. While they can express their freedom of speech just as those who are protesting can, there are some things that need to be addressed.

Recently, there have been many marches that have spanned around university campuses all over the United States. Here at Central Michigan University, we have had march opposing the Anti-Muslim Ban and an Anti-Hate march. All of these are protected under our rights of the First Amendment, and took place in areas where it is 100 percent legal to extend peaceful protest.

Looking at the comments on the official coverage of the marches, some people commented with remarks such as how these students should “go get a job or get back to class”, “they just want to skip classes and be whiney babies”, “…this is not the Central I know and love…”, or our personal favorite, “…oh forgot still living off your parents…”

The problem with these comments isn’t that they express a different view than those protesting. There are many groups on CMU’s campus that are inclusive to those who are not liberal, nor have any affiliation to which side to the government that they follow. The issue is how they are so hypocritical.

Let’s start with the fact that college students are most likely the same amount of informed, if not more, than the middle-aged generation who is coining terms for us. As a college student, you are required to take many classes, read many books, and take a variety of very different courses. Among these courses you learn how to critically think and analyze your environment.

Also, the generation that posts most on social media falls into the category of the typical age of a college student. With these stories and government updates, we do read them. We may have been born in a generation that relies on technology and being completely connected with the world- but that’s just it. We know everything that is going on all around us.

Just because our “ancestors” fought and protested before we did, doesn’t mean that their work is done.

We don’t always skip class for those marches, but it shouldn’t matter since know where our priorities are. If you say that people didn’t protest when Obama became president, look again. You will be surprised as to what a quick Google search can reveal.